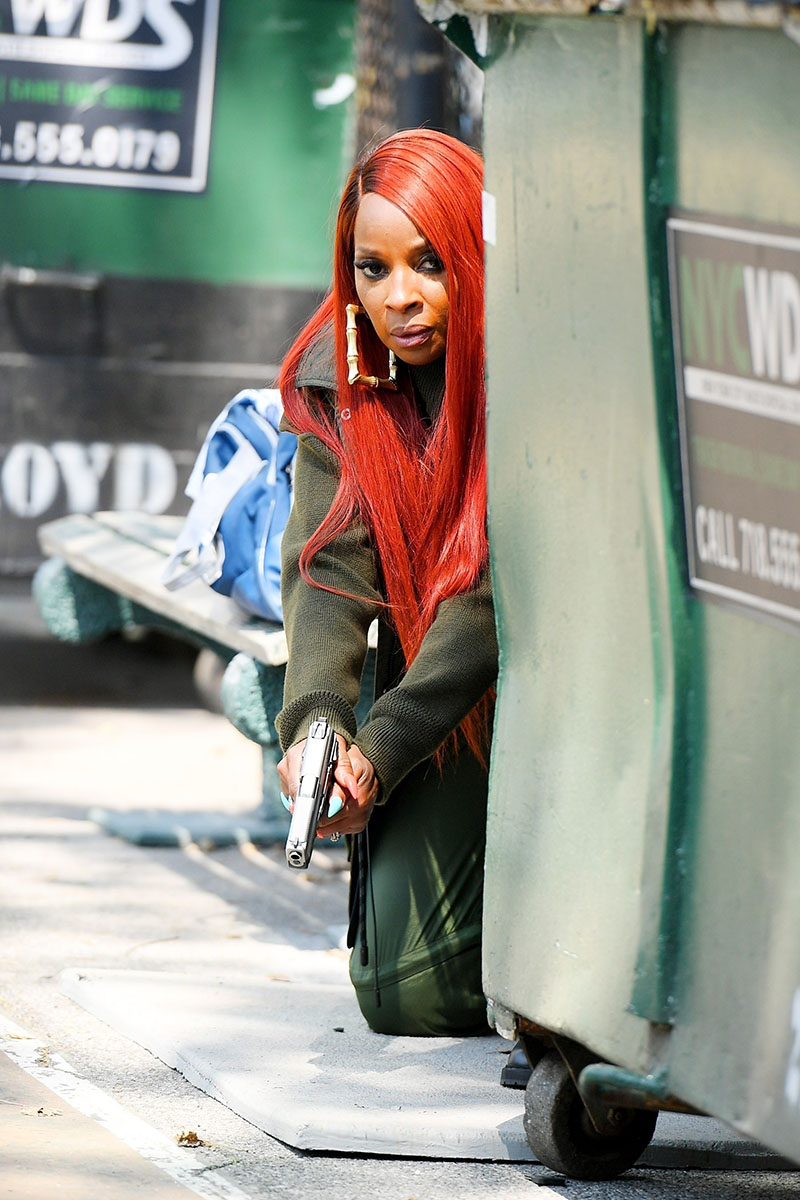 Singer/actress Mary J. Blige is seen brandishing a handgun on the set of "Power Book II: Ghost" in NYC on Wednesday, July 28. 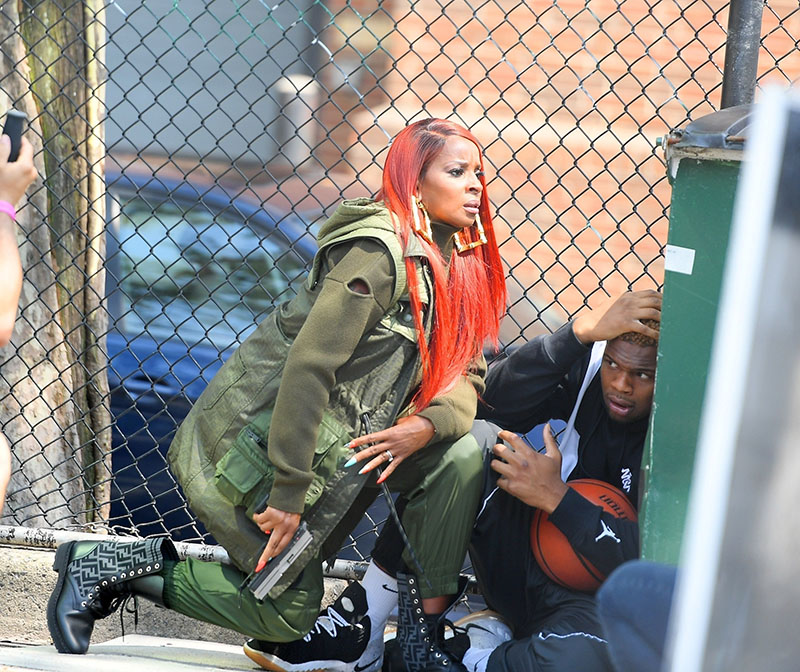 Blige is dressed in Fendi from head-to-toe as she crouches behind a dumpster for cover with a youngster during an intense shootout scene on a hardtop basketball court. 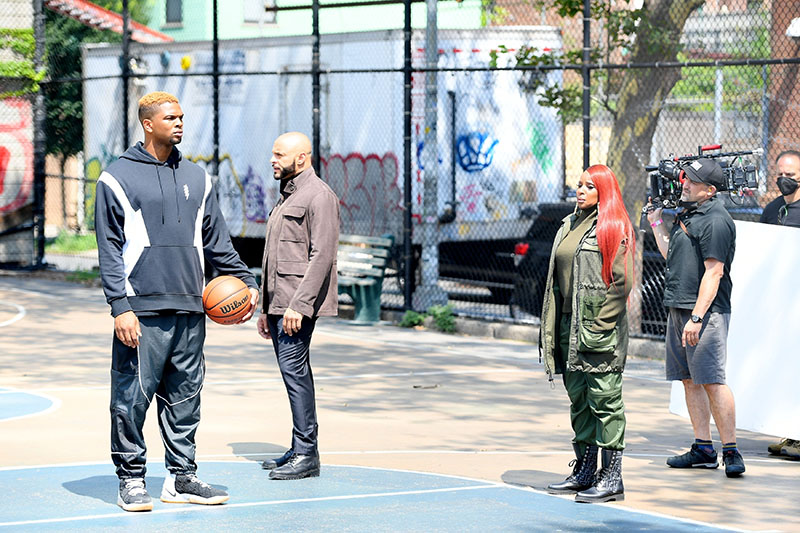 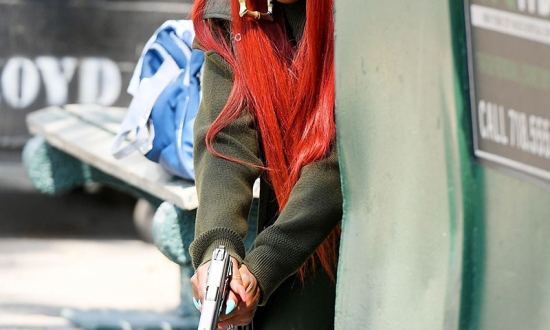 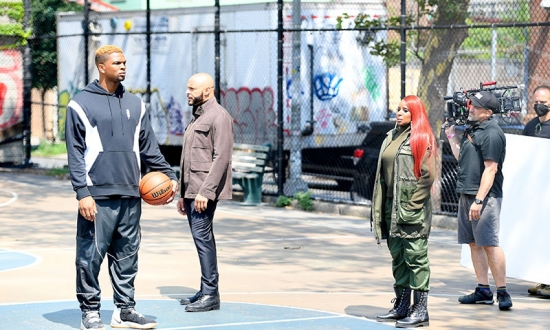 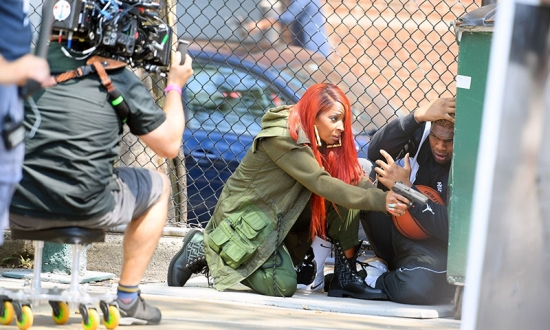 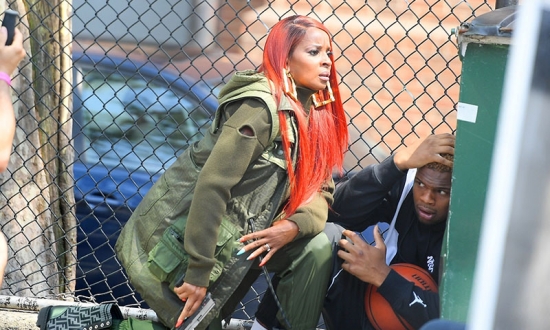