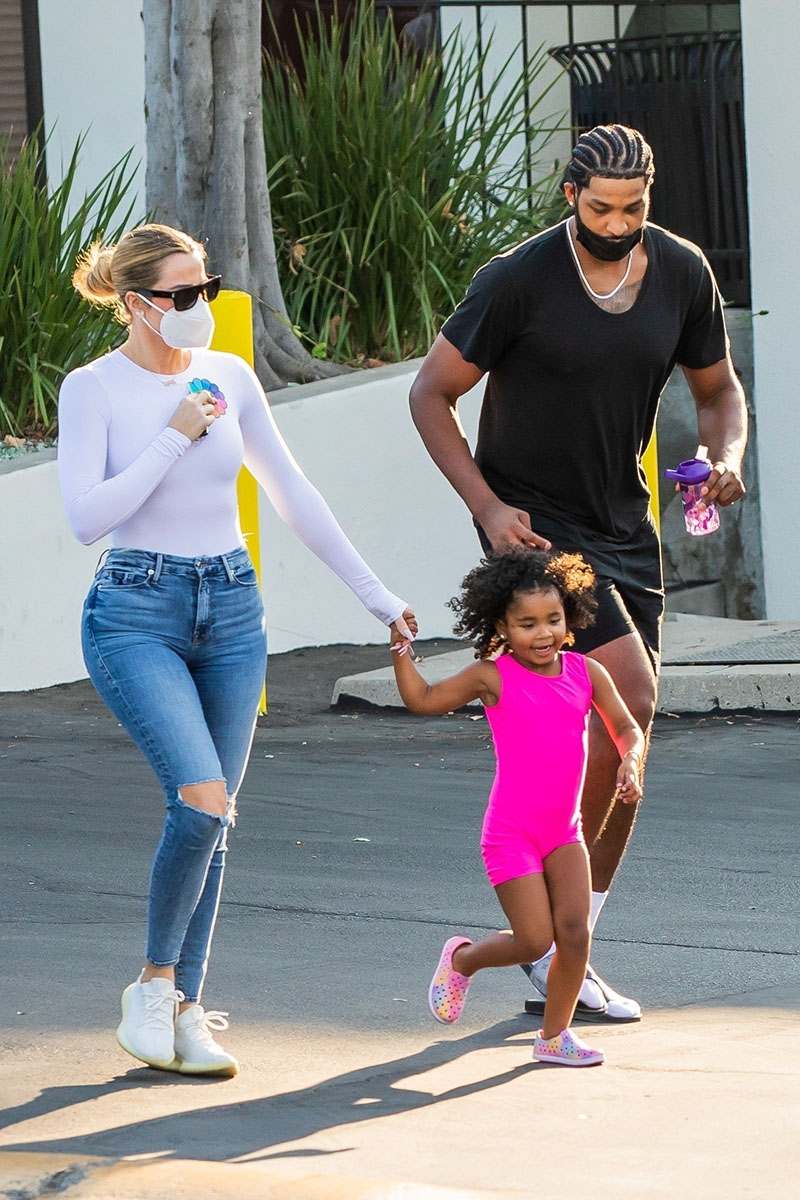 Khloe Kardashian and Tristan Thompson put their pride aside and got back together for the sake of their 3-year-old daughter, True Thompson.

The happy family was seen running to their car after having a fun time at the Tumble Tykes gymnastics in Woodland Hills on Monday. 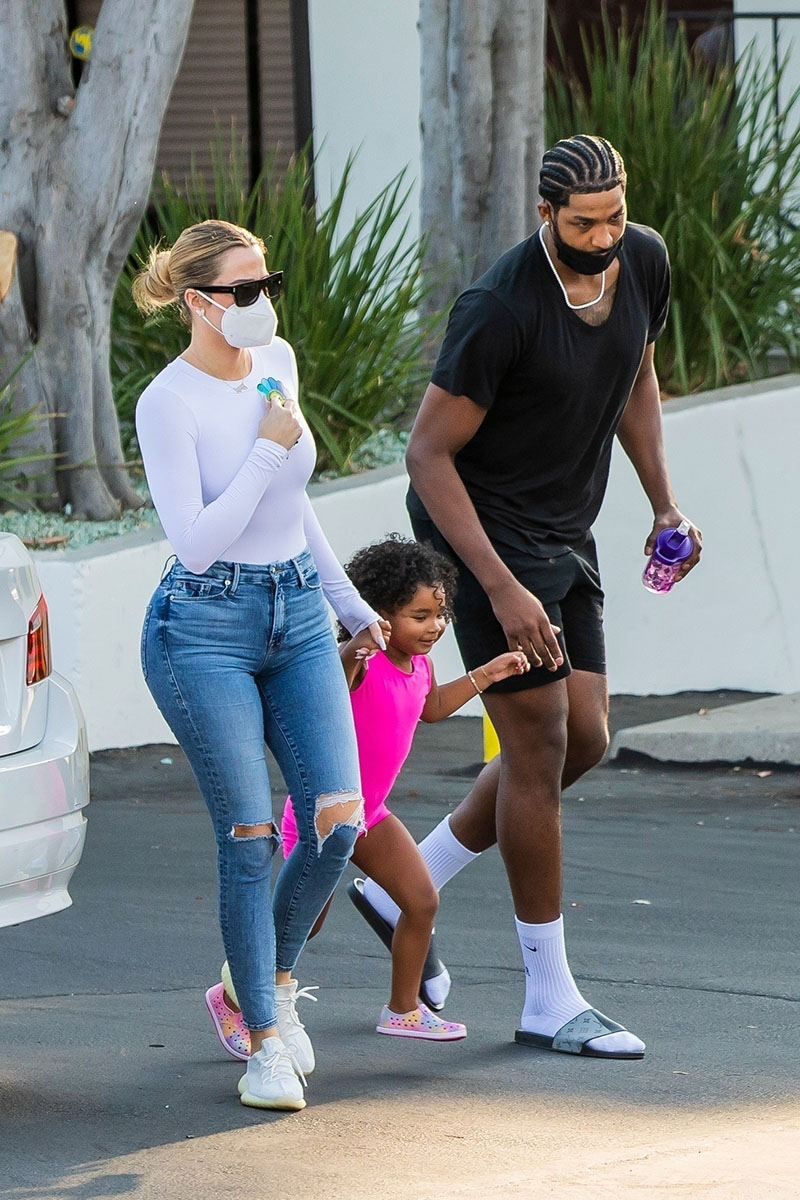 When she's not rounding out her daughter's activity schedule, Khloe wastes time responding to trolls on social media. 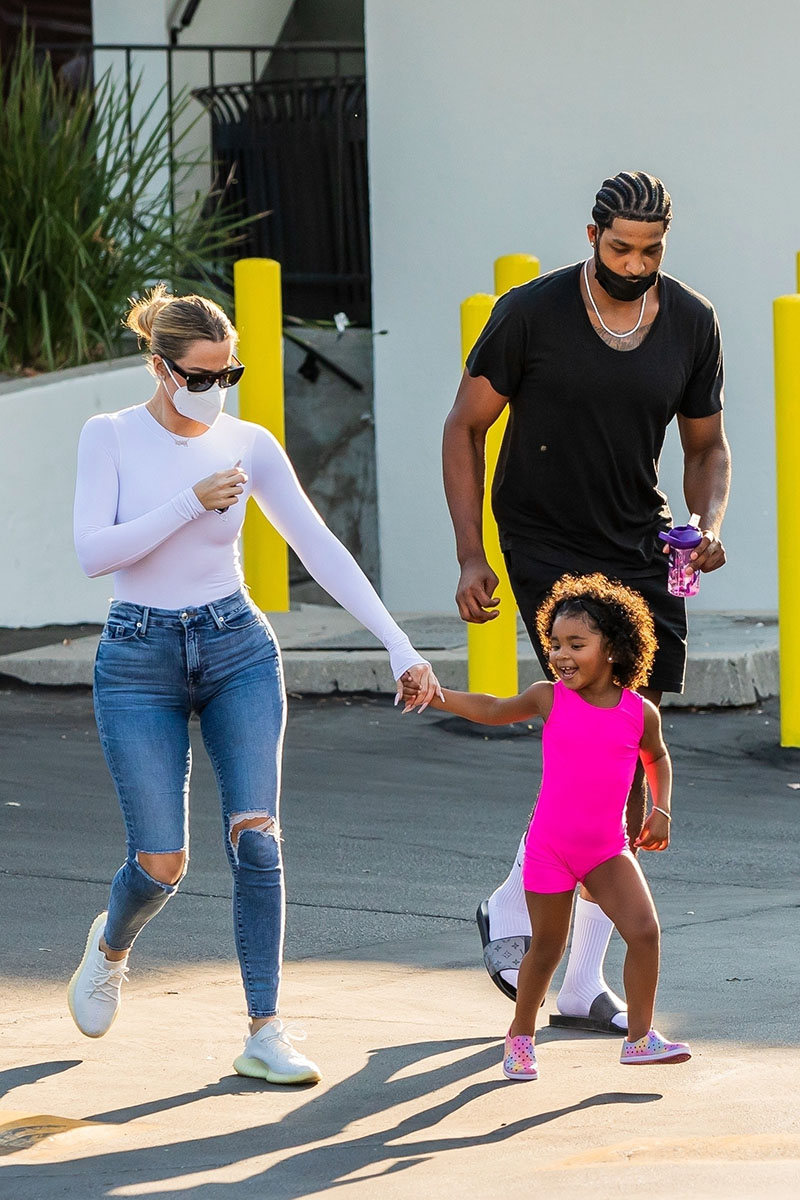 The 37-year-old reality star lashed out at "people creating fake sh-t" about her on Twitter over the weekend. Trolls always have something to say about Khloe -- and she always responds.

"HA! some of y'all really just make up anything and swear it's the truth as if you know what's going on," she wrote on Sunday.

"The truth is never good enough... or juicy enough. So you create a narrative that fits what you choose to believe."

Khloe didn't clarify what "fake sh*t" she was referring to. The Good American founder complained that trolls were "terrorizing" her. 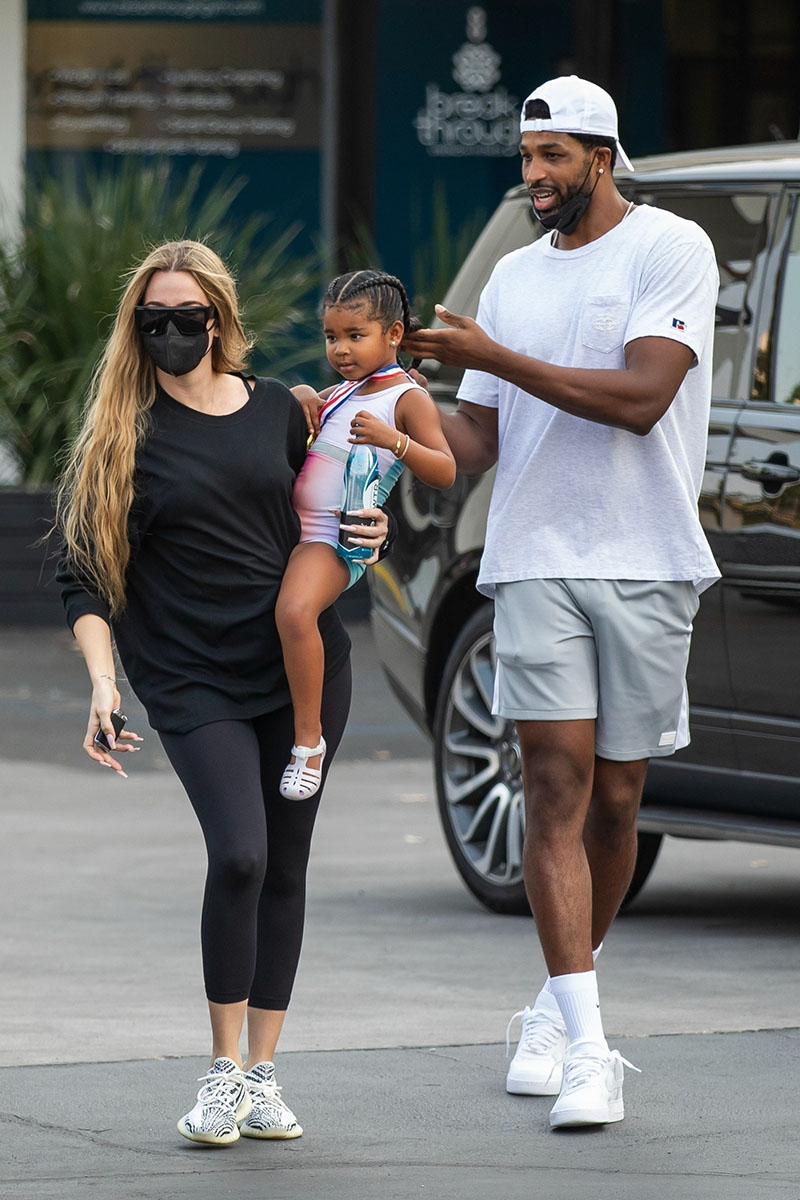 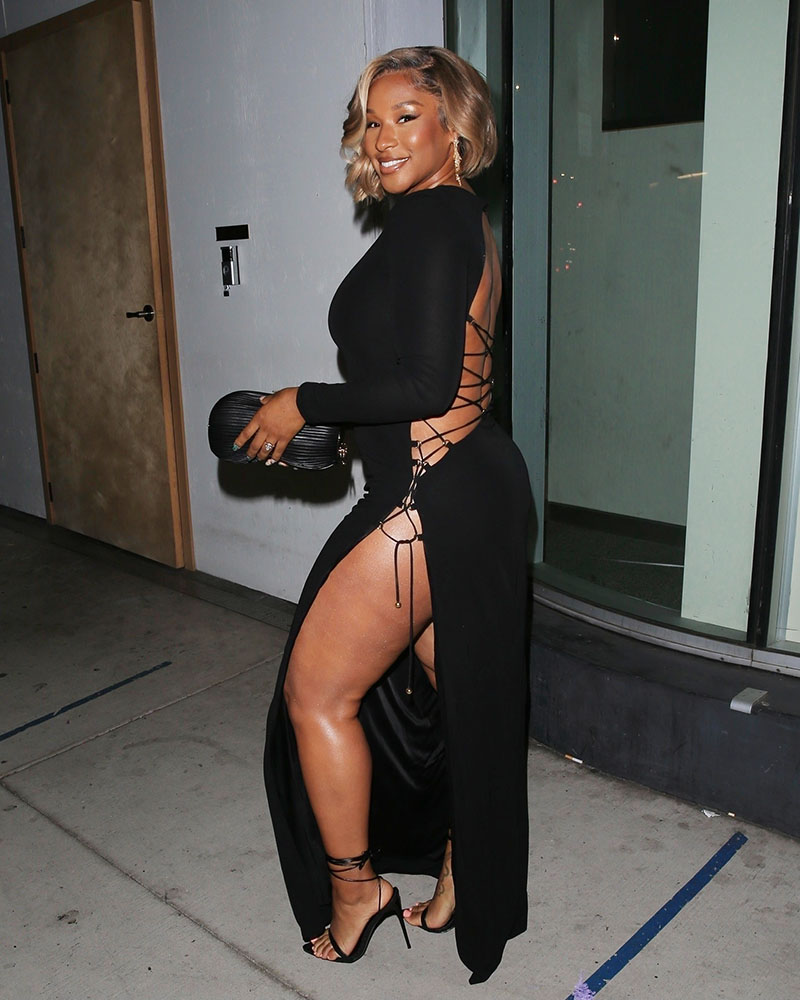 The exes took separate vehicles after the party. Khloe even shared a photo of herself showing off her curve-fitting black Balenciaga club dress as she leaned seductively on a black SUV.

Khloe reportedly spent over $100,000 on her face and bod in recent years. Some would agree it was money well spent.