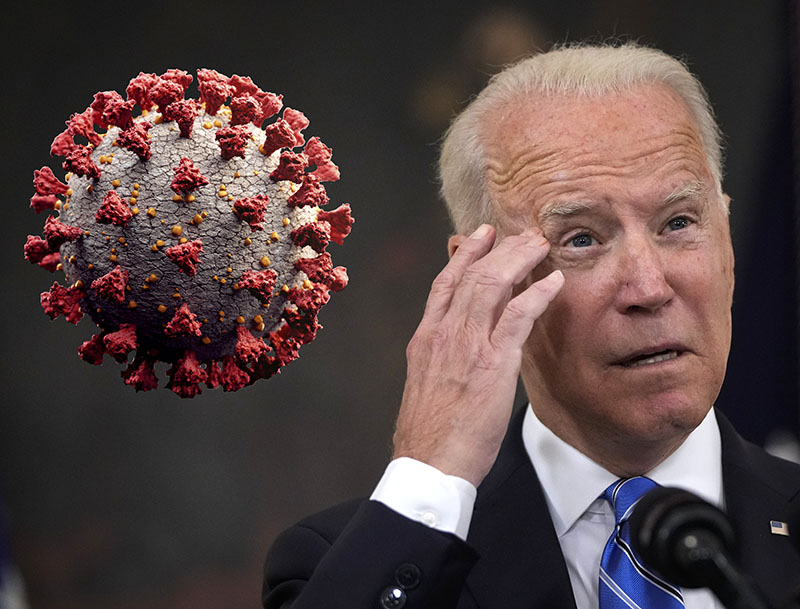 Pres. Joe Biden declared war against unvaccinated Americans in a speech from the White House on Thursday.

Biden announced his "6-pronged" strategy to combat the coronavirus that has a 99.8% survival rate.

Federal workers will be forced to get the vaccine or lose their jobs. There is no option to take a test if they decline to get the shot.

Additionally, OSHA will fine private businesses with more than 100 employees up to $14,000 if they don't order their employees to take the shot or take a weekly Covid-19 test.

The federal vaccine mandate also ignores the millions of Americans who recovered from the virus and now have natural immunity.

600,000 US Postal Service employees are reportedly exempt from taking the vaccines.

APWU, the powerful union that represents postal workers, announced the exemption in July.

According to the Washington Post, the USPS "is traditionally independent of federal personnel actions like this," though postal workers are "strongly encouraged to comply with the mandate."

The APWU released a statement in July:

"While the APWU leadership continues to encourage postal workers to voluntarily get vaccinated, it is not the role of the federal government to mandate vaccinations for the employees we represent."

Gov. Brian Kemp said Biden's unconstitutional mandates would be a logistical nightmare" for businesses in Georgia. He said Biden was dividing Americans.

"I will pursue every legal option available to the state of Georgia to stop this blatantly unlawful overreach by the Biden administration."

"South Dakota will stand up to defend freedom. @JoeBiden see you in court."

Biden responded to the GOP threats of lawsuits by saying simply "Have at it."

FDA warns children not to marinate chicken in NyQuil

Biden draws criticism for saying Covid-19 pandemic is over