The 57-year-old talk show host looked frail and weak when she returned home from a hospital stay wearing a bathrobe and blue socks on Friday, Sept. 11.

She was assisted into her Manhattan high-rise building, followed by a man pushing a wheelchair.

According to Page Six, Wendy’s production staff returned to the office last week. But Wendy has not been seen in the studio since going on hiatus.

There are rumors that she won’t be well enough to return to her purple chair on Sept. 20.

“People are tight-lipped about it, but there are whispers that she won’t be there,” one Wendy source told Page Six.

A statement posted to her Instagram account on Thursday noted Wendy canceled all of her promotional appearances for the show this week.

“Wendy is dealing with some ongoing health issues and is undergoing further evaluations.

“She will not be able to complete her promotional activities next week, but can’t wait to be back in her purple chair on Monday, September 20th for the 13th season premiere.”

Wendy has been candid about her ongoing issues with Graves’ disease and other unreported illnesses.

In 2018, Wendy took an extended break from her show due to issues with hyperthyroidism. Wendy’s celebrity pals, including Nick Cannon, substituted for her as host. 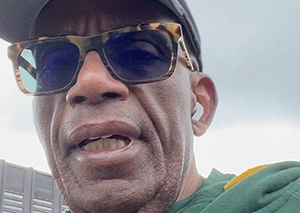