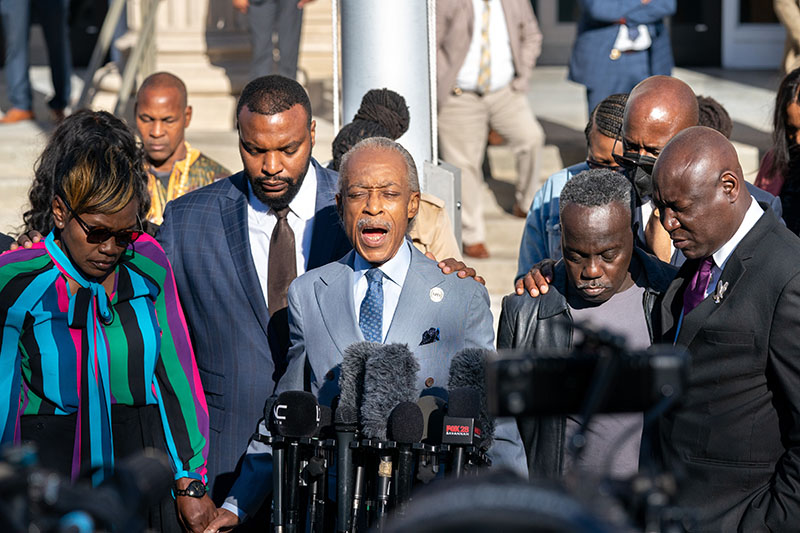 Father and son Greg and Travis McMichael and neighbor Roddie Bryan were found guilty on all counts including malice murder and felony murder on Wednesday.

The McMichaels pursued Arbery in their pickup truck after they spotted him leaving a home that was under construction in their Satilla Shores subdivision on Feb. 23, 2020.

Travis McMichael claims he shot Arbery in self-defense after Arbery grabbed for his shotgun. Bryan joined the pursuit and recorded the video of Travis McMichael shooting Arbery.

The murder would have gone unnoticed, but someone leaked the video online and the Georgia Bureau of Investigation took over the case from local police.

The three men were arrested and charged following the public uproar.

The guilty verdicts come a week after 18-year-old Kyle Rittenhouse was cleared on all charges in his murder case in Kenosha, Wisconsin.

Tiffany Haddish Arrested On Suspicion of DUI in Georgia