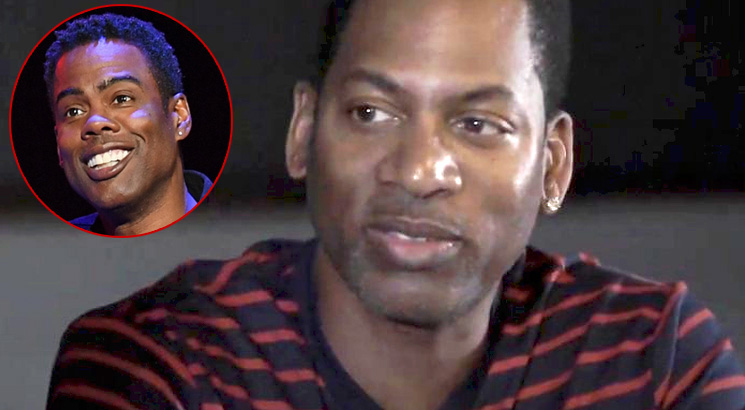 Will Smith apologized to Chris Rock 24 hours after he stormed onstage at the Oscar Awards and slapped the comedian for joking about Jada Pinkett Smith's hair loss.

It isn't clear if Rock accepted the disgraced actor's apology.

But one person who didn't accept Smith's apology is Rock's brother, Tony Rock.

When a Twitter user asked Tony whether he accepted the apology, Tony replied, "No." 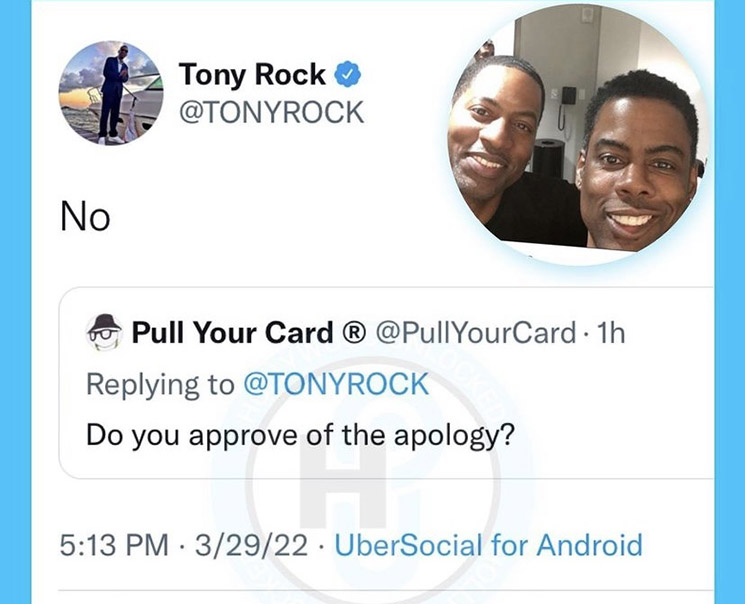 When asked by another user if they were planning to "fight fire with fire" or take "the professional route," Tony responded, "It's on bro."

Tony said that "Mama Rock" hits harder than Smith when asked who packs a stronger punch, Jada or Will. He also dismissed the rumors that The Slap was fake. 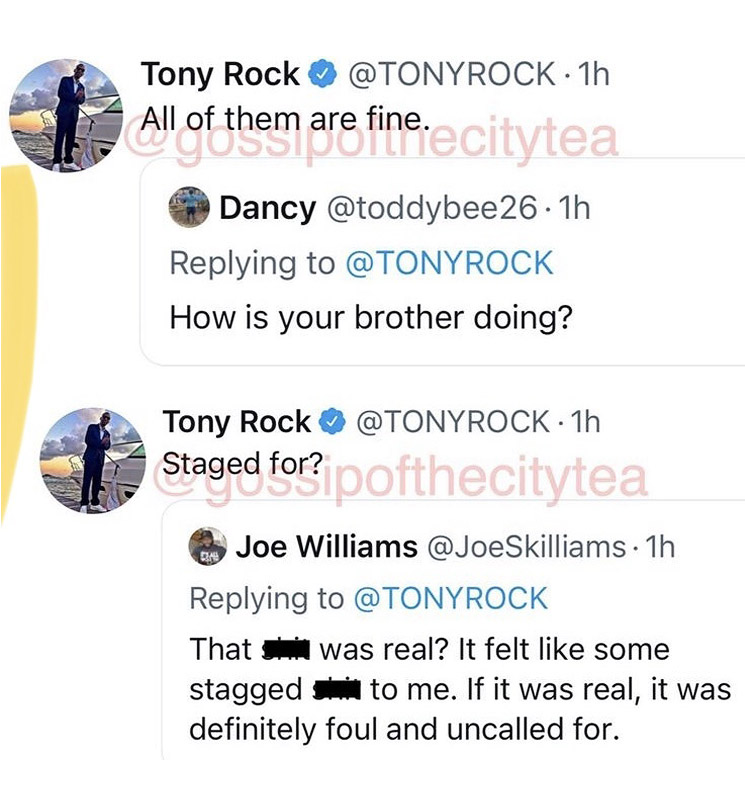 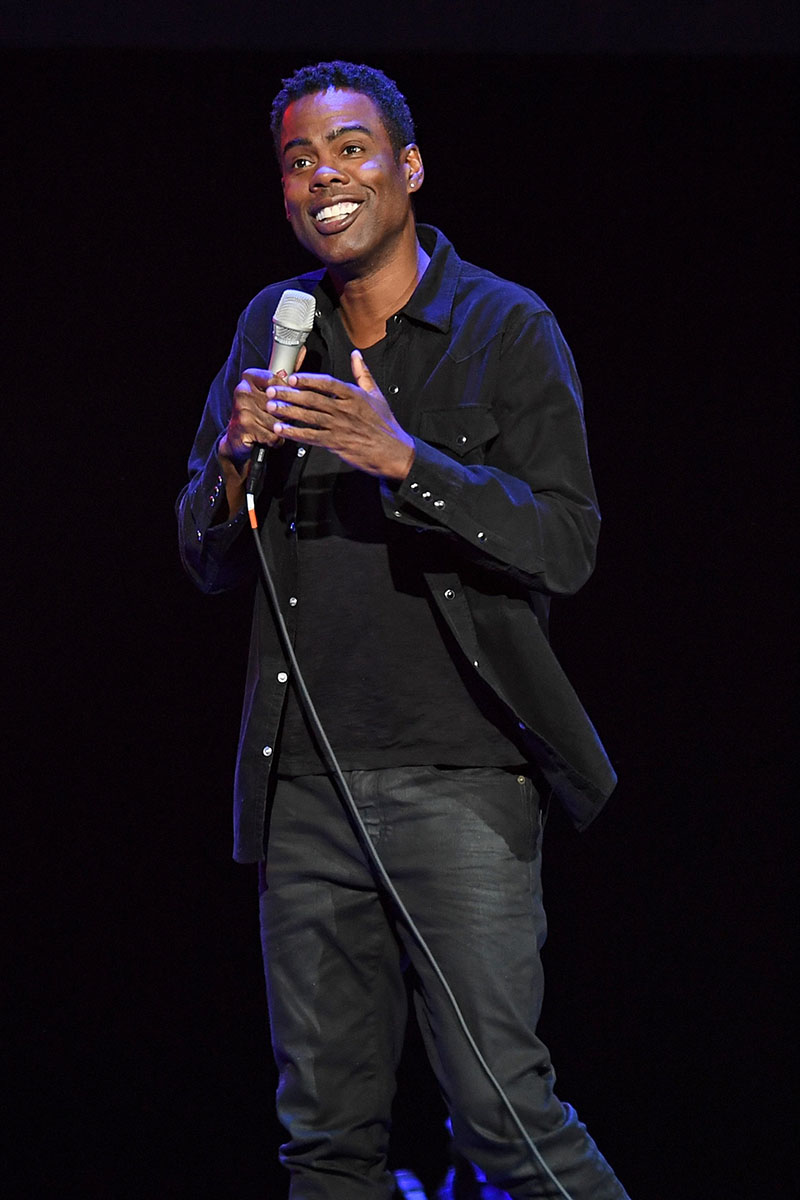 Chris Rock saw a surge in ticket sales for every stop on his "Ego Death" comedy tour. Third party ticket sellers snapped up most of the tickets at $46 each.

One third party seller still had 300 tickets available to Rock's Fox Theater show in Atlanta at $145 each on Tuesday.