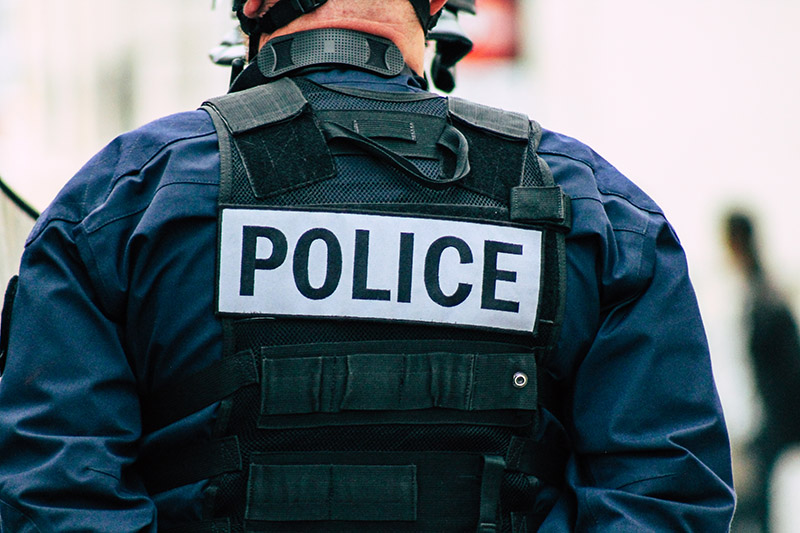 A police officer in a small town southeast of Atlanta, Ga. has resigned after a utility worker filmed him receiving oral sex from a woman.

Thompson's patrol unit is nearby, the driver's side door is wide open as if he was in a hurry.

The video was taken by utility worker Cole from atop a telecommunications tower in a cemetery in Millen on March 20. "Police caught on cam!!!" Cole captioned the video.

The video was viewed by over 16 million people.

Thompson resigned from the police force a day after the video was shared on TikTok. It was just the latest in a string of incidents and infractions by Thompson that led to his resignation.

via DailyMail.com -- In 2019, local outlet WRDW-TV reported that Thompson T-boned a car while going 86 miles per hour in Millen, a small town of 3,500 roughly 75 miles northwest of Savannah, while rushing to a crime scene, killing a 76-year-old man driving the vehicle.

In 2017, Thompson shot another officer in the arm in what an incident report calls an 'accidental discharge.' According to the filing, Thompson claimed he was cleaning his gun when it got jammed and went off.