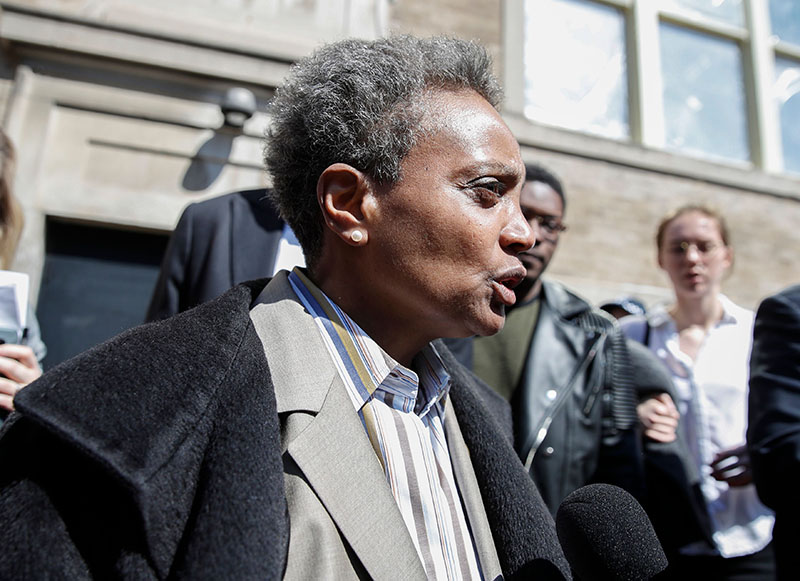 The meeting was arranged to decide whether to remove a Christopher Columbus statue from the city.

According to a new lawsuit filed by a former Chicago Park District attorney, Lightfoot allegedly berated and defamed lawyers during a February 23 city council meeting.

Lightfoot accused the lawyers of making "some kind of secret agreement with Italians," according to the Chicago Tribune which reviewed the transcript of the meeting.

Lightfoot, a male-identified lesbian, looked at the men in the room and said: "My dick is bigger than yours and the Italians, I have the biggest dick in Chicago."

Lightfoot ordered the removal of the statue during racial unrest following the killing of George Floyd by a former police officer in Minneapolis.