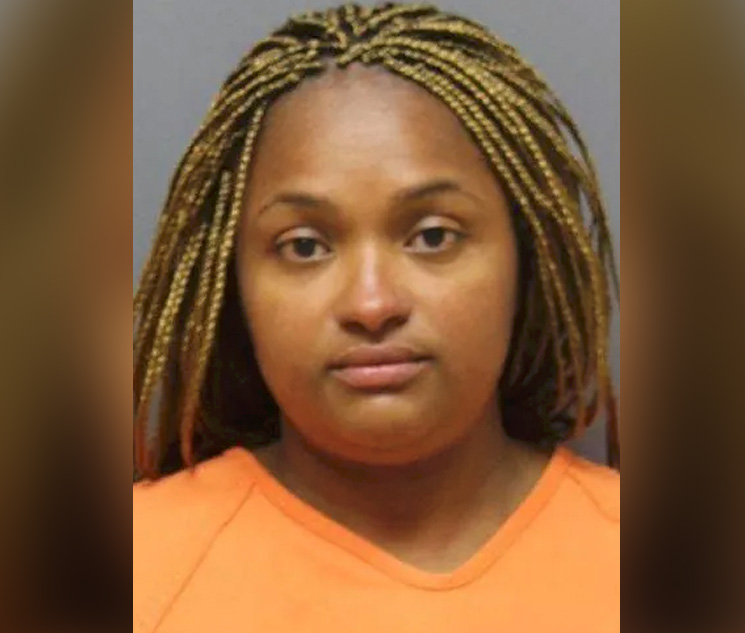 A former U.S. Postal Service mail carrier has been convicted of murdering another postal worker's husband.

Tashara Mone Jackson, 31, was convicted in the April 2021 murder of Salahud-Din Ibn "Sal" Shabazz, the husband of another mail carrier Jacqueline "Jacquie" Shabazz.

Prosecutors say Jackson enlisted a third mail carrier, Jeremy Todd Pettway, 41, to go with her to the Shabazz household in the Menchville area of Newport News, Virginia on April 7.

Once there, Pettway allegedly shot and killed Sal Shabazz in the doorway of his home just after 2 a.m.

A judge declared a mistrial in Pettway's murder case last year, according to Yahoo! News. He was found guilty of conspiracy to commit murder.

Prosecutors say Jackson had a "long-running feud" with Jacqueline Shabazz that resulted in several workplace incidents. Their feud escalated outside a Newport News nail salon in March 2021. Jackson told police she slashed Jacqueline's tires while she was in the salon getting her nails done.

A few days later, Jacqueline's car was vandalized again in the driveway of her home. The tires were slashed and an object was jammed into the gas tank.

The Shabazzes learned that Jackson was invited to attend a party at Harpoon Larry's restaurant on April 6, and they confronted her there.

Police say Sal pointed a Taser at others while his wife and Jackson fought in the parking lot. Jackson later told police that Sal kicked her during the fight.

The following day, Jacqueline testified that she was on the phone with Sal when she heard a gunshot after he answered a knock on his door about 2 a.m.

Police found Sal dead on the floor in the doorway of his home. Four spent shell casings were found near the body.

Jackson faces life in prison at her sentencing hearing in June. Her accomplice, Pettway will be retried on the first-degree murder charge in early April.