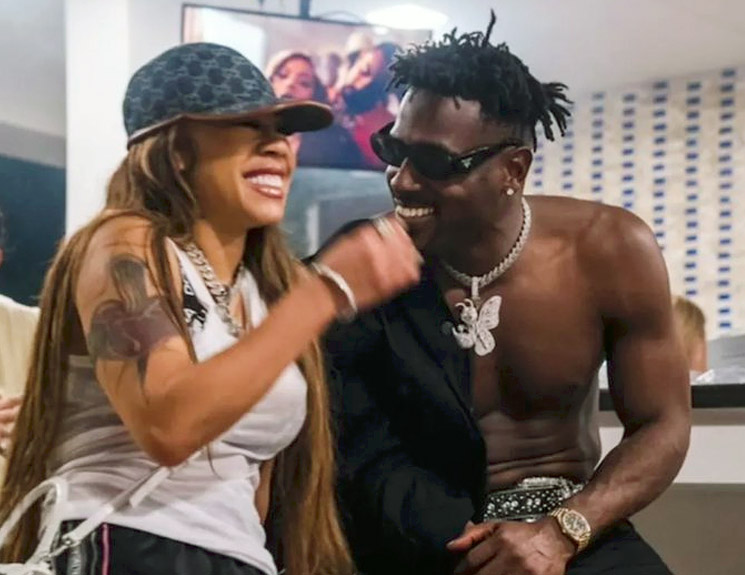 Keyshia Cole was a trending topic on Twitter and Instagram after Antonio Brown disrespected her in front of the world.

Keyshia, 40, went viral after the former NFL star broke up with her on Instagram Live.

Antonio and Keyshia were romantically linked after she helped him record music for a possible career change. The 33-year-old free agent posted an Instagram video that revealed an apparent tattoo of the initials "AB" on her lower back.

Ahhhkay! ? Antonio Brown with an interesting post just days after Keyshia Cole shared in her iG stories that she missed him a lot! ? pic.twitter.com/iOQEKeFZTD

He captioned the video: "You Ain't Pimpin Until You Hit An RnB Diva," suggesting they were intimate.

Keyshia Cole and Antonio Brown both look like they have CTE at this point pic.twitter.com/OrBUU489gp

Keyshia was disappointed when she saw his immature caption.

RELATED: Keyshia Cole rushed to ER after suffering panic attack: 'I can feel my heart hurting'

She said she spoke to Antonio - like he was her 12-year-old son.

We don’t condone the way Antonio Brown talking to Keyshia Cole. He lame af . That ain’t no real playa shit ?

Later, she seemed to regret not asking him to change the caption.

"I have a 12 year old. Like that type disrespect for what... Nothing is worth that level of disrespect, especially when u don't deserve it. Had so much love, respect and admiration fa you. Guess that wasn't mutual."

By then Antonio had already moved on. But rather than send her a break up text, Antonio hopped on Instagram Live and told the world.

Most of Black Twitter said Keyshia dodged a bullet. They hope she finds a grown man to love her. We do, too.

Antonio Brown is a clown and been a clown, look at his track record. & Keyshia Cole desperate for love.
Both of them embarrassing!