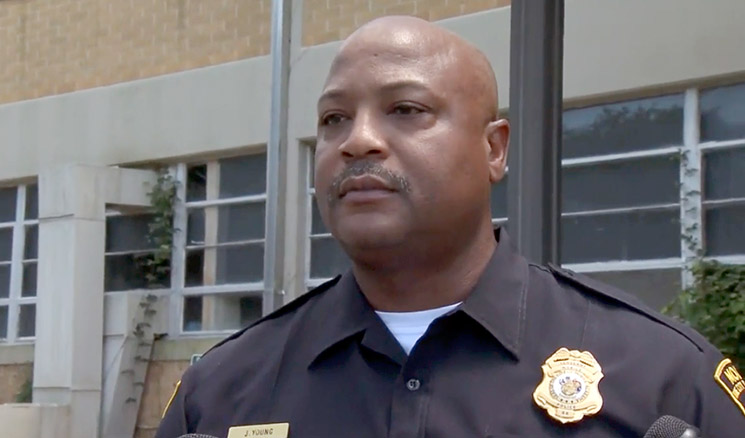 A Mobile, Alabama police Sgt. is going viral for calling out the number of children murdered in his city.

Ciara Jackson, 14, and Lequinten Morrissette, 11, were gunned down within days of each other. Lamonyae Forrest, 18, and a 16-year-old boy were arrested for Ciara's murder.

Sgt. John Young, of the Mobile Police Department, gave an interview to a local news station about the murders of Black children:

"This is the 23rd homicide of the year. It is heartbreaking to me personally. Ciara's 14. She died on the street named after Michael Donald who was the last known lynching by the Ku Klux Klan in 1980. 40 years later, more innocent blood is shed on that street that is supposed to memorialize the death sacrificed. And a Black girl is gunned down on that street by a Black man is disgusting, I said it."

He continued: "There's a subculture of gun violence in the city of Mobile with young Black men and it's high damn time we did something about it. I said it, so no one has to be called a racist anymore."

He then listed the ages of recent homicides in the city. The youngest are 11 and 4. "All Black children," he said. "When are we as a city going to wake up and say, 'Let's address this issue?' I've said it. Now it's out in the open, right?"

Sgt. Young expects to be reprimanded for speaking out about the gun violence committed by Black youth.

"Whatever happens to me, fine... But don't forget these innocent Black lives that have been lost," he said.

"I'd like to begin by sharing my condolences with the family of Ciara Jackson. I know that you're heartbroken as so many are. Many people are praying for you. I also just finished listening to Sgt. John Young's interview; I share his outrage. I hope you share his outrage. I hope that it's the thing that we needed to galvanize bringing us together so that we can work together to make sure this doesn't continue to happen, not just to our young people, but to all of our citizens in the city of Mobile. We need your help. It's going to take all of us."