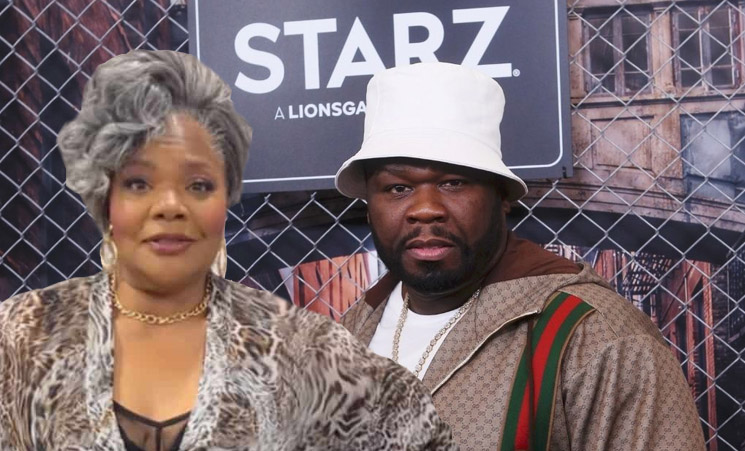 50 cent took to social media to respond to people wo say Mo'Nique never shows her appreciation to him for resurrecting her TV career.

Some people believe Mo never thanks 50 Cent because they've fallen out. Mo' made headlines last week over a contract dispute with fellow comedian D.L. Hughley.

50 Cent brought the feisty comedienne back to television after she was blackballed for allegedly being difficult to work with.

He cast her in a minor role in the upcoming second season of BMF on STARZ. But fans say she's not showing her gratitude toward 50 Cent.

On Friday, June 3, 50 Cent shared a video featuring Mo'Nique praising the hip-hop mogul and saying she chats with him offline.

"I want to talk right to our baby, from one black woman to that beautiful, pure-hearted black man, and let me be clear, I'm saying Curtis '50 Cent' Jackson is a pure-heart," Mo’Nique said.

"So when y'all get to talking about 'Oh 50, you next,' that's a man, that's a king. He's of pure heart, and he's principled. See we have conversations offline, and people got to saying, 'She ain't thank 50, she ain't say nothing to 50.' We don't have to have our relationship online. And that brotha ain't said nothing when people tried to turn that thing into something ugly that it was not. So, again, for you brotha, Curtis, we love you."

"I love you guys to. let's progress at a pace they haven't seen before. Work like we gotta make up for lost time. The best way to get back at anyone you feel did you wrong is to do good gunitbrands.com."

. @moworldwide I love you guys to. let’s progress at a pace they haven’t seen before, work like we gotta make up for lost time. The best way to get back at anyone you feel did you wrong is to do good • https://t.co/jnbpt4Vpb3 pic.twitter.com/PF6hWdRG99