In an Instagram post on Friday, June 3, Abby shared a photo of herself relaxing on a bed in front of letter balloons spelling out the word “BABY.”

“IM PREGNANT,” she wrote in the caption, “Another set of twins?!”

She added that she’ll be “posting all the exclusive content and answering the questions ya’ll are dying to know” on her OnlyFans page. She also showed off her baby bump in a zebra-patterned dress, asking fans, “How far along do you think I am??”

The news spread quickly to Twitter, where fans congratulated Abby and wished her and Nick a healthy birth.

The father of 7 is preparing to welcome his 8th child with Bre Tiesi. Sandrarose.com has lost count of how many unborn babies Nick has fathered in 2022 alone.

In a recent interview with Men’s Health, Nick defended his decision to replenish the Earth, saying, “I’ve seen where people believe a traditional household works, and [yet] there’s a lot of toxicity in that setting.”

“It’s not about what society deems is right,” he added. “It’s like, what makes it right for you? What brings your happiness? What allows you to have joy and how you define family? We all define family in so many different ways.”

Supporting 8 kids in 6 households? That's a lot. He doesn't have Bill Gates money.

nick getting more baddies than your favorite rapper

Mo’Nique publicly thanks 50 Cent for casting her in ‘BMF’ 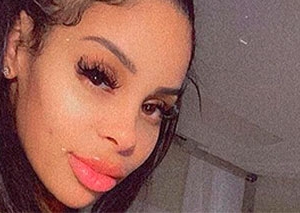