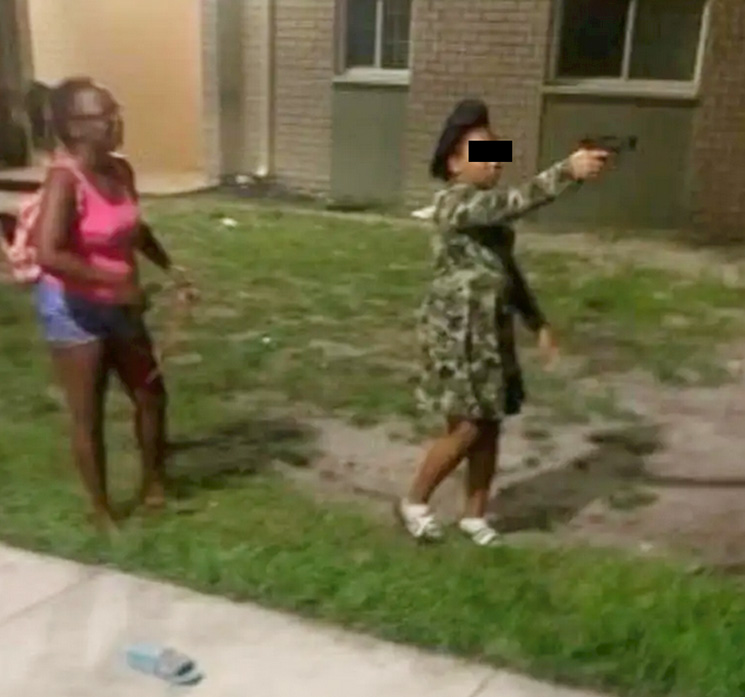 A 10-year-old Orlando girl has been charged with murder, alongside her mother, who handed her the gun she used to fatally shoot a neighbor during a dispute.

The incident happened at a late night Memorial Day cookout at the Jernigan Gardens Apartments in Orlando.

The victim, identified as 41-year-old Lashun Denise Rodgers, was barbecuing when Lakrisha S. Isaac, 31, and her daughter approached Rodgers.

The two women began fighting over a social media post. Isaac was reportedly intoxicated when she punched Rodgers, who punched her back.

"The juvenile retrieved that firearm from the bag and fired two rounds, striking the victim," police said.

Rodgers' boyfriend told police the girl then said, "You shouldn't have hit my momma." 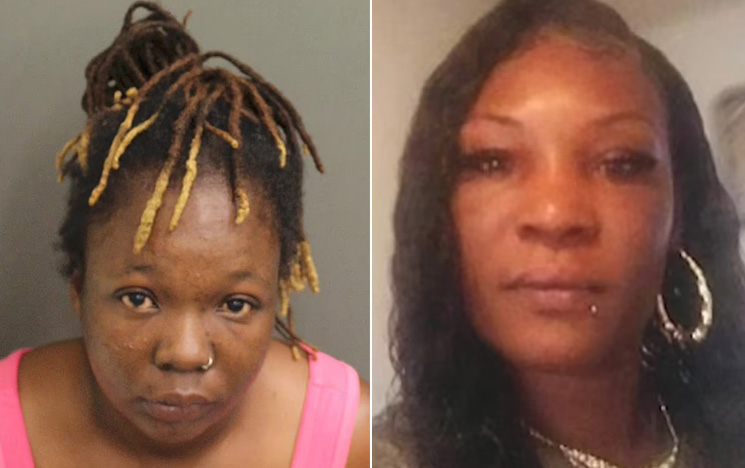 Rodgers (right) was pronounced dead from a gunshot wound to the head at Orlando Regional Medical Center, police said. Isaac is pictured left.

The girl was initially taken into police custody on May 30, along with her mother, then released into the care of the Florida Department of Children and Families.

The child was arrested on Tuesday, June 7, and charged with second-degree murder. She was booked into a local Juvenile Detention Center.

The girl's mother was arrested May 30 on charges including manslaughter with culpable negligence, child neglect, contributing to the delinquency of a minor and aggravated assault with a firearm. Isaac is being held in jail without bond.

Friends gathered outside the apartment complex in Orlando on Tuesday to remember the victim.

"I can't say nothing bad about her. Her humor, and her spirit. Oh my god. her spirit was awesome," her best friend Stacey Johnson told WESH.

"It's just so sad that she lost her life to this senseless situation," said Amber Dozier. "She didn't deserve it at all. She's not that type of person, and she don't get in this type of stuff."

Nearby was a makeshift memorial to Rodgers that included wilting flowers, a candle, a cross and an empty liquor bottle.

According to WFTV, Rodgers was a mother and grandmother.