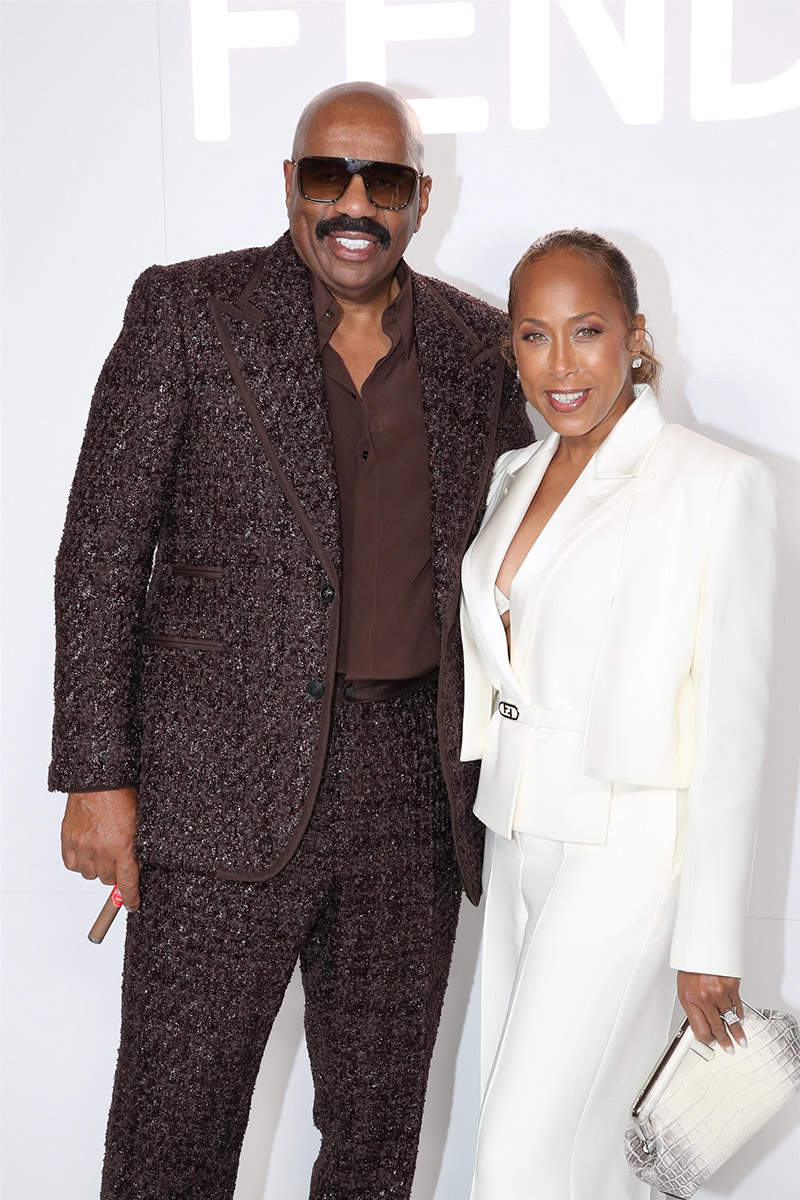 The power couple paused before the show to share a sweet moment of affection that drew the attention of their youngest daughter Lori Harvey.

"Steve and Marjorie [heart emoji]," Marjorie, 57, captioned the video with her husband, 65. 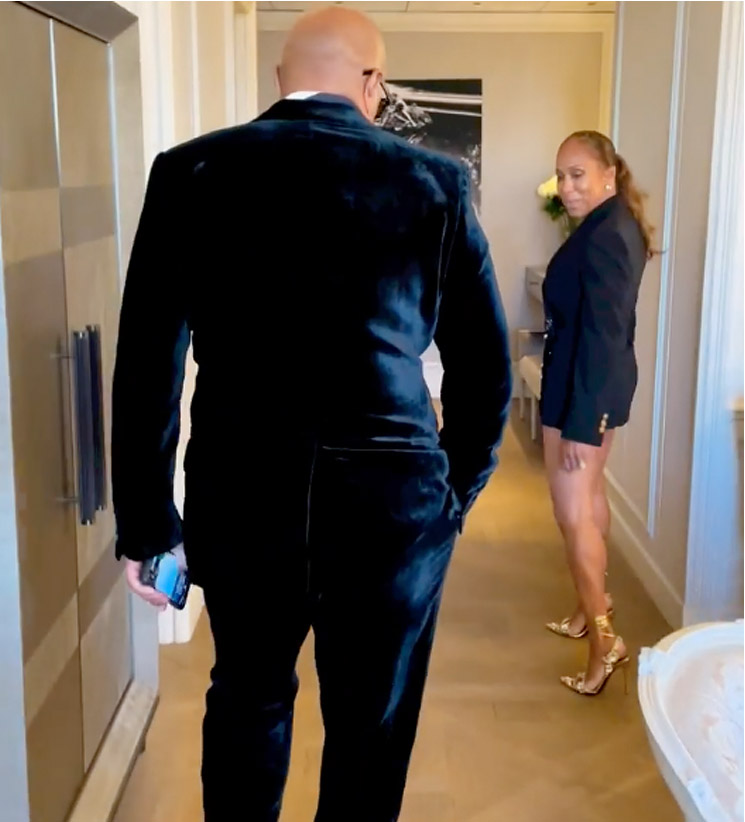 "You ready?" she asked her man, as she strutted into a hotel suite wearing a black blazer mini dress with strappy gold heels.

"Yeah, I want it," replied Steve, who looked surprised to see his wife dressed so provocatively.

"You already got it," Marjorie said before kissing her hubby. "Let's go!" she said, as they strolled out the door together. 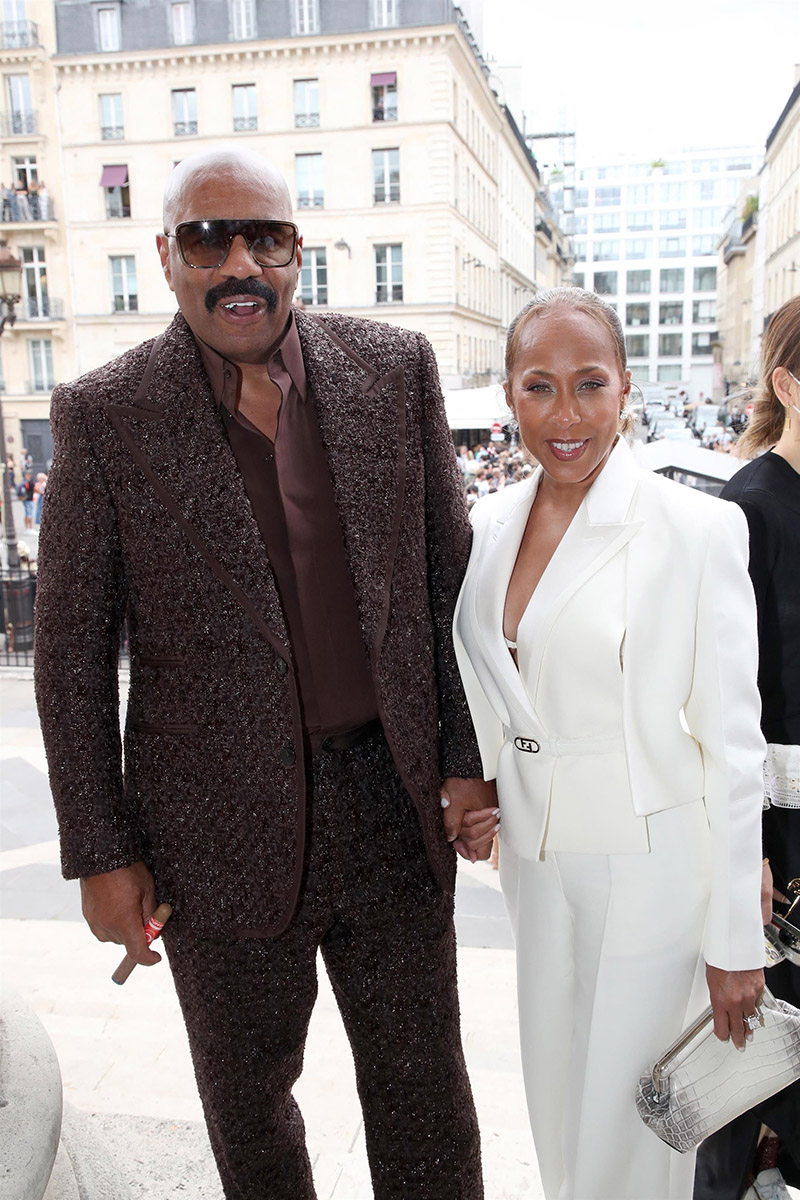 A fan wrote that Steve wondered if his wife forgot to wear her pants.

Steve posted a montage video of himself and Marjorie leaving their hotel dressed to the nines.

Steve, 65, adopted Lori shortly after he married her mother Marjorie, his third wife, in 2007. In addition to Marjorie's three kids, Steve has 4 children of his own.

Marjorie, 57, shares her fashionable life with her 2.7 million followers on Instagram.