Newton introduced Harvey as "The man, the myth, the legend himself."

Among the topics of discussion were the keys to success, relevancy, marriage and fatherhood advice.

Harvey said his sons are different because he raised them to be head of a household, a husband and a father. "It's going to require toughness so I make them struggle a little bit more."

Harvey said his daughters are different. "I'm protective of them. If you attack my daughters or my wife, I'm coming for you."

He added: "Cats out here be running they mouth... You don't understand: I will die for them."

Both Cam Newton and Steve Harvey are raising (or raised) stepchildren. The superstar quarterback asked Harvey how he handled a stepchild who challenges him and says, "You ain't my daddy."

"When I married Marjorie, Marjorie had three children," said Harvey. "One time one of them said to me, 'you ain't my daddy.' And my question was, 'Ok, but where he at though?' 'Cause I get tight too. Don't step to me disrespectful. Because I'm doing the job [sic]."

Harvey went on to praise men who step up and take on another man's responsibility ("That's a different kind of man.").

More than 100 struggling families were without power or gas when utility companies cut off their power for overdue bills.

The Steve and Marjorie Harvey Foundation along with The Pinky Cole Foundation partnered with Georgia Power to turn the power back on by bringing the past due bills up-to-date.

"With millions of Americans at risk of losing power as massive unpaid bills pile up, it was necessary for us to work with the Pinky Cole Foundation and Georgia Power to pay the turn-off notices for some struggling Georgia Power customers to give some relief," said Sharon Page, Executive Director of the Steve and Marjorie Harvey Foundation.

"With Mr. and Mrs. Harvey relocating back to Atlanta, Georgia, their goal is to be a blessing and continue to help those in need, especially during these unprecedented times."

Not everyone is so lucky. Despite the generosity of Harvey and Cole, thousands of families are still without power.

If you follow Steve and Marjorie Harvey on social media you know they are currently on holiday in Dubai.

On Thursday, Dec 17, Steve surprised his wife with a private dinner at the top of the UAE's latest cultural landmark, the Dubai Frame.

This is the first time a private dinner has ever been hosted on top of the landmark, according to the Dubai Frame.

As they ascended to the top of the iconic tourist attraction under the guise of an after-hour tour, Marjorie was greeted with photos of her and Steve's life projected onto a giant screen.

At the top of the landmark, there was a table for two waiting for the couple and their wedding song, "Adore" by Prince played in the background. The special moment brought tears to Marjorie's eyes.

The couple dined on a custom six-course menu prepared by Jumeirah Hotels and Resorts.

The UAE's latest cultural landmark, Dubai Frame is an iconic structure that 'frames' impressive views of Old and New Dubai, while serving as a metaphorical bridge connecting the emirate's rich past with its magnificent present.

Offering spectacular panoramic views across the city, Dubai Frame celebrates the story of Dubai from its early establishment to its ambitious plans for future development.

The Dubai Frame is the world's largest picture frame, standing 492 feet tall with sweeping views of Dubai's modern skyline on one side and older parts of the city on the other side.

See more pictures and video from Steve and Marjorie's holiday vacation in Dubai below.

Kanye and Steve grabbed lunch at a Chik-Fil-A location in Atlanta on Tuesday, Aug. 18. Kanye posted a snap of Steve on Twitter.com. He captioned the image: "Me and Steve Harvey was hungry."

Steve’s career was nearly canceled 4 years ago when he expressed his support for newly-elected President Donald Trump.

Steve, 63, previously joked about supporting Kanye for president on The Steve Harvey Show. "If Donald Trump wins, I'll go on the ticket with Kanye," he said. "But I gotta tell you, I'm just going for vice president. I'm gonna let Kanye be president."

He continued: "I don't want to b going to all the meetings and everything. I want to be the Joe Biden. I just wanna fire off, just say stuff, just be out there talking. You know Joe Biden just say whatever he wants to say. 'Mr. Harvey?' 'Hell, no!'"

Me and Steve Harvey was hungry pic.twitter.com/0DtEdcPh8V

There is also a tennis court atop a multi-level parking garage with enough parking space for 20 cars.

If you recall, I told you Perry lost a boatload of money when he sold the same home for $17.5 million - a steep drop from his "firm" asking price of $25 million.

The house, on the 4100 block of Paces Ferry Rd, is located near the prestigious and absurdly expensive Lovett School, which is closed during the coronavirus pandemic. 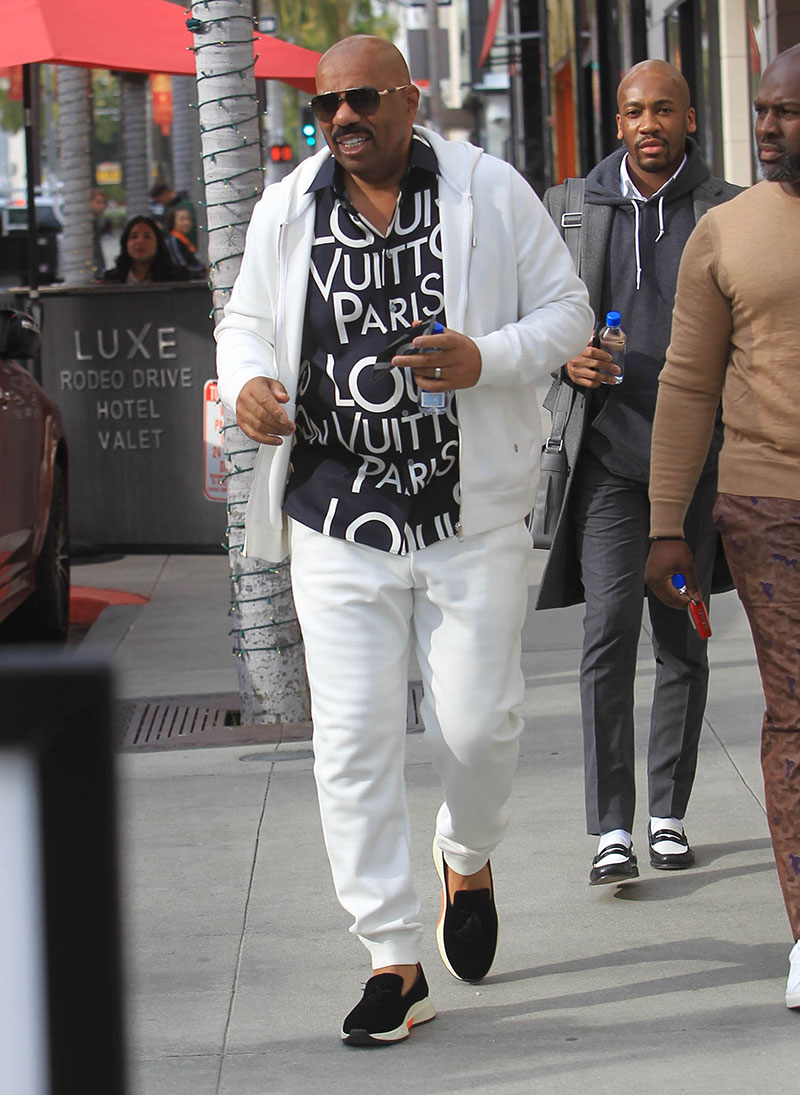 Steve Harvey doesn't want to talk about Lori Harvey's love life. The TV host and best-selling author had nothing to say about his 22-year-old stepdaughter dating pharmaceutical rapper Future Hendrix, 36. 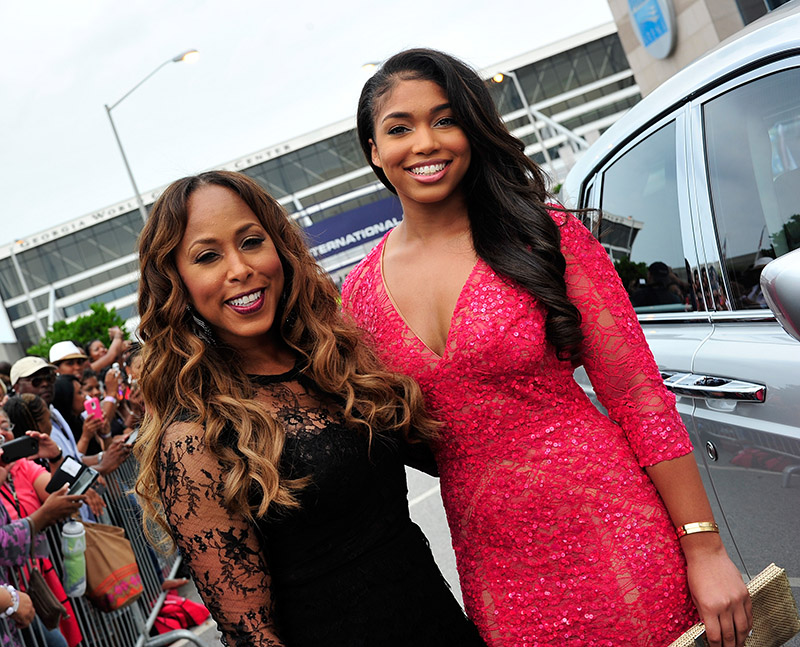 Harvey, who is married to Lori's mother, Marjorie Bridges Harvey, expressed surprise when the paparazzi stopped him on the street and asked him about his stepdaughter's latest sexual conquest.

"I don't know nothing about that," he said.

His smile faded when he was asked if he approved of Future. "I don't know nothing about that," the radio host repeated.

Harvey commented on fellow comedian George Lopez catching heat for saying he would take half of Iran's $80 million bounty to kill President Trump, a close friend of Harvey's.

"George is a comedian. But you know, the climate now, you can't tell jokes no more," Harvey said.

He also commented on the controversy surrounding fellow comedian Mark Curry who accused Harvey of stealing his jokes.

"I'm getting sick of this," he said before adding that Curry "needs to grow up." The Family Feud host said Curry confronted him years ago about the allegations, but Curry couldn't remember which jokes Harvey allegedly stole. 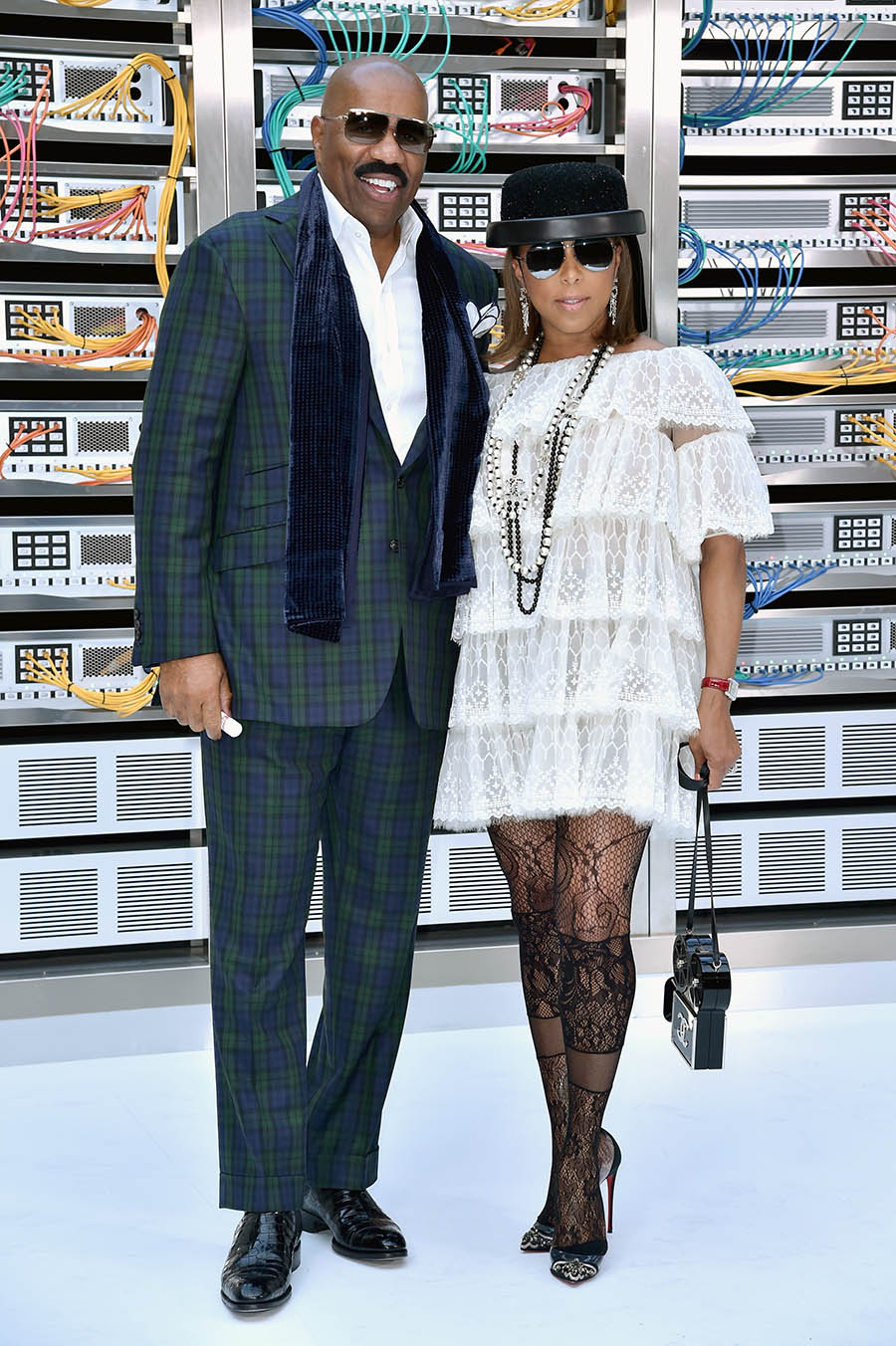 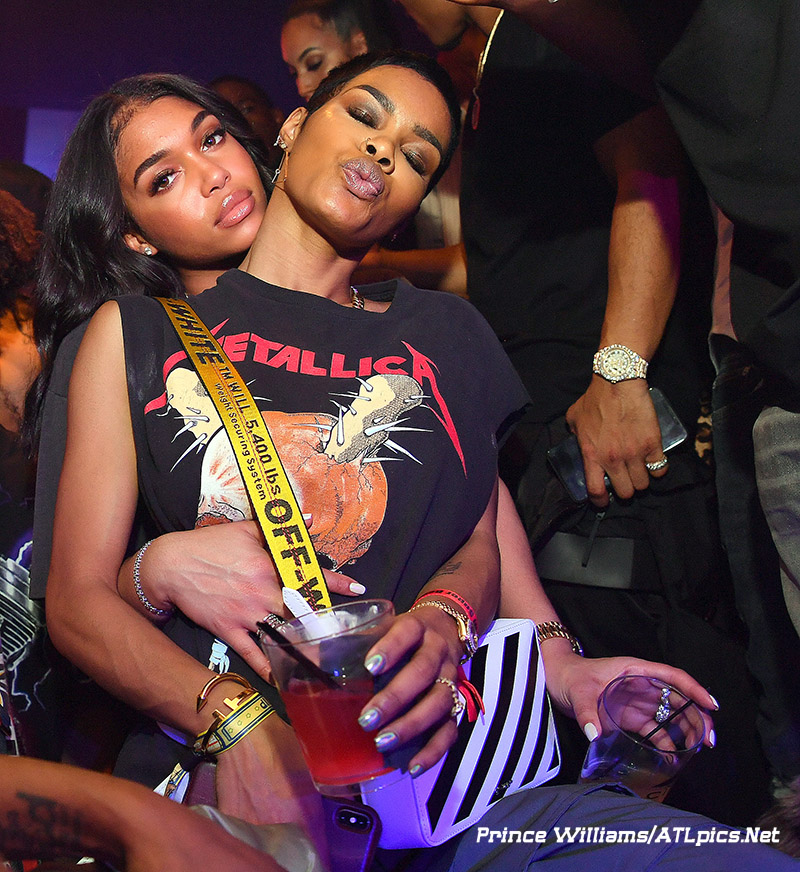 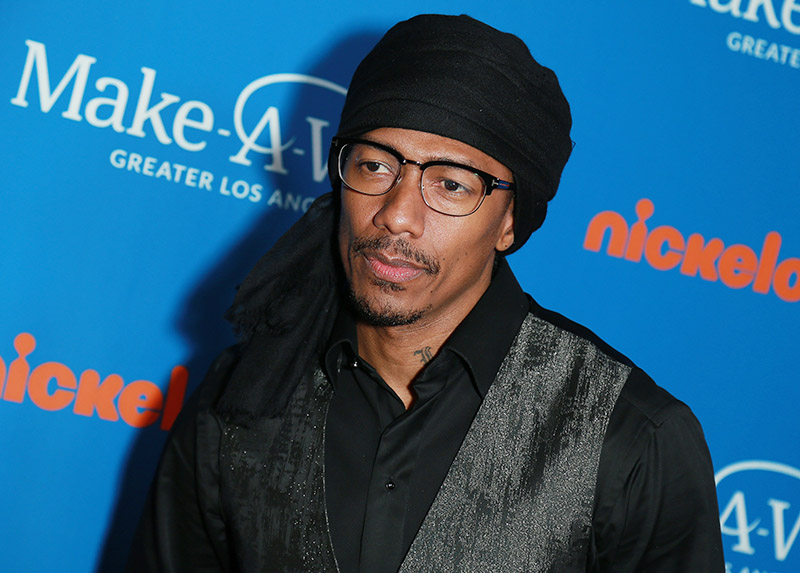 Nick Cannon spoke on Sean Combs and Lori Harvey's unconventional relationship. The 49-year-old rap mogul is reportedly engaged to the 22-year-old Atlanta socialite, who is the daughter of Steve Harvey's wife, Marjorie.