Reed discussed Atlanta's crime rate and his vision for Atlanta's future in his interview with Wynter.

When Wynter told Reed he was 23.5% "within a margin" of City Council President and mayoral candidate Felicia Moore, Reed corrected him.

"I'm not within the margin, I'm in first place," Reed said confidently. "I'm winning this race for mayor with 47 days left to go."

"Y'all done had two public polls now," he added, "and both of them have me in first place. And I'm very grateful to the people of Atlanta for giving me fair consideration."

Wynter asked: "What about the undecideds? Does that concern you any?"

"It doesn't concern me one bit," said Reed. "Any politician that tells you they don't want to be in first place isn't telling you the truth." 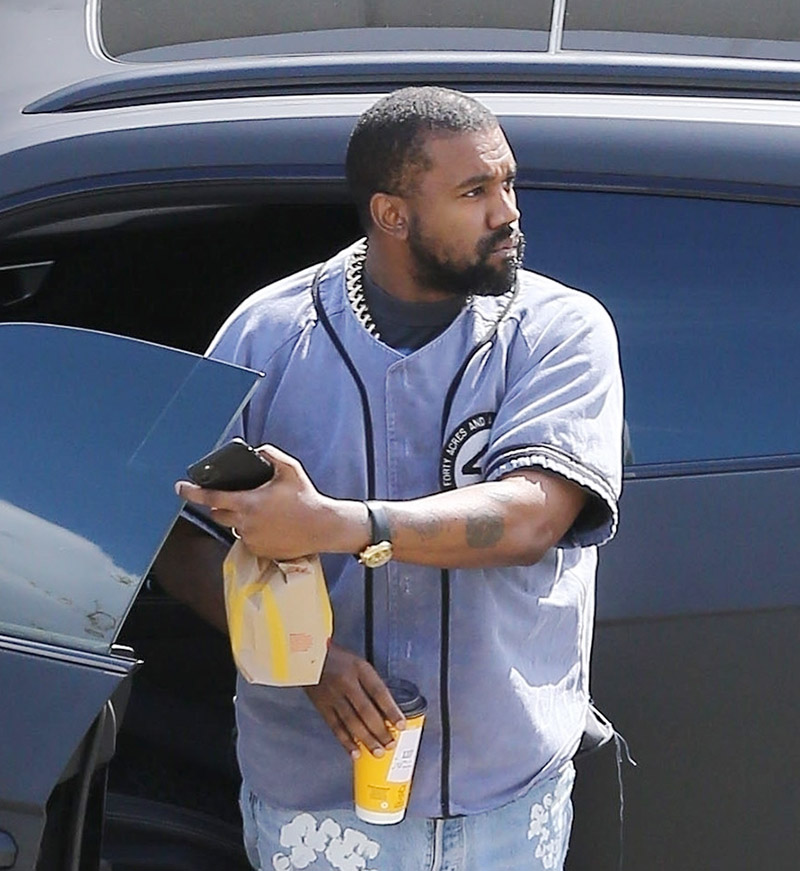 Troubled musician Kanye West, 38, supposedly had a meltdown backstage at the Saturday Night Live taping. Of course someone conveniently recorded the mishap and sold the audio to the NY Post's Page Six.

According to Page Six, West yells "Don't f--- with me" at production staff for taking apart his stage. "Look at that shit, they took my f---ing stage off of SNL without asking me. Now I'm bummed. That and Taylor Swift fake ass."

The fact that gossip tabloid TMZ.com didn't purchase the audio is probably a good indication that Kanye knew he was being recorded and that this audio is yet another publicity stunt to raise awareness for his new album, The Life of Pablo.

These stunts are getting so old and tiresome.

Meanwhile, PEOPLE.com interviewed a close friend of Kanye's who said West's antics are no cause for alarm.

"I haven't felt personally concerned about his well being," says West's longtime friend. "Every time I talk with him – which is almost every day – he's extremely good-natured, [and] in a great mood."

But West's longtime collaborator, Rhymefest, ended his association with the rapper, and tweeted that Kanye should seek help for his mental disorder.

Listen to the audio below. WARNING: Excessive profanity!

In a phone conversation that was secretly recorded by Sterling's girlfriend, V. Stiviano, Sterling reprimanded her for taking photos with NBA legend Magic Johnson.

"Don't put [Magic] on an Instagram for the world to have to see so they have to call me. And don't bring him to my games," Sterling allegedly said in the audio.

END_OF_DOCUMENT_TOKEN_TO_BE_REPLACED

LA Clippers owner Donald Sterling is in hot water for a racist rant that was caught on tape. In an audio obtained by gossip tabloid TMZ.com, Sterling, who dates a mixed woman, is heard telling his GF he does not want her bringing black people to his NBA games -- including NBA legend Magic Johnson.

The conversation took place after Sterling's girlfriend, V. Stiviano, posted an Instagram.com photo of herself posing with Magic Johnson (she has since deleted the photo).

END_OF_DOCUMENT_TOKEN_TO_BE_REPLACED

After a staged fight on location at the Biltmore Hotel, Real Housewives of Atlanta cast member Kenya Moore placed a 911 call to Atlanta police to report she sustained a minor head injury during a fight with co-star Porsha Williams.

END_OF_DOCUMENT_TOKEN_TO_BE_REPLACED

TMZ has obtained a copy of the 911 call placed by Usher's frantic aunt Rena Oden after Usher's 5-year-old son nearly drowned in a swimming pool at a private residence on Howell Mill Road in suburban Fulton County on Monday, Aug. 5.

Usher Raymond V, aka Cinco, was pulled from the pool unconscious after his hand became stuck in a pool drain when he dived in to retrieve a toy. His aunt and a maid tried unsuccessfully to free the boy. Two men working inside the house heard the women's screams and dived into the pool. The men were able to rescue the child.

END_OF_DOCUMENT_TOKEN_TO_BE_REPLACED

"I am not leaving Atlanta. This is my home," said Ski after telling radio listeners he would be back on the air.

"This is not a goodbye, but instead, a to be continued very soon," Ski said before airing one last Inspirational vitamin.

UPDATE: Ski's co-host, Wanda Smith, broke down and cried after announcing her decision to leave the Frank & Wanda Morning Show. Through her tears, Wanda thanked her supportive husband and reminisced about the day 14 years ago when V-103's former PG, Tony Brown, plucked her from obscurity to join Frank Ski in the mornings.

Rihanna, who is in London with her childhood friend Melissa, launched her current single "Diamonds" off her upcoming album. Rihanna released "Diamonds" on her new website Rihanna7.com. So far, the single has received lukewarm responses from RiRi's fans who eagerly anticipated new music from their drug-addled idol.

END_OF_DOCUMENT_TOKEN_TO_BE_REPLACED

Singer Tamar Braxton is not only promoting her new reality series spin off 'Tamar and Vince' which premieres Sept. 20, the youngest Braxton sister is also promoting her upcoming untitled album.

Here's a new acapella track titled "Love and War" off Tamar's upcoming album that you have to hear to believe! Tamar's soaring vocals reminds the listener of what Beyonce could be capable of if she wasn't so vocally restrained.

END_OF_DOCUMENT_TOKEN_TO_BE_REPLACED

Up-and-coming R&B singer Junior is creating quite a buzz in Los Angeles and Atlanta. The LA transplant sings, writes, produces, and crafts the beats for his own songs. Junior has been described as a cross between Bruno Mars and Miguel. Major labels are already showing an interest in Junior. Let him know what you think of his song titled "What Have You Done".

Hey Sandra - I'm working closely with Deb and Mizay Ent on their latest upcoming artist, Tarvoria. Tarvoria is HOT in Atlanta right now. She is the winner of the Female R&B Artist of the Year at this year's Atlanta Underground Music Awards, and she will be participating in the Core DJ's Mixshow Live conference this weekend.

"Be Quiet" is the first single from Tarvoria's forthcoming album Street Couture.

Listen to "Be Quiet"

Voice samples of murder suspect George Zimmerman were released today as part of the discovery in the Trayvon Martin murder case in Florida.

Zimmerman, 28, can be heard yelling "Help, help," repeatedly in voice reenactment audio samples recorded on March 22. The voice samples were used by investigators to be compared with the male voice heard crying on a 911 call.

Zimmerman told police he called out for help before shooting and killing the 17-year-old high school student on Feb. 26. But 2 independent voice analysts hired by the Orlando Sentinel determined that Zimmerman's voice did not match the voice heard crying on the 911 tape.

You can judge for yourself by clicking HERE.