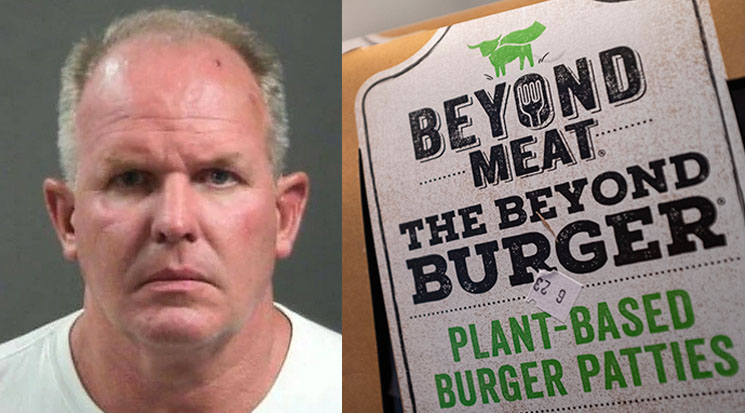 The Chief Operating Officer of Beyond Meat was arrested on Saturday for eating a man's nose.

Doug Ramsey reportedly bit off a piece of the man's nose during a road rage incident after the Arkansas Razorbacks football game.

According to USA Today, Ramsey became enraged when the victim tried to pull in front of his SUV and bumped his front tire with his vehicle in a parking garage.

Ramsey reportedly punched the man repeatedly and bit his nose, "ripping the flesh on the tip of the nose," according to the police report.

The occupants of both vehicles got out and tried to separate the two combatants.

Police arrived to find two men with bloody faces in the parking garage. Ramsey was charged with terroristic threatening and third-degree battery. He was released Sunday on $10,000 bond.

Ramsey was named COO of Beyond Meat in December 2021. Prior to that he worked three decades with Tyson Foods.

Beyond Meat is a meat alternative that uses plant-based meat substitutes to mimic the taste of meat. The company stock is down 75% since the start of the year.