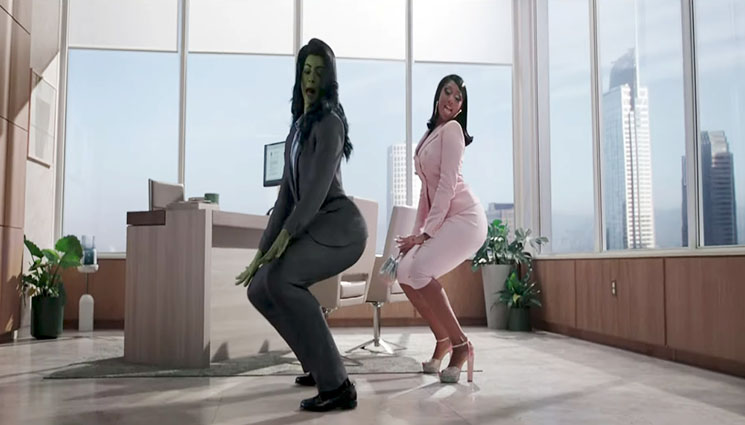 Jennifer Walters (portrayed by Tatiana Maslany) is a single, 30-something attorney by day, who transitions to a green 6-foot-7-inch super powered Hulk on her free time.

In one scene, Megan retains Jennifer as her attorney. After signing documents, Megan and Jennifer twerk in her office.

"Oh, you are way more fun than my last lawyer," Megan tells her.

"I will kill for you, Megan Thee Stallion," Jennifer says. "Dial it back," Megan responds.

She-Hulk was created by writer Stan Lee. She first appeared in The Savage She-Hulk #1 comic book.