Scottie Pippen was spotted shopping at Erewhon luxury supermarket in Calabasas, California with a Lori Harvey look-alike on his arm this week.

The 57-year-old NBA legend and his 20-something girlfriend showed some PDA as they browsed the aisles of the upmarket grocery store on Sept. 26.

Paparazzi photos of the two lovebirds surfaced on the same day that Scottie’s ex-wife and mother of his children, Larsa Pippen was spotted cuddling at a concert with Marcus Jordan, the 31-year-old son of Scottie’s former Bulls teammate Michael Jordan, 59.

The May-December pair were spotted during the Rolling Loud Festival in Queens, NY, on Sept. 26.

Larsa, 48, initially denied rumors that they were dating after they were spotted lunching in Miami recently.

It seems both Pippens have found love as they approach the twilight of their lives.

Their divorce was finalized on December 15, 2021, after 24 years of marriage. They continue to co-parent their minor children, Justin and Sophia. 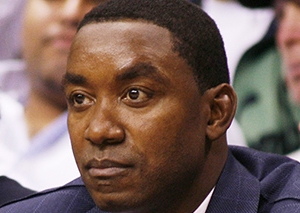