Ye, formerly Kanye West, is getting one more chance to attend a deposition in Kim Kardashian‘s divorce case.

The father of four missed a scheduled deposition, and now he is getting another chance on November 29 at 9:30 a.m.

According to legal documents, obtained by TMZ, Ye was supposed to field questions from Kim’s attorneys on November 16 — but for whatever reason, he never showed up.

If Ye misses the next deposition, it could mean he is at Kim’s mercy if the divorce goes to trial on December 14.

Kim and Kanye could agree to a settlement before the 14th, but he hasn’t been very cooperative, according to TMZ.

Kim is being represented by high-profile divorce attorney Laura Wasser, while Ye has gone through 5 attorneys already.

Kim, 42, filed for divorce on February 19, 2021. In February 2022, Kardashian filed a complaint with the Los Angeles Superior Court, asking to speed up the divorce proceedings. At the time, she was dating ex-SNL cast member Pete Davidson.

A judge has since ruled that Kim is legally single, but there’s still the issue of custody and the division of their assets.

Ye, 45, saw his personal wealth crash from just over $1 billion to less than $400 million in one day. Which means Kim is wealthier than he is.

According to reports, construction has stopped on Ye’s Malibu beach house due to insufficient funds.

Ye was forced to stop construction on the luxury ultra contemporary beach home after he lost his multi-million dollar deals with GAP and Adidas last month.

The ex-billionaire paid $57 million for the 4 bedroom, 4.5 bath home in September 2021. He gutted the house and was in the process of completely renovating it.

He’s reportedly living in a hotel penthouse suite with his current girlfriend Juliana Nalu, according to sources.

Shanquella Robinson may have been in a relationship with her killer 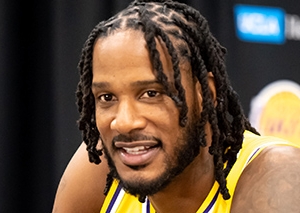