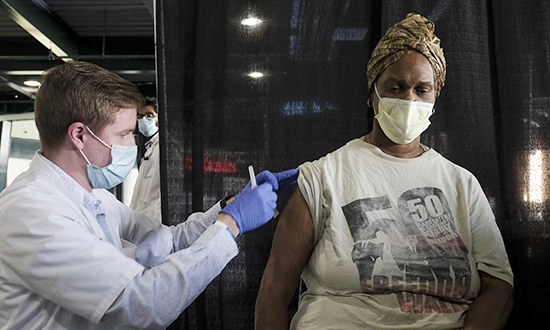 END_OF_DOCUMENT_TOKEN_TO_BE_REPLACED

R&B singer Trey Songz was arrested and charged with destruction of property at a Detroit concert on Wednesday. The emotional singer, whose real name is Tremaine Neverson, was on the bill with other stars at the fourth annual Big Show at the Joe Louis Arena.

END_OF_DOCUMENT_TOKEN_TO_BE_REPLACED

2 hardened criminals are in custody in connection with the abduction and murder of a 13-year-old Detroit boy.

Deontae Mitchell's body was found in a field on Detroit's eastside on Thursday. He was abducted at gunpoint Tuesday night outside a grocery store.

END_OF_DOCUMENT_TOKEN_TO_BE_REPLACED

A Detroit woman was taken into custody 2 hours after police released high-definition surveillance video that provided crystal clear images of the woman's face.

The dramatic video begins with a verbal argument between the occupants of two cars at a Mobil gas station on Detroit's west side just before 4:30 a.m. Sunday.

END_OF_DOCUMENT_TOKEN_TO_BE_REPLACED

With the stroke of a pen yesterday, President Barack Obama signed an executive order beefing up "sexual orientation" employee protections that already exist within the federal government.

The new executive order gives protections to gays, bisexuals, and transsexual employees of federal contractors. The executive order does not include religious exemptions -- meaning Catholic, Jewish and Muslim organizations that do business with the federal government cannot fire employees whose sexual preferences conflict with the organizations' religious morals or beliefs.

END_OF_DOCUMENT_TOKEN_TO_BE_REPLACED

The stepmother of a 12-year-old Detroit boy -- who was found hiding in his father's basement 11 days after he went missing -- was taken into custody on Thursday. Monique Dillard-Bothuell, 37, was arrested for a probation violation, USAToday reports. She was charged with carrying a concealed weapon in 2013.

END_OF_DOCUMENT_TOKEN_TO_BE_REPLACED

12-year-old Charlie Bothuell V was presumed dead after he went missing from his father's townhouse a week and a half ago. On Wednesday, while serving a search warrant on the home, police found Charlie hiding behind a makeshift barricade in the basement of his father's home.

The basement had been searched thoroughly by police and cadaver dogs early on in the investigation. Authorities believe the boy was not in the basement when it was searched previously.

END_OF_DOCUMENT_TOKEN_TO_BE_REPLACED

A Michigan man has been charged with second degree murder in the shooting death of 19-year-old Renisha McBride.

Wafer claims he shot McBride in the face in "self defense" when she knocked on his door seeking help after a car crash on Nov. 2. McBride's family was notified of her death on Nov. 4. Police initially said her body was "dumped" in the Detroit suburb.

Prosecutor Kym Worthy announced the arrest today during a press conference in Detroit.

"We obviously do not feel that the evidence in this case reveals that the defendant acted in lawful self defense," Worthy said.

END_OF_DOCUMENT_TOKEN_TO_BE_REPLACED

Renisha McBride's killer waited until her body was cold before calling 911 to report the shooting, according to The Detroit News.

Seeking help after wrecking her car, 19-year-old McBride knocked on the door of a home in the Detroit suburb of Dearborn Heights last Sunday. Instead of assisting her, the homeowner (identified by McBride supporters as Ted Wafer) opened the door and shot McBride in the face with a single shotgun blast.