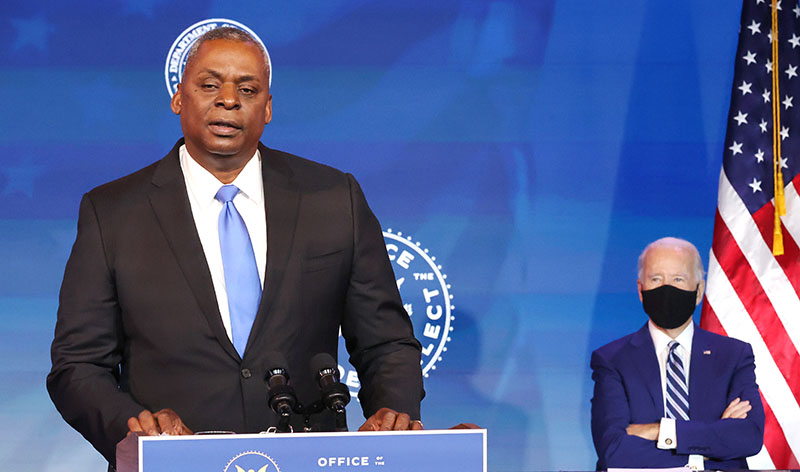 Less than one month into his presidency, Joe Biden ordered an airstrike on Eastern Syria, killing 22.

According to the Associated Press, the airstrikes were "recommended" to Biden by Defense Secretary Lloyd Austin.

"I'm confident in the target that we went after, we know what we hit," Austin told reporters on Thursday, according to the Associated Press.

The news struck fear into the hearts of many Americans who enjoyed four war-free years under former President Donald Trump.

Even before the airstrikes in Syria, dozens of Democrats pressured Biden to give up his sole authority to launch nuclear weapons as commander in chief.

All presidents have the sole authority to launch nuclear weapons, but Biden's own party wants him to give up that authority.

Rep. Jimmy Panetta, Democrat-Calif., said Monday in a tweet that he is "calling on" Biden "to install checks [and] balances in our nuclear command-and-control structure."

The briefcase containing the nuclear codes -- dubbed the "nuclear football" -- was not handed off to Biden by his predecessor, Trump, as per tradition, since Trump declined to attend Biden's inauguration in January.

But this time she is asking Biden to relinquish the nuclear codes, presumably due to his declining mental status.

"While any president would presumably consult with advisors before ordering a nuclear attack, there is no requirement to do so," wrote Panetta in his letter. "The military is obligated to carry out the order if they assess it is legal under the laws of war. Under the current posture of U.S. nuclear forces, that attack would happen in minutes."

Remember when former President Barack Obama sent a pallet containing $400 million in cash on a military cargo plane to Iran as part of a nuclear deal? Well, President Trump just killed that deal.

END_OF_DOCUMENT_TOKEN_TO_BE_REPLACED

North Korean leader Kim Jong Un goes nuclear -- and it might be for real this time.

The U.S. Navy is on high alert after Kim Jong Un ordered his military on standby to prepare for nuclear strikes on the U.S.

If there is a nuclear strike on the west coast of the United States, the radiation fallout alone would be catastrophic.

END_OF_DOCUMENT_TOKEN_TO_BE_REPLACED

Americans awoke to the alarming news that North Korea detonated a Hydrogen Bomb Wednesday morning. North Korea claims the detonation was part of a test of its nuclear capabilities.

The Korean Central News Agency announced the "the H-bomb of justice," was tested in "the most perfect manner."

But officials who examined photos of the so-called test say the mushroom cloud is too teensey-weensy to be a real hydrogen bomb.

END_OF_DOCUMENT_TOKEN_TO_BE_REPLACED

Yesterday, the Israeli people reelected Benjamin Netanyahu as Prime Minister. The people of Israel spoke with one voice and reelected Netanyahu to an unprecedented 4th term -- despite U.S. President Barack Obama backing his opposition.