A biracial college student says he doesn't regret sharing a video of a white high school classmate uttering a racial slur because she should have known better.

Mimi Groves was excited after earning her learner's permit and was sitting in traffic when she dropped the N-bomb in a video.

The high school student from Leesburg, Virginia sent her video to a friend on Snapchat, where classmate Jimmy Galligan, 18, spotted it, The Sun reports.

Galligan reportedly saved the video for a year before he posted it on social media right when he knew that Groves, now 19, had chosen to attend the University of Tennessee, Knoxville in June.

She was kicked off the University of Tennessee cheerleading squad and eventually withdrew from the school under pressure from admissions officials, according to The NY Times. They told her they'd received hundreds of emails and phone calls from outraged alumni, students and the public asking them to revoke its admission offer.

Groves, the cheerleading captain on her high school team, was mortified. She had just been accepted to the university's cheer team when the video dropped -- right around the time of the George Floyd protests.

Groves had urged her friends and followers to "protest, donate, sign a petition, rally, and do something" in support of Black Lives Matter.

One of her social media followers responded: "You have the audacity to post this, after saying the N-word."

Groves said that, at the time, she "didn't understand the severity of the word, or the history and context behind it."

"I was so young," Groves said. She added that the slur was in "all the [rap] songs we listened to, and I'm not using that as an excuse."

She said her entire family was struggling with the public shaming.

"It honestly disgusts me that those words would come out of my mouth," Groves said. "How can you convince somebody that has never met you and the only thing they've ever seen of you is that three-second clip?"

"I wanted to get her where she would understand the severity of that word," Galligan told the New York Times.

He added: "If I never posted that video, nothing would have ever happened" to her.

Feeling proud of himself, Galligan said he will always remember he "taught someone a lesson."

Galligan is now enrolled in his freshman year at Vanguard University in California while Groves lives at home, taking online classes at a nearby community college.

One of her friends, who is Black, said Groves apologized to her long before the video went viral. 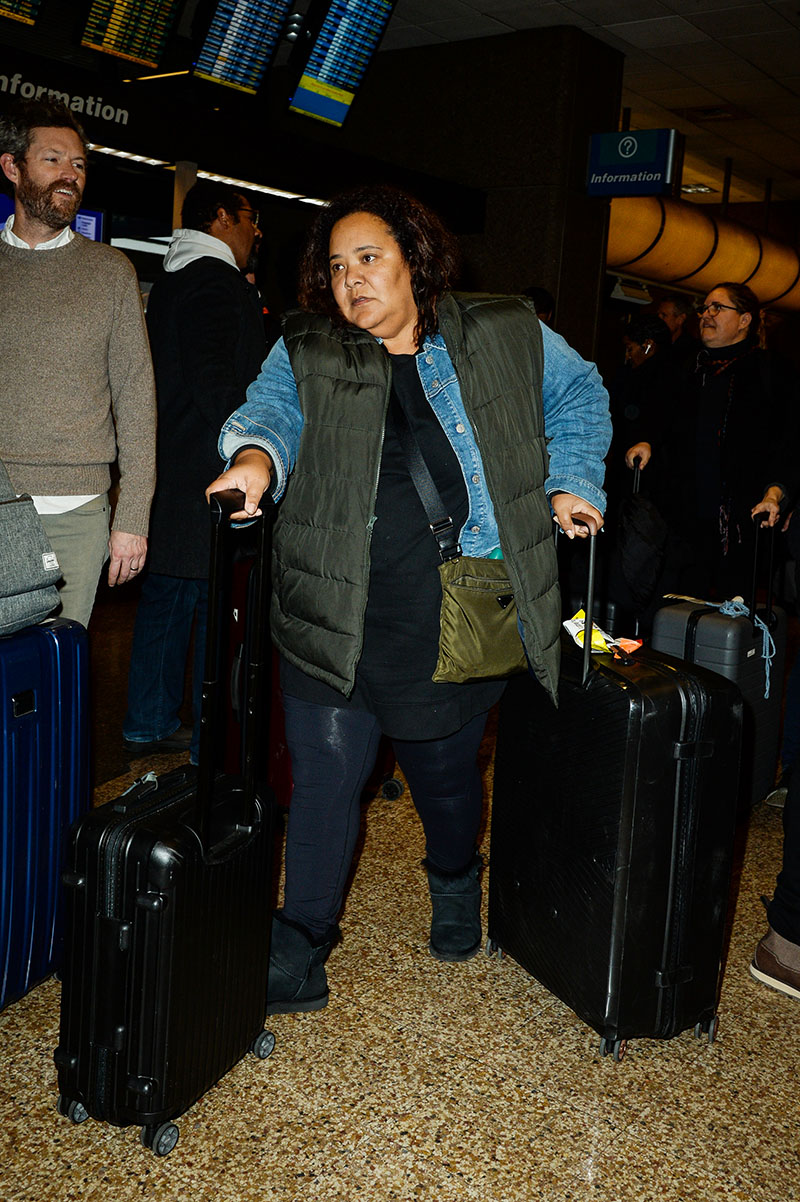 Marc Lamont Hill's ex dream hampton is set to direct a series about the Tulsa Race Massacre, an act of racial violence that occurred nearly 100 years ago.

The 49-year-old writer/filmmaker who stylizes her name in all lower caps, says the time is right for such a compelling series about race relations in America.

Hampton, pictured below with activist Tarana Burke, says she's inspired by the persistence of Black people from Tulsa. 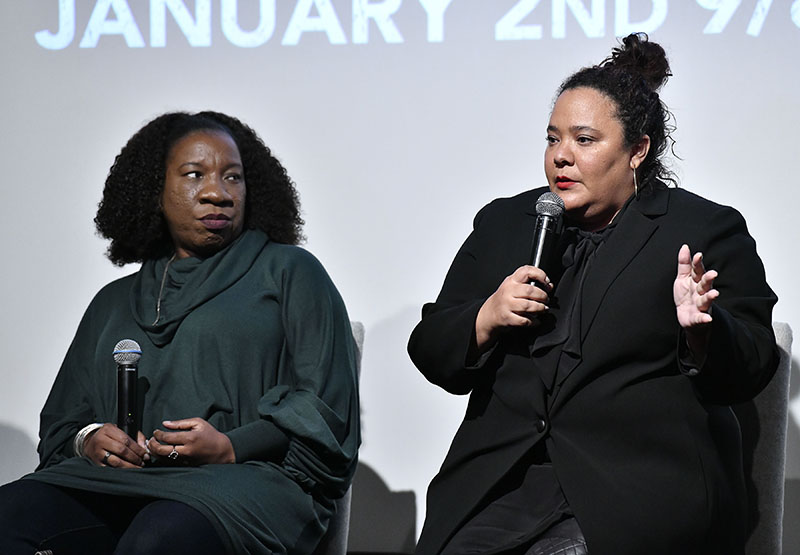 "Black people from Tulsa have refused to let the Greenwood District Massacre be erased from history. I'm so inspired by their persistence to lift up the stories of what North Tulsa was before the massacre," hampton said in a statement on Monday about the burning of Tulsa's Greenwood District, dubbed "Black Wall Street" for its collection of successful African American-owned businesses.

Over 300 Americans were killed and thousands more were displaced from their homes as the Greenwood District was torched by white supremacists.

"As the centennial approaches they are still searching for a mass grave they believe contains the bodies of the victims of the Black Wall Street Massacre, and they are still demanding reparations. I'm inspired to learn this history from them, and to tell their ongoing story," said hampton.

The award-winning filmmaker was once entangled in a love triangle with another woman for Marc Lamont Hill's affections.

Their squabble over a cheating man got so heated that the other woman emailed your auntie to put hampton on blast.

When your auntie did the responsible thing and reached out to hampton for her side of the story, she pleaded with me not to publish the woman's email because her minor daughter (at the time) was old enough to read the blogs.

A Georgia man who was stopped by police after a Caucasian woman called 911 to report he was babysitting white children is speaking out.

END_OF_DOCUMENT_TOKEN_TO_BE_REPLACED 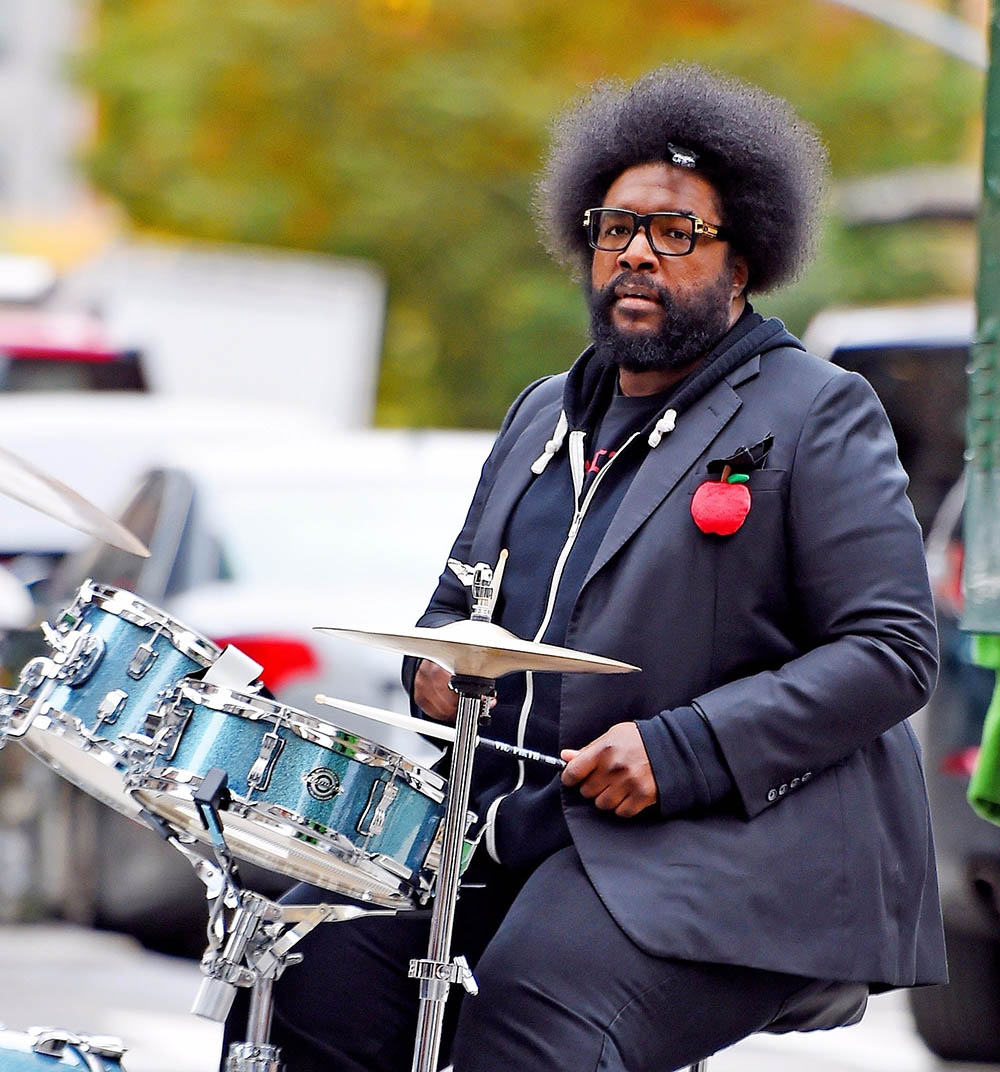 Questlove has denied the "ridiculous" accusations of racial discrimination made against him in a new federal lawsuit.

The Roots founder was accused of racism for pressuring TV bosses to fire camera operators Kurt Decker and Michael Cimino from The Tonight Show with Jimmy Fallon.

The famed 47-year-old drummer, whose group is the house band, denied the "ridiculous" claims in a statement.

END_OF_DOCUMENT_TOKEN_TO_BE_REPLACED

A celebrity fashion designer has apologized profusely for writing a note to a fashion blogger that contained what some consider to be a racial slur.

Ulyana Sergeenko, a Russian designer who counts Rihanna and Kim Kardashian among her clients, was criticized on Tuesday when style blogger Miroslava Duma posted the note on her Instagram Stories.

Duma posted an image of a bouquet of roses and an accompanying note which read, "To my ni--as in Paris."

END_OF_DOCUMENT_TOKEN_TO_BE_REPLACED

Fox News terminated a longterm executive after an internal investigation determined she consistently belittled and degraded her black co-workers.

END_OF_DOCUMENT_TOKEN_TO_BE_REPLACED

A black teenager was arrested and charged with threatening students at Arundel High School in the Annapolis suburb of Gambrills, Maryland.

The 14-year-old female is a student at the school.

END_OF_DOCUMENT_TOKEN_TO_BE_REPLACED

One racial slur seemed to be directed at black officers who were engaging in friendly banter on the police radio, about 12 hours after Republican frontrunner Donald Trump canceled his rally at the UIC Pavilion.

END_OF_DOCUMENT_TOKEN_TO_BE_REPLACED

A massive manhunt is underway for a crazed gunman who shot and killed 9 people as they prayed inside a historic black Charleston, S.C. church. Six females and 3 males were killed in the massacre on Wednesday night. The gunman reportedly allowed survivors to leave the church so they could tell people what he had done.

The FBI and local authorities are calling the shooting a hate crime.