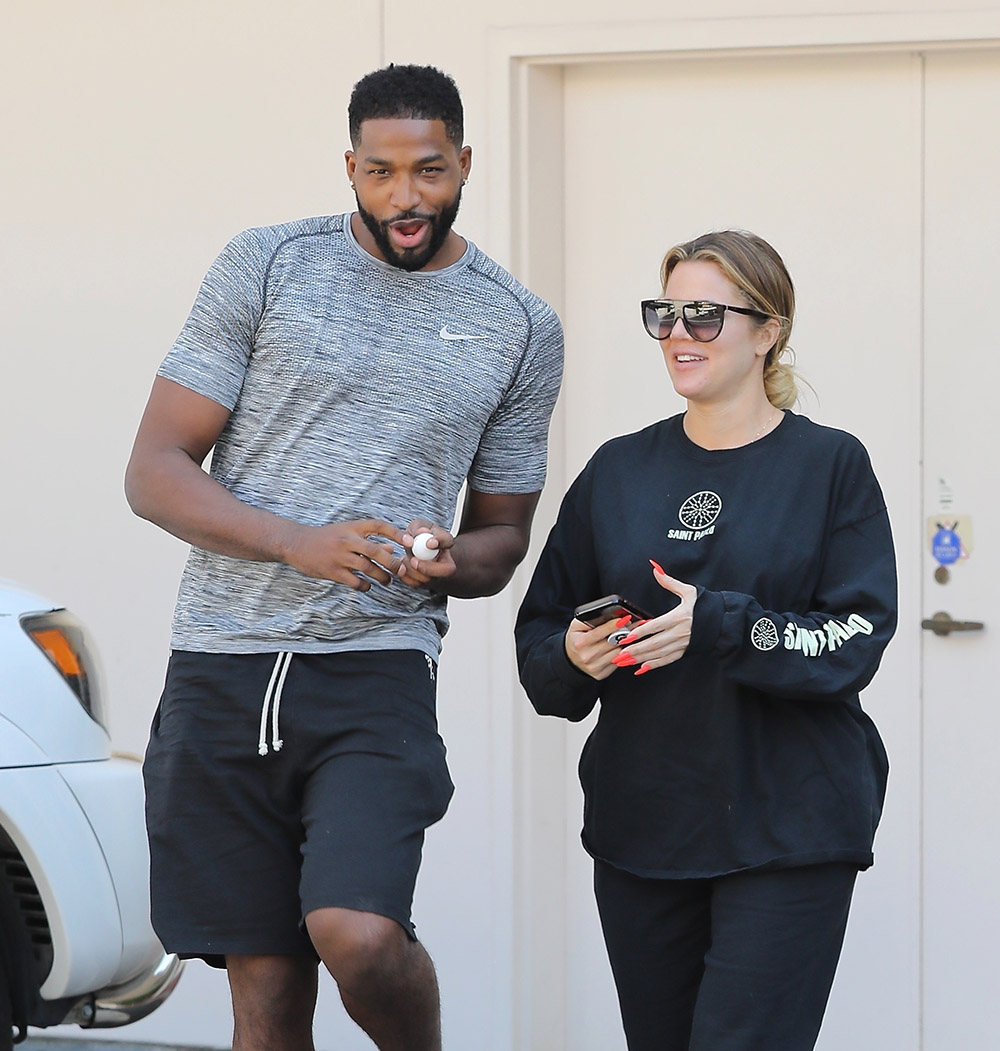 The stories about Tristan Thompson’s cheating ways are coming fast and furious. Earlier this week, TMZ published videos of the 27-year-old Cleveland Cavaliers star cavorting at nightspots with 3 or 4 loose women. Now comes word that the promiscuous horn dog, who prefers LSLH strippers, was holed up at a hotel for months while his girlfriend, Khloe Kardashian was pregnant.

Khloe (or her surrogate) reportedly gave birth to a healthy baby girl in Cleveland on Thursday.

For months the blogs warned Khloe about Tristan’s predilection for strippers and how he practically lived at the strip club in Cleveland. But she didn’t listen.

According to TMZ, Tristan hooked up with a woman named Tania at the 4-star Four Seasons hotel in New York City. Tania, who is described as a high-end sales associates, was seen leaving the team hotel where the Cavaliers often stay when they are in town.

Tristan never returned to the Four Seasons for his midnight curfew.

Many wonder why all of these videos and reports are coming out at the same time. Others theorize that the information was deliberately leaked by Kris Jenner (in cahoots with TMZ) to make Tristan look bad.

A possible motive could be that Khloe wanted Tristan’s baby to lock in a steady stream of income for the next 18 years.

Expect Khloe to announce her breakup from Tristan in the coming weeks.