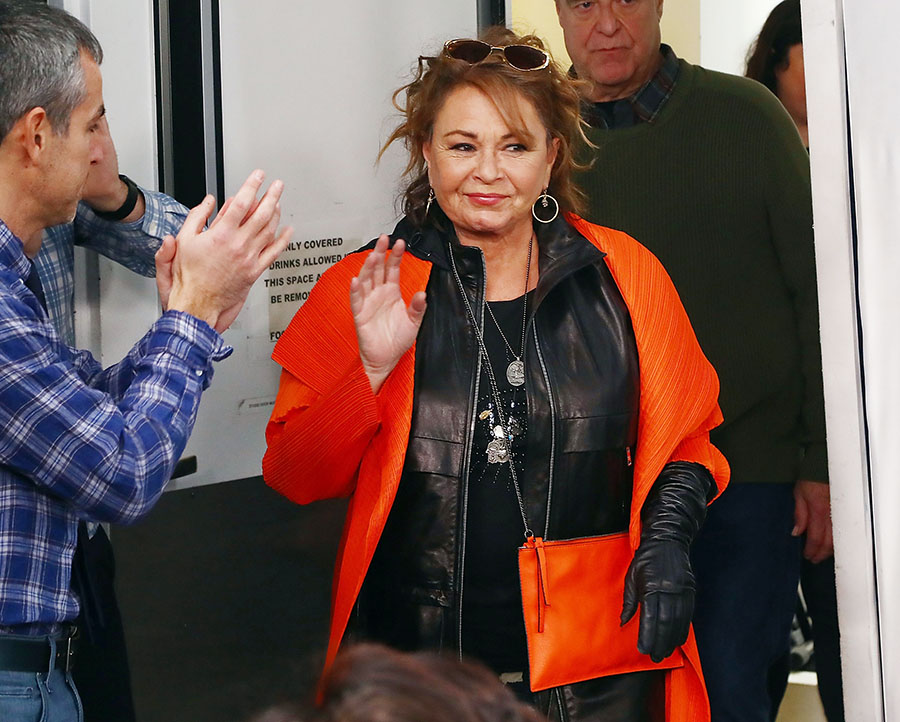 Blacklisted actress Roseanne Barr returned to Twitter.com on Tuesday to beg her followers to stop boycotting ABC over the network's decision to cancel her show.

Disney cancelled The Roseanne Show hours after she went on a bizarre Twitter rant attacking liberals such as George Soros, Chelsea Clinton, and former President Obama advisor Valerie Jarrett, whom she compared to an ape.

The 65-year-old actress blamed the sleeping drug Ambien and begged her followers not to defend her actions.

"Guys I did something unforgiveable [sic] so do not defend me. It was 2 in the morning and I was ambien tweeting - it was memorial day too - i went 2 far & do not want it defended..."

Later, she grew defiant, defending her tweets and retweeting many tweets that defended her behavior.

Roseanne claimed she didn't know Jarrett was "African American" when she compared the politico to one of the characters in 'Planet of the Apes'. (Jarrett is actually mixed race and identifies as Iranian.)

"I'm sorry 4 my tweet, AND I will also defend myself as well as talk to my followers. so, go away if u don't like it. I will handle my sadness the way I want to. I'm tired of being attacked & belittled more than other comedians who have said worse."

Then Roseanne dropped a hint that her "Ambien tweeting" may have been an intentional act to get her show cancelled and throw hundreds of liberals out of work.

"I just want to apologize to the hundreds of people, and wonderful writers (all liberal) and talented actors who lost their jobs on my show due to my stupid tweet."

Nearly all of the people on the cast and crew of The Roseanne Show were anti-Trumpers who despised Roseanne for supporting the president. But they worked side-by-side with her because they needed the money.