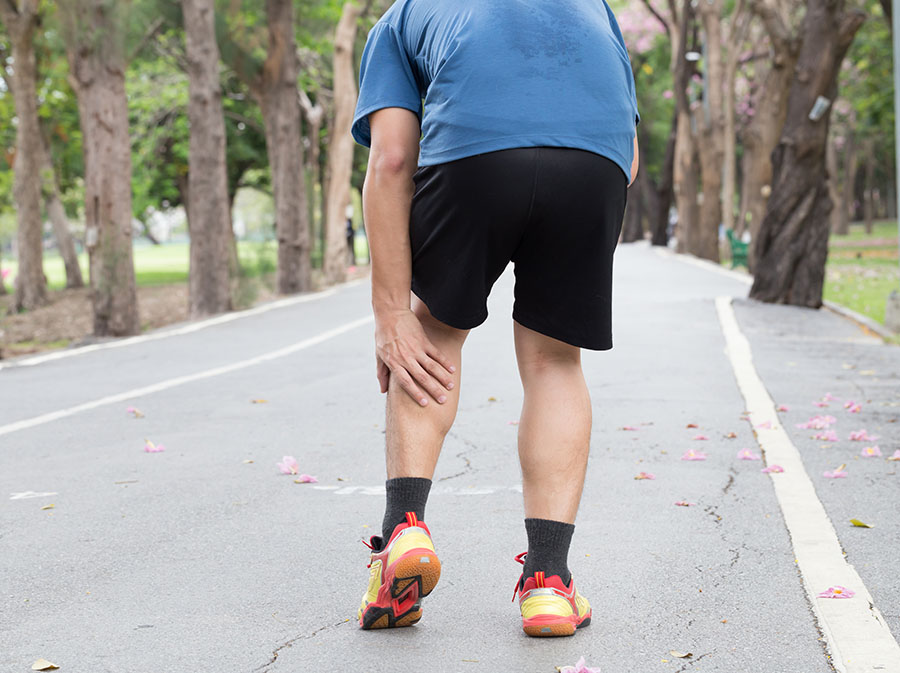 Rhabdomyolysis is a serious medical condition that is caused by the rapid destruction of muscle fibers, usually after intensive workouts.

Rhabdomyolysis is caused by the rapid breakdown of muscles that releases muscle fibers and other contents directly into the blood stream.

This condition affects mainly body builders and people who exercise too strenuously, causing damage to the muscles.

Rhabdomyolysis occurs after extreme muscle damage caused by lifting heavy weights or doing too many reps on weight machines.

Personal trainers often advise weight trainers to "feel the burn" and "no pain, no gain" wile working out.

The burning sensation is caused by a buildup of lactic acid in the muscles when the muscles are fatigued or weakened.

The first sign of rhabdomyolysis is a sharp, stabbing pain in the muscles. The pain will be severe, followed quickly by tenderness, weakness and massive swelling (compartment syndrome) of the muscles.

The swelling is caused by leaking of muscle fibers and the movement of fluid from the blood into the damaged muscles resulting in low blood pressure and shock.

A protein called myoglobin is released from the muscles which damages the kidneys, resulting in low volume of dark brown colored urine.

If not treated in an emergency room, rhabdomyolysis can lead to confusion, coma and death.

Other signs and symptoms include:

Go to the nearest emergency room if you feel a sharp, stabbing pain in your muscles followed by tenderness, weakness and swelling of your muscles.

In the video below, Mr. Olympia Shawn "Flexatron" Rhoden rests briefly between short reps to prevent damage to his muscles.