For months Kanye has preached the gospel - over new music tracks - at his now famous "Sunday Service" in the desert. Kanye's celebrity friends join him and his family at the musical and spiritual services which have now become a weekly tradition.

Over the weekend, Kanye stunned fans wen he appeared onstage with rapper Kid Cudi at the 2019 Coachella Valley Music And Arts Festival in Indio, California.

Kanye's own Coachella set was cancelled last month after he made unrealistic demands for his stage setup. 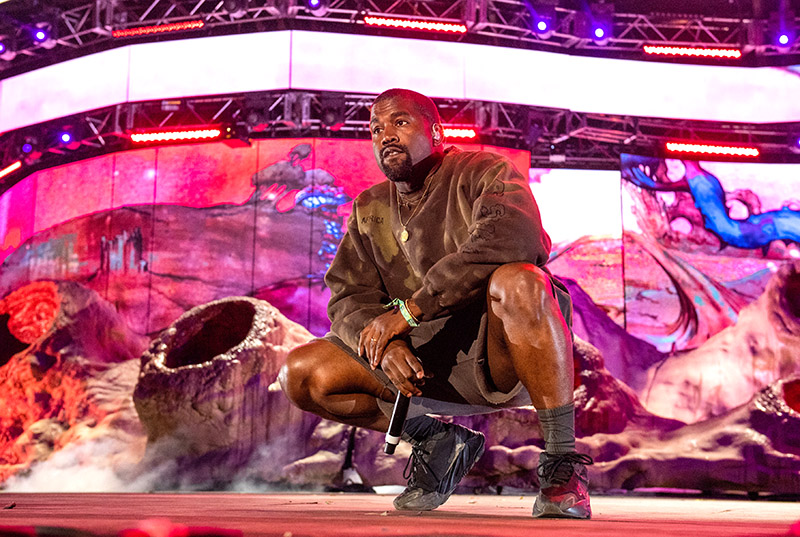 On Sunday, hundreds of fans made the trek to a small hilltop at Coachella to worship at the alter of KanYesus.

But the legendary gospel group, The Clark Sisters, are not here for Kanye committing the unforgivable sin of violating their copyrights.

The Detroit sisters called out Kanye for not clearing their music before he performed and broadcast their songs during his Coachella livestream, according to Rhymeswithsnitch.com.

The Clark Sisters reposted Instagram clips from the grandiose rapper's Sunday Service with the caption, "We own the rights to this music."

Kanye and Kim Kardashian-West might hear from the Clark Sisters' attorney soon.

A post shared by The Legendary Clark Sisters (@thelegendaryclarksisters) on Apr 21, 2019 at 7:41pm PDT

A post shared by The Legendary Clark Sisters (@thelegendaryclarksisters) on Apr 21, 2019 at 8:49pm PDT

Photos by Timothy Norris and Rich Fury/Getty Images for Coachella