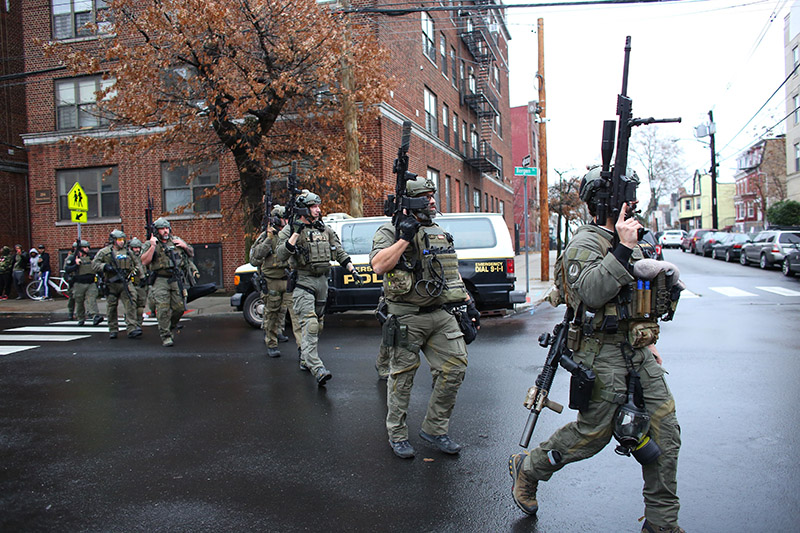 6 people are confirmed dead, including two suspects who went on a shooting rampage at a cemetery and a kosher market in Jersey City on Tuesday, Dec. 10.

Jersey City Mayor Steven Fulop said the two suspects "targeted" the Jewish market, where three innocent people were killed, including the wife of the store owner.

According to CBS News, the suspects shot and killed Detective Joseph Seals at a cemetery after he spotted a stolen U-Haul truck that was linked to a murder he was investigating.

The suspects - a male and a female - then drove about a mile to the kosher market, jumped out of the truck and opened fire, killing two innocent shoppers and the store owner's wife inside.

Mayor Fulop said surveillance footage "makes it clear" that the store was targeted by the shooters who engaged SWAT teams in a 2-hour standoff.

"They park the van. They exit the van with long guns in their hands. And they immediately begin firing in the location where we lost three of our citizens yesterday."

The firefight ended when police drove an armored vehicle through the storefront and fatally shot the two suspects.

All of the victims, except the police officer, were Orthodox Jews.

Update: the shooters are identified as David Anderson and Francine Graham. Anderson is a "Black Hebrew Israelite" who published anti-Semitic and anti-police posts on social media.