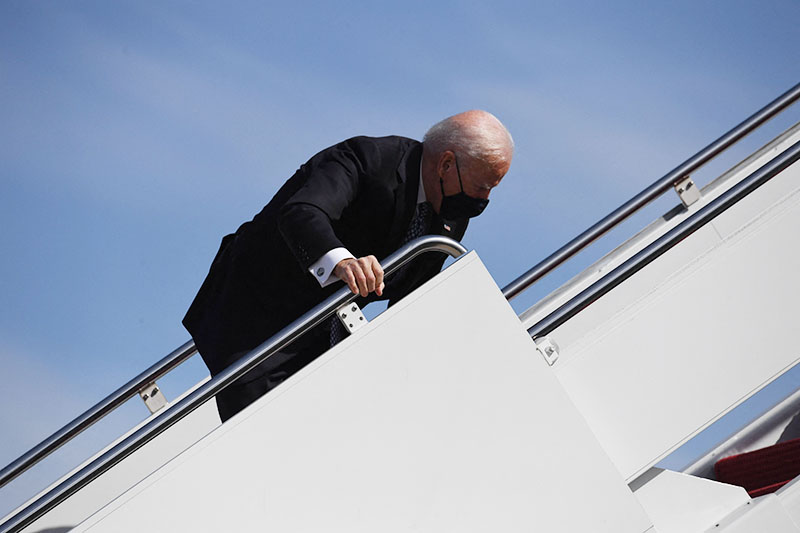 He picked himself up, dusted off his pant leg and continued climbing to the top of the stairs before turning and saluting.

The incident occurred on Friday afternoon at Joint Base Andrews in Maryland, where Biden was departing for Atlanta to tour the CDC and meet with members of the Asian community following the spa shootings that left eight people dead including six Asian women on Tuesday.

Biden is the oldest president to take the oath of office. There has been rampant speculation that he is in cognitive decline due to dementia.