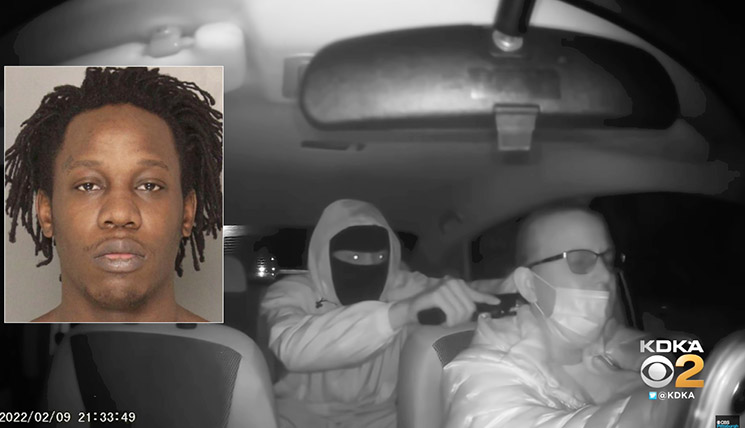 Prosecutors in an Allegheny, Pennsylvania courtroom played chilling dash camera video of Uber driver Christy Spicuzza begging for her life before she was killed.

Calvin Crew, 22, allegedly used his girlfriend's cell phone to call for an Uber ride in February. Prosecutors say Crew killed Spicuzza, 38, and left her body in a wooded area along Rosecrest Drive.

Spicuzza's body was found days later. Her cell phone containing the dash camera video was also recovered at the scene.

On Wednesday, prosecutors played a 20-minute clip that shows a frightened Spicuzza telling Crew she was a mom of four.

Nearly 20 minutes into the clip, Crew is seen sliding over behind Spicuzza and placing a handgun to the back of her neck.

The startled Uber driver felt the gun and said, "Come on, man. I've got a family. What are you doing?"

Crew answered calmly, "I got a family too. Now drive."

Spicuzza's family members, who were in the courtroom Wednesday, were visibly upset by the footage.