A transgender rights group is putting pressure on Spotify and Apple Music to remove Aretha Franklin‘s 1967 hit song “(You Make Me Feel Like) A Natural Woman.”

According to the Norway-based Trans Cultural Mindfulness Alliance (TCMA), the song has been deemed “offensive” to transgender groups.

TCMA formed earlier this month and its first mission is to ban Franklin’s classic hit song.

In a message on Jan. 20, the group asked Spotify and Apple Music to pull Franklin’s song from their streaming platforms.

The activists insisted “there is no such thing as a ‘natural’ woman.” 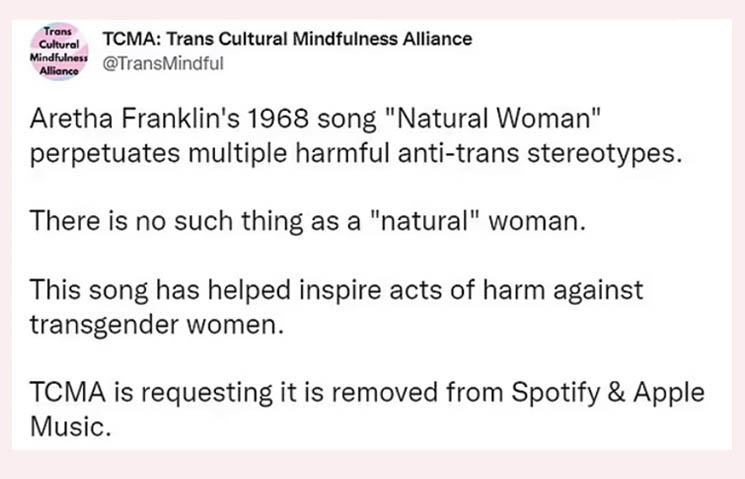 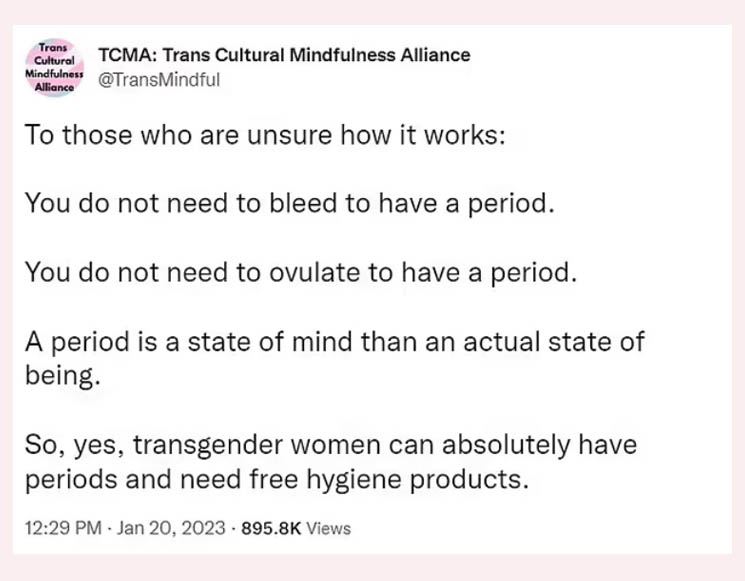 According to reports, Kellie-Jay Keen, founder of Standing for Women, says it’s “really hard” to ignore the “misogyny” of the trans-rights movement.

Ms. Keen explained that she was attacked by the transgender-rights movement for giving birth.

“I don’t think many women really know how much we’re hated – I hate to say it … I don’t have a victim mentality, but it’s really hard to ignore the misogyny of this particular movement.”

Franklin – who died in 2018 at age 76 – was named the Best Singer of All Time by Rolling Stone magazine.

In its tribute to Franklin, Rolling Stone called her “A force of nature. A work of genius. A gift from the heavens.”