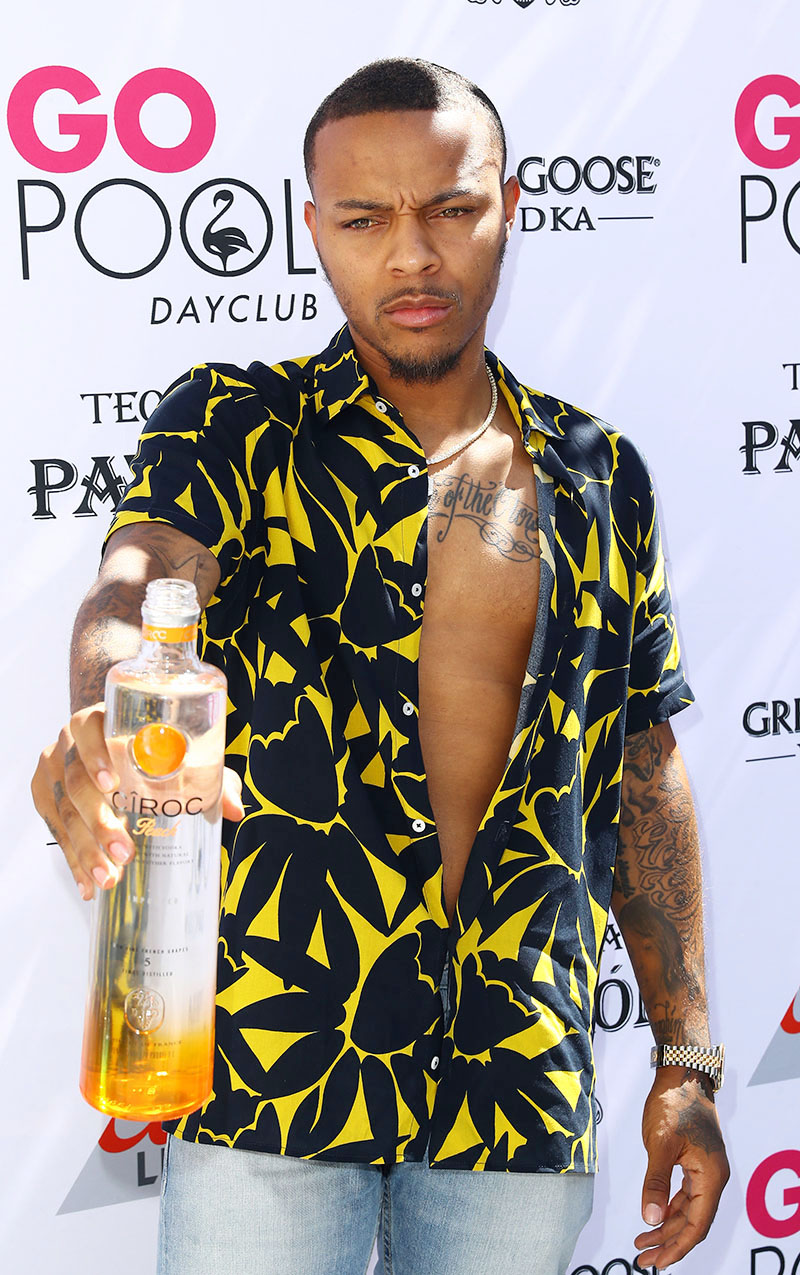 A DNA test has confirmed that the reality TV star is the father of a baby boy that he publicly denied on social media.

On Friday, a family court judge confirmed Shad is the father of Stone Kamin, who was born in 2020 to Instagram model Alexis Sky, 34.

A paternity test was ordered by the Fulton County (Georgia) court after Shad denied he was Stone's father. 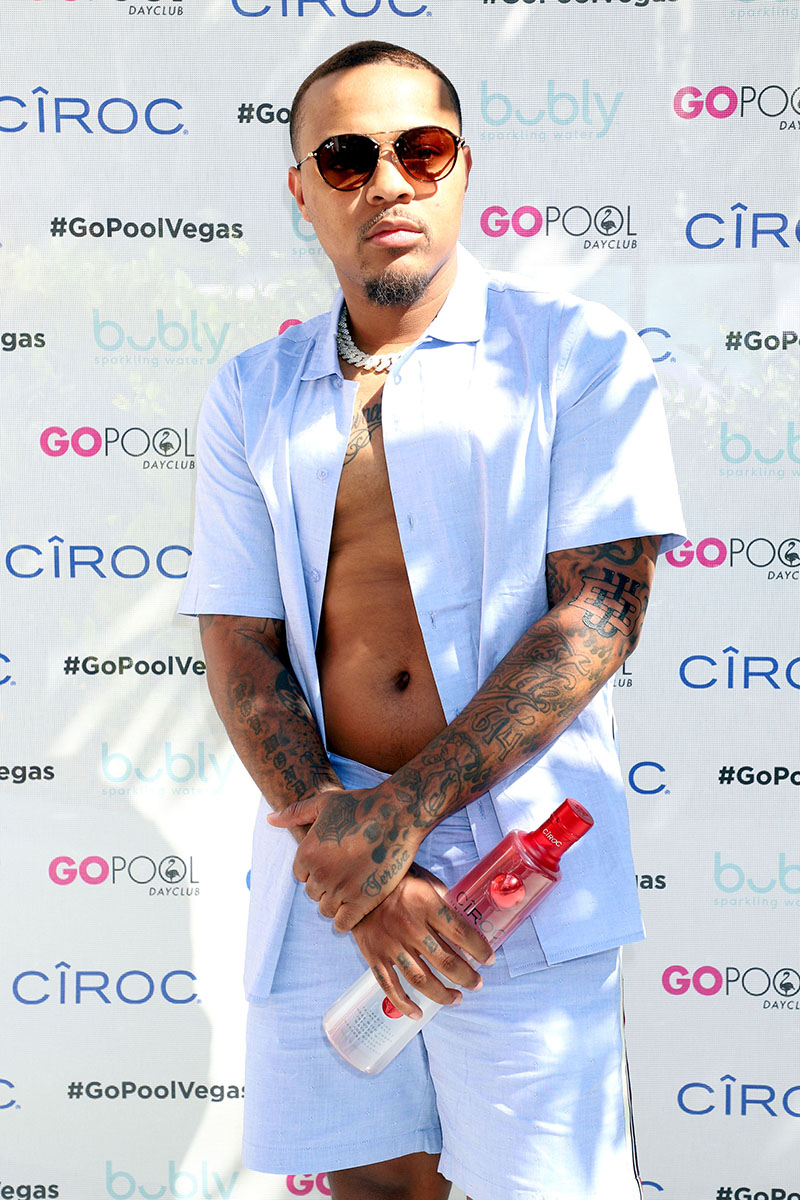 After a 60-day conference via Zoom, the family court division was satisfied that Shad was indeed Stone's father and the baby would be removed from the state's welfare rolls.

The court also declared that little Stone would "be known as Stone Moss."

"It is the judgment of this court that the child of the parties, Stone Kamin, born in 2020, is hereby declared the legitimate son of respondent, Shad Moss, capable of inheriting from the respondent in the same manner as if born in wedlock."

Despite all that, Shad still took to social media to deny fathering Stone, and claimed he only had one legitimate child, a daughter named Shai, by his former girlfriend Joie Chavis.

He had nothing nice to say about IG model Alexis, the mother of his youngest child.

But he wasn't always so heartless toward his flesh and blood.

After Stone was born last April, Shad shared a sweet photo of the infant with his big sister, Shai, on his Instagram Stories. He captioned the photo with a king and heart emoji.

Shad was equally bitter toward his ex-girlfriend Kiyomi Leslie, who was rumored to have aborted his third child. 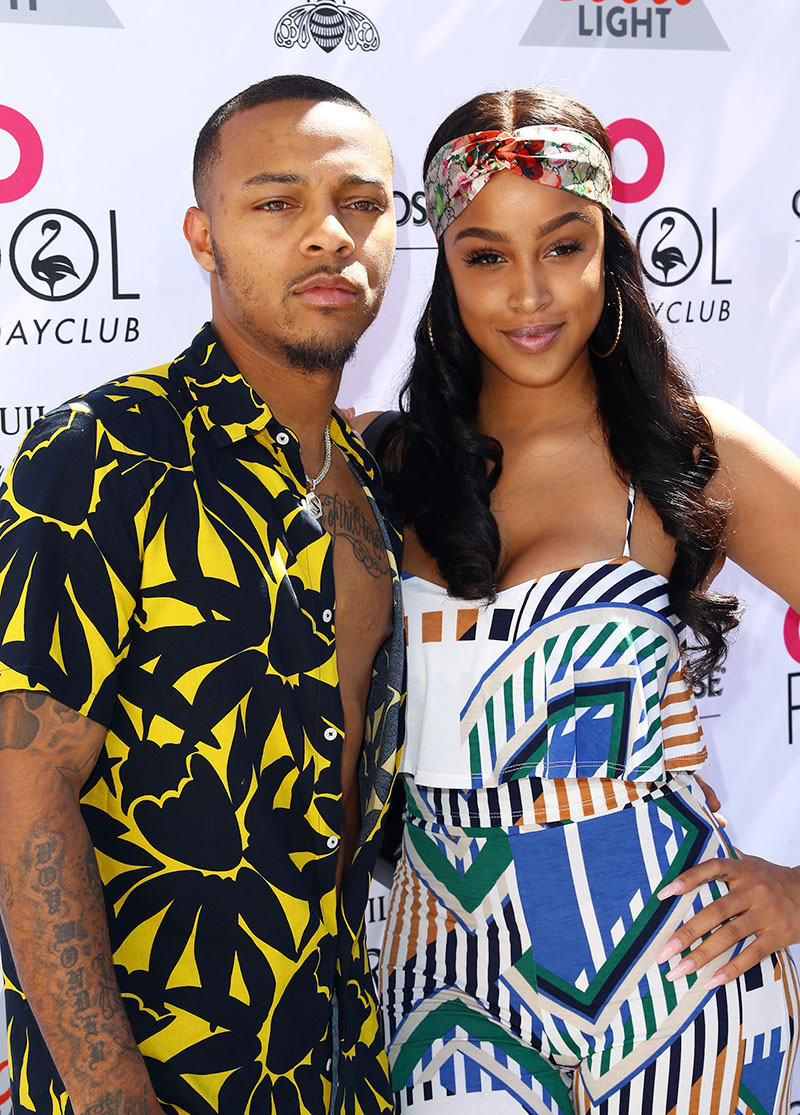 The ex-couple were arrested by Atlanta police after a vicious fight in their apartment following the Super Bowl in 2019.

Kiyomi, 30, has since moved on. In March, the Growing Up Hip Hop: Atlanta star welcomed a baby with NFL player Justin Hardy. 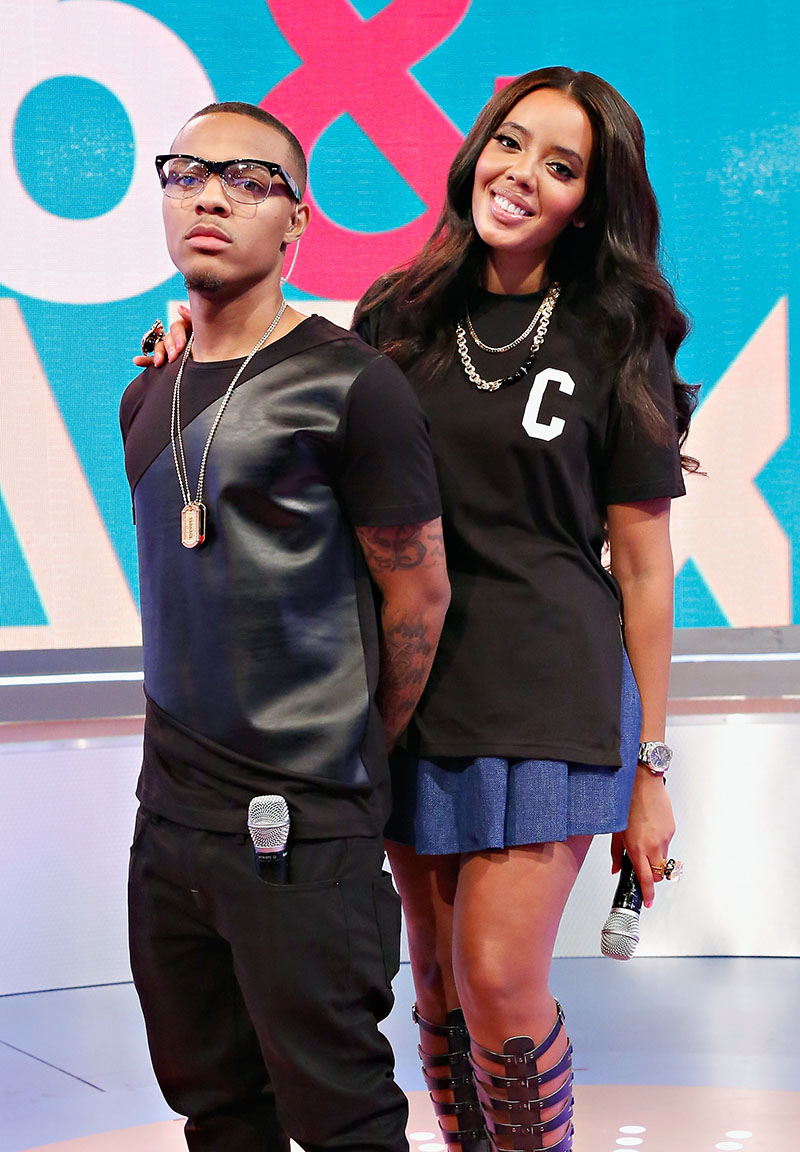 Angela Simmons declined to name her ex-boyfriend who laid hands on her in the past.

During an earlier interview with The Breakfast Club, Angela said, "I've firsthand dealt with abuse and never really spoke out about it and I know there are a lot of women that are stuck."

The single mom-of-one recently sat down with Hollywood Unlocked's Jason Lee to discuss her past abuse. 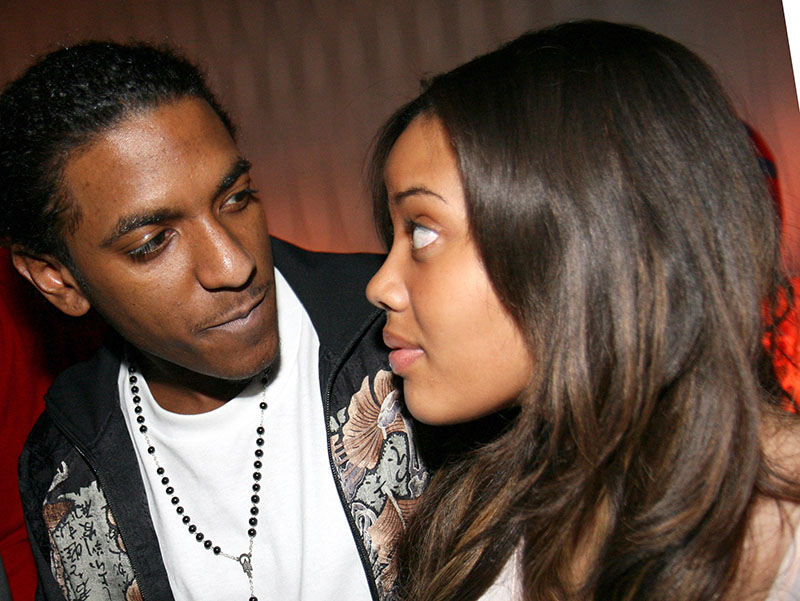 The 33-year-old Virgo didn't name her abuser but she shared the level of abuse she was subjected to.

"Well, hands thrown, hands used. I wouldn't say punched, but hands used and things thrown at me and stuff like that," she said. "Enough where there were bruises." 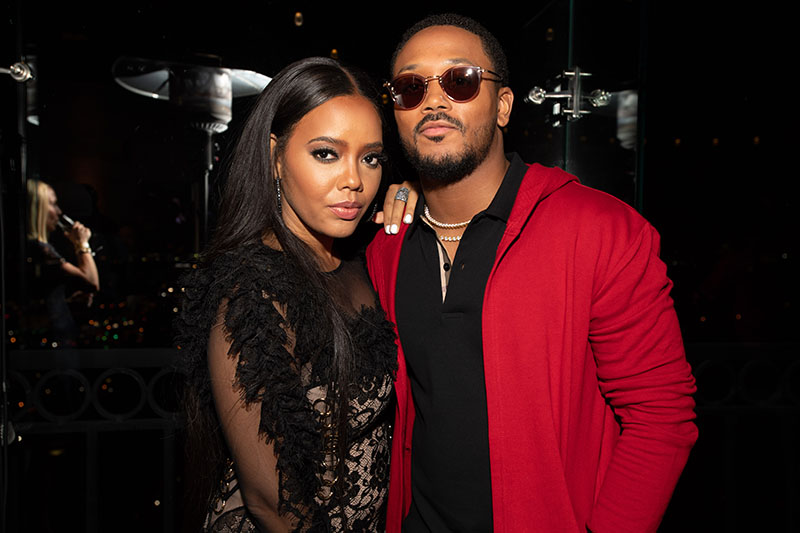 She added: "It wasn't okay and it definitely wasn't right and you know, I knew when enough was enough. Just after a while, being afraid, being scared, that's not fun. There's so many different things that you finally [makes you decide] this isn't for me."

When pressed to name the person who abused her, Angela said, "I would never speak on names." 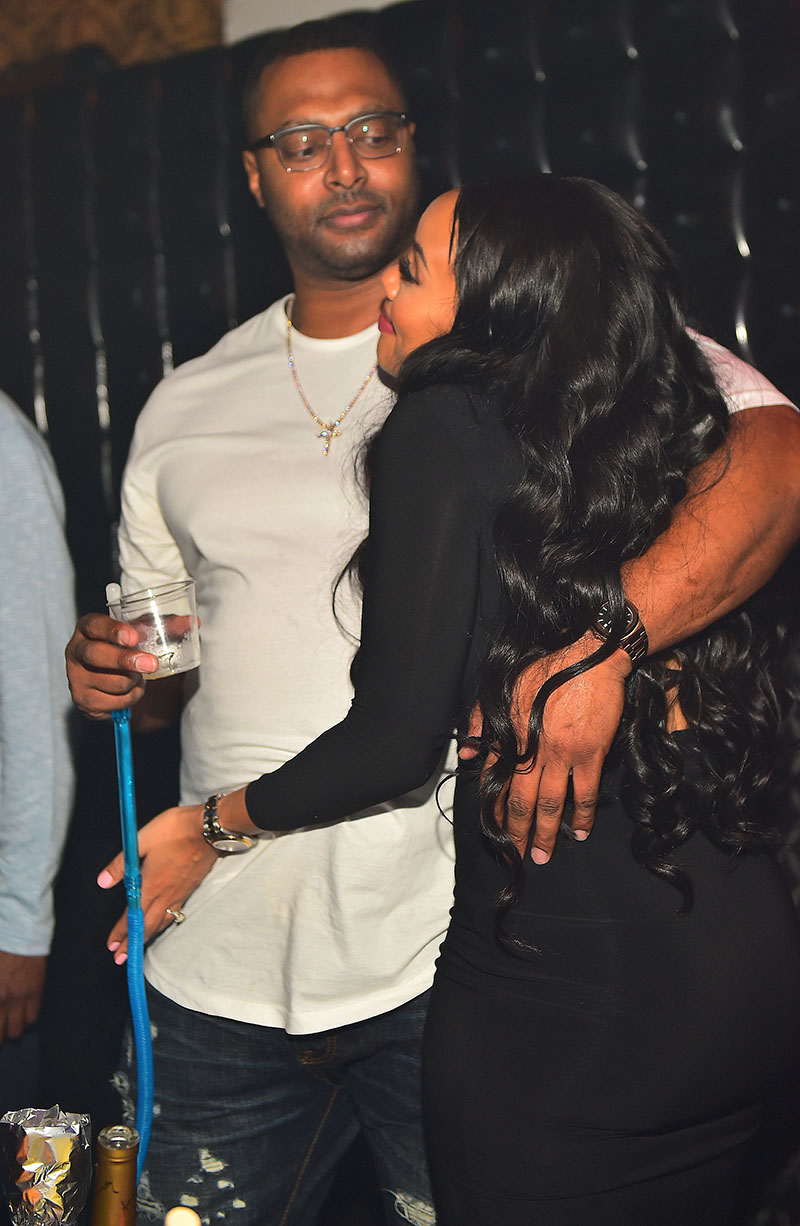 Though she claimed to be a virgin several years ago, Angela has been romantically linked to rappers Bow Wow and Romeo Miller, singer Lloyd, reality TV star Rob Kardashian, and her late ex-fiancé, Sutton Tennyson, the father of her son, Sutton Joseph. 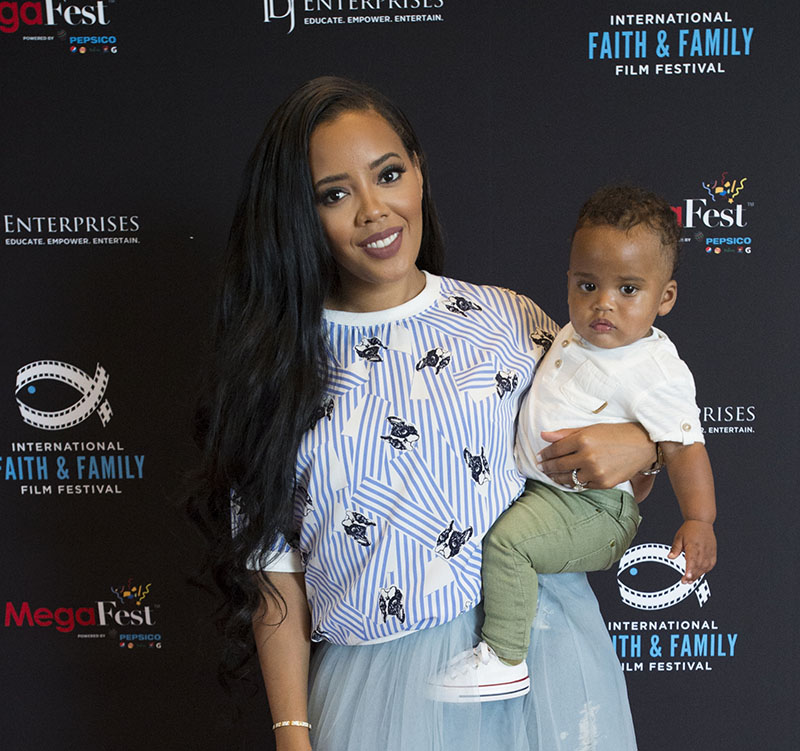 Angela is best known for appearing in her father, Rev. Joseph Simmons, reality TV show Run's House. She is the niece of entertainment mogul Russell Simmons. 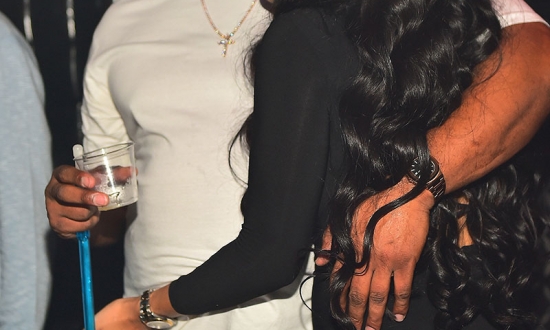 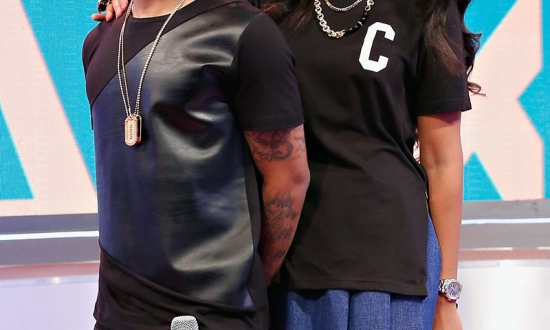 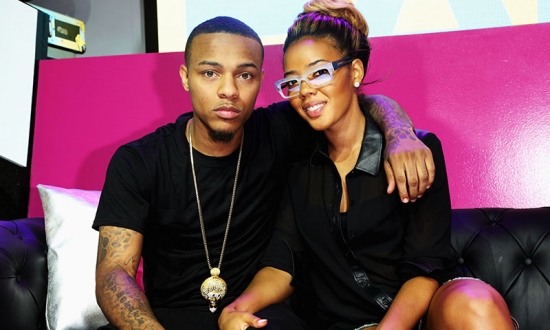 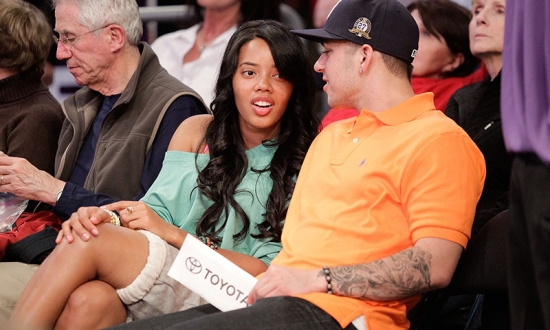 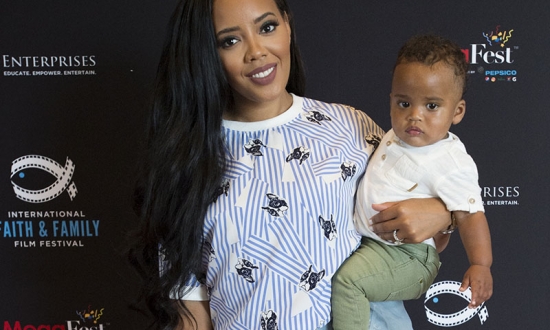 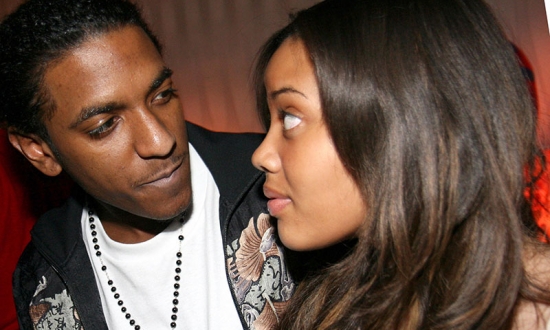 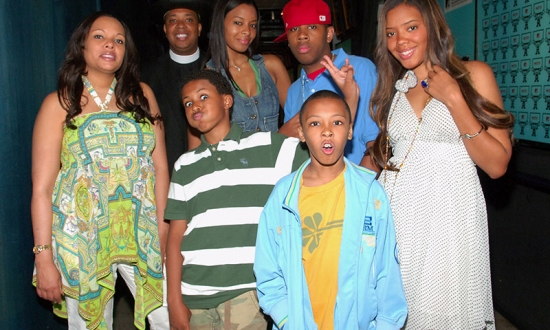 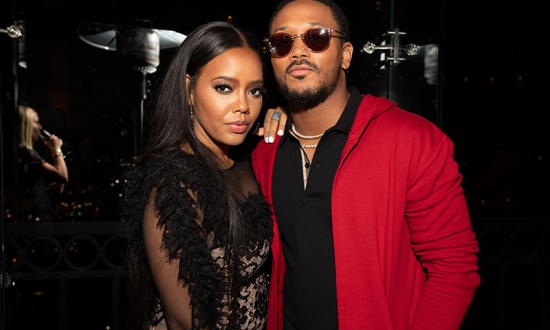 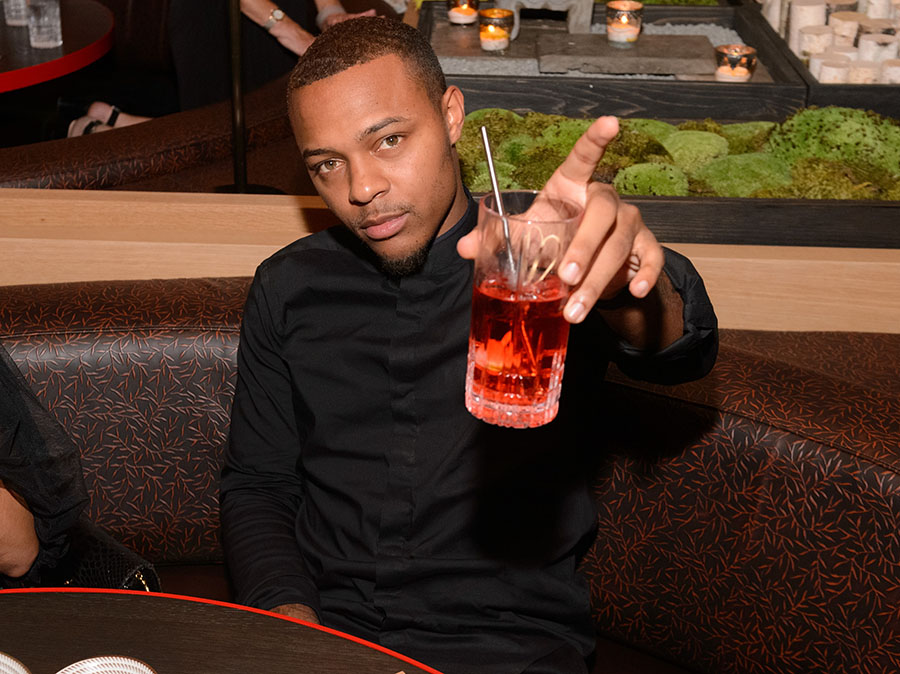 Times are hard right now for most rappers -- including washed up rappers like Chad "Bow Wow" Moss, who desperately need club bookings to make ends meet.

Bow Wow responded to criticism after a video went viral of him performing at a crowded club in Houston, Texas, on Friday night amid the Democrat-controlled pandemic.

The footage showed the rapper performing at Cle Houston without a mask, and the majority of the audience was also mask-free -- despite the fact that the club's website states that masks are required inside the venue.

This is not unusual: Georgia and other states that are not Democrat-controlled are wide open and many residents don't wear masks.

Democrat-controlled states are about to turn up now that the election is over.

"Scrubs" star Zach Braff is among those who are waiting for the corporate news media to tell them it's safe to go outside without masks on.

Braff shared a video, writing alongside it: "I thought about it and have decided I'm not willing to die for Bow Wow."

Responding to the backlash on Saturday in a series of since-deleted tweets, Bow Wow said he followed Covid-19 protocols until the moment he stepped onstage.

"Man i been hosting parties all last year. I wore my mask in the club. I cant host with that thing on [sic]," he wrote. "I promise my mask i wore in the club up until i got on the mic. That simple. Keep sanitizer on me at all times." Bow Wow also claimed he was tested for Covid-19 "twice" ahead of the gig.

He added that the rules -- which changed constantly during the outbreak -- differ depending on which state you are in: "Man Texas is open. Atl (Atlanta) is open. I cant help I live in a city where we been open since last spring [sic]."

When one of his followers griped that people are getting "tired of this Covid bullsh*t... and wanna get out of the house", Bow Wow replied: "Agreed".

Bow Wow, 33, posted a photo of his adorable son, Prince, almost a week after Olivia hinted he was the father of her newborn. In a post on her Instagram Stories last week she called the newborn "My Dog For Life."

The rapper hinted he was a dad on a new track "D.W.M.O.D.", telling his daughter, Shai Moss, she has a baby brother. 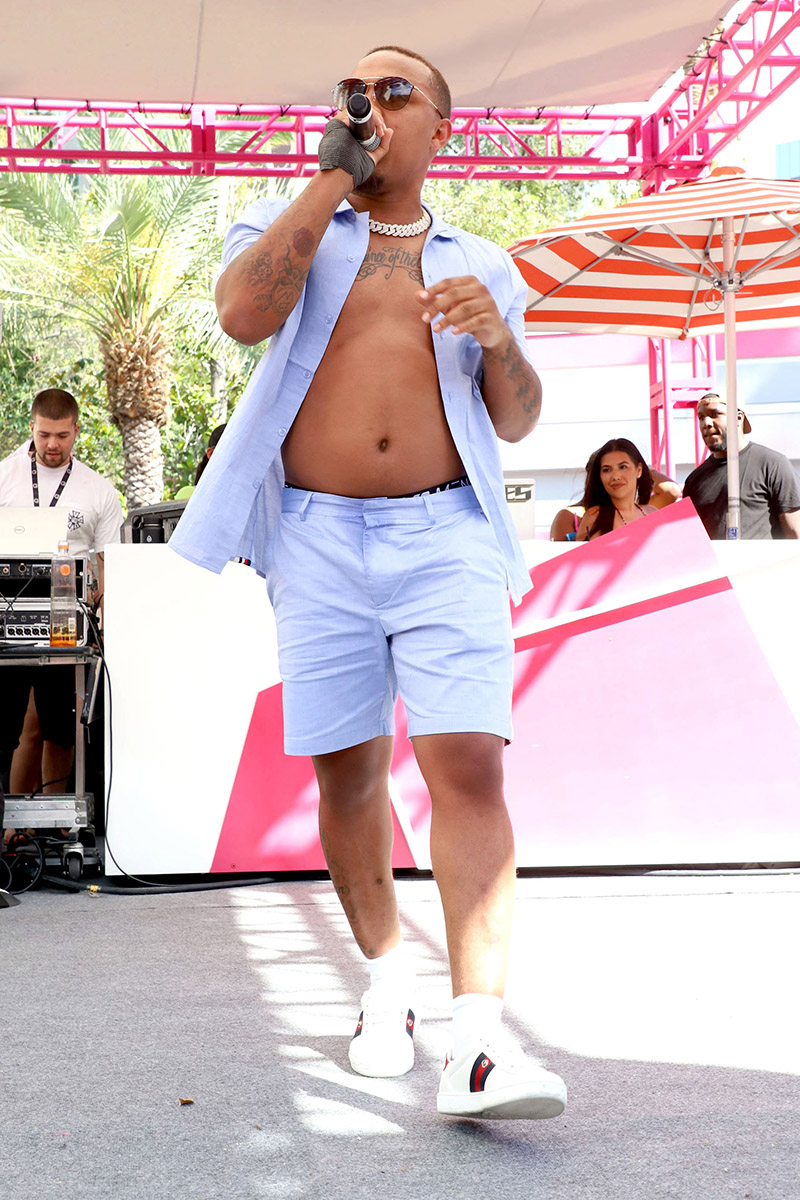 He rhymed: "Shai asking about a brother, I don't know what to say/That's gone be one of them talks we have face-to-face/I'm looking in his eyes, I'm trying to see me in him/I'm peeping out his swag, and I see the resemblance."

The baby boy is the spitting image of his daddy. No paternity test is necessary.

Bow Wow has a history of failed relationships with industry socialites, including Kiyomi Leslie, Erica Mena and Ciara Wilson. 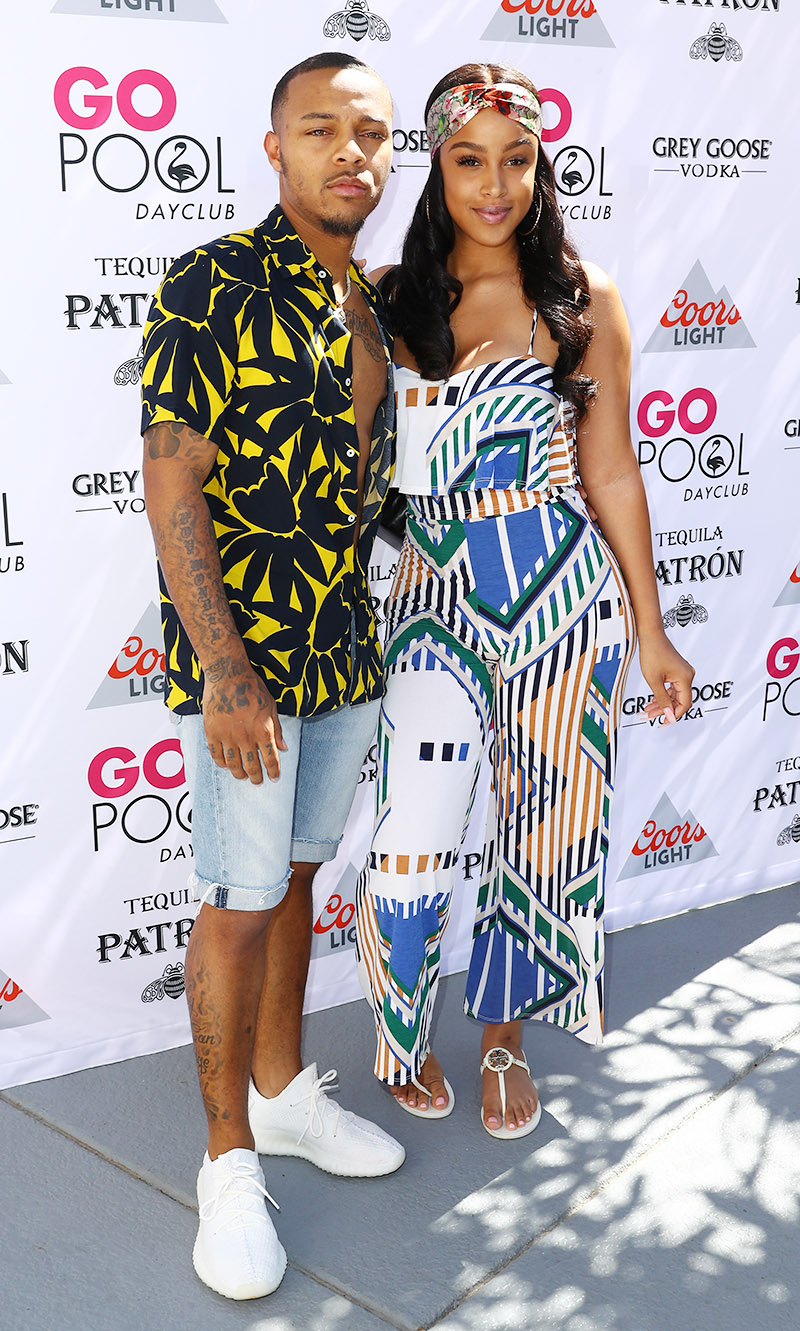 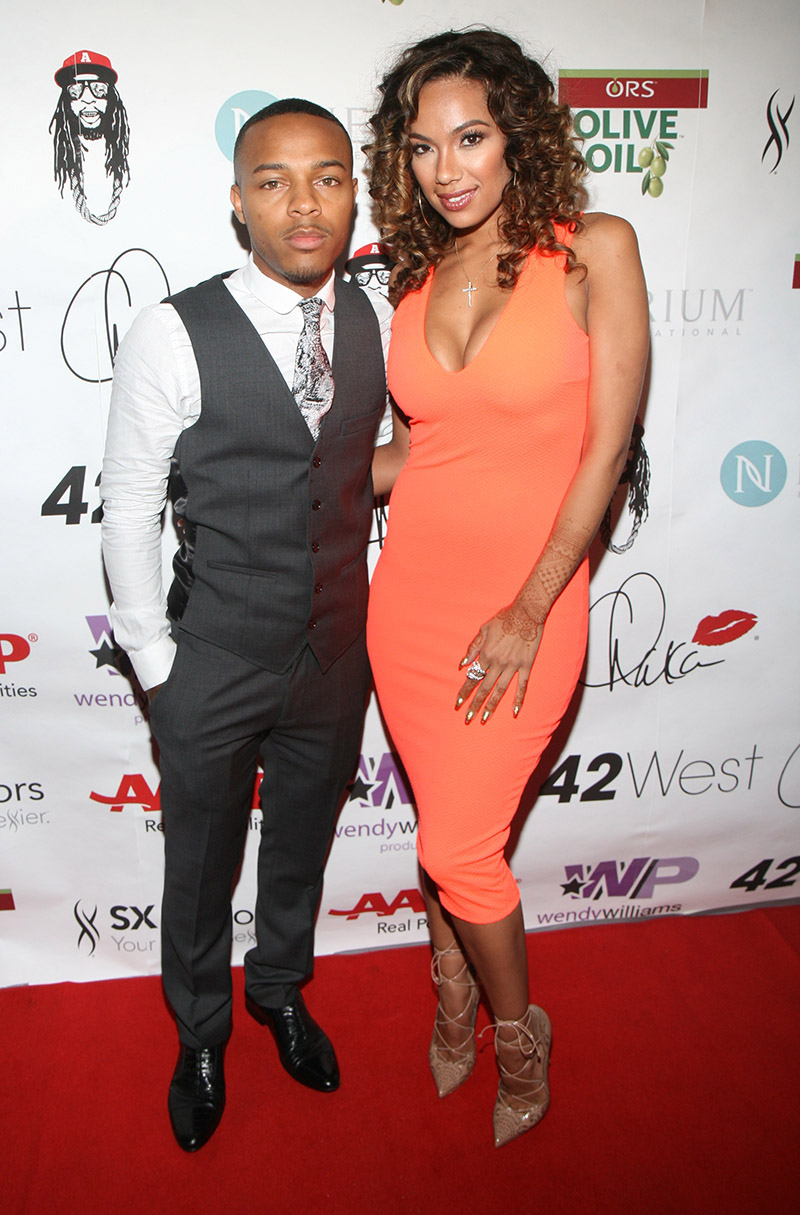 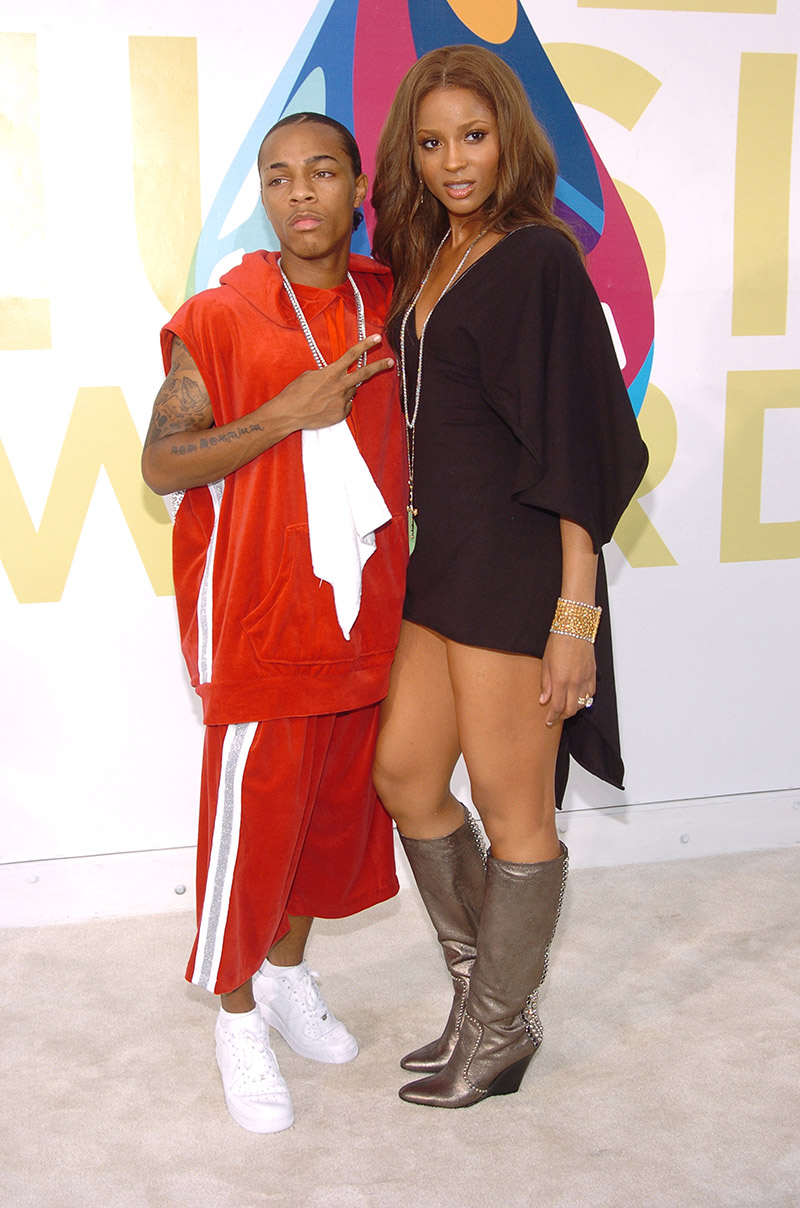 The former couple was arrested after a brawl in her apartment in February 2019 during Super Bowl weekend in Atlanta.

Leaked audio proves the diminutive ex-rapper kicked Holden in the stomach while she was pregnant.

"This man hit me in my stomach," Holden tells someone in the clip. The person replies, "He knows she's pregnant why hit her in her stomach?"

In another audio clip, a male voice, believed to be Bow Wow, says "She don't know who she f***ing with... She think I'm playing?!"

Bow Wow replies. "I guess so."

Following her arrest in 2019, Holden tweeted that she was pregnant and she lost the fetus due to the abuse.

She added Bow Wow's mother Teresa Caldwell knew about the abuse and did nothing to stop it.

"His weak ass momma called me sounding all concerned that her son beat me. TERESA KNEW her son beat me numerous times and still got on national television to lie... YOU LUCKY MY MOMMA RAISED ME TO RESPECT WOMEN BECAUSE WHEEEEEW ! Trashhhhh." 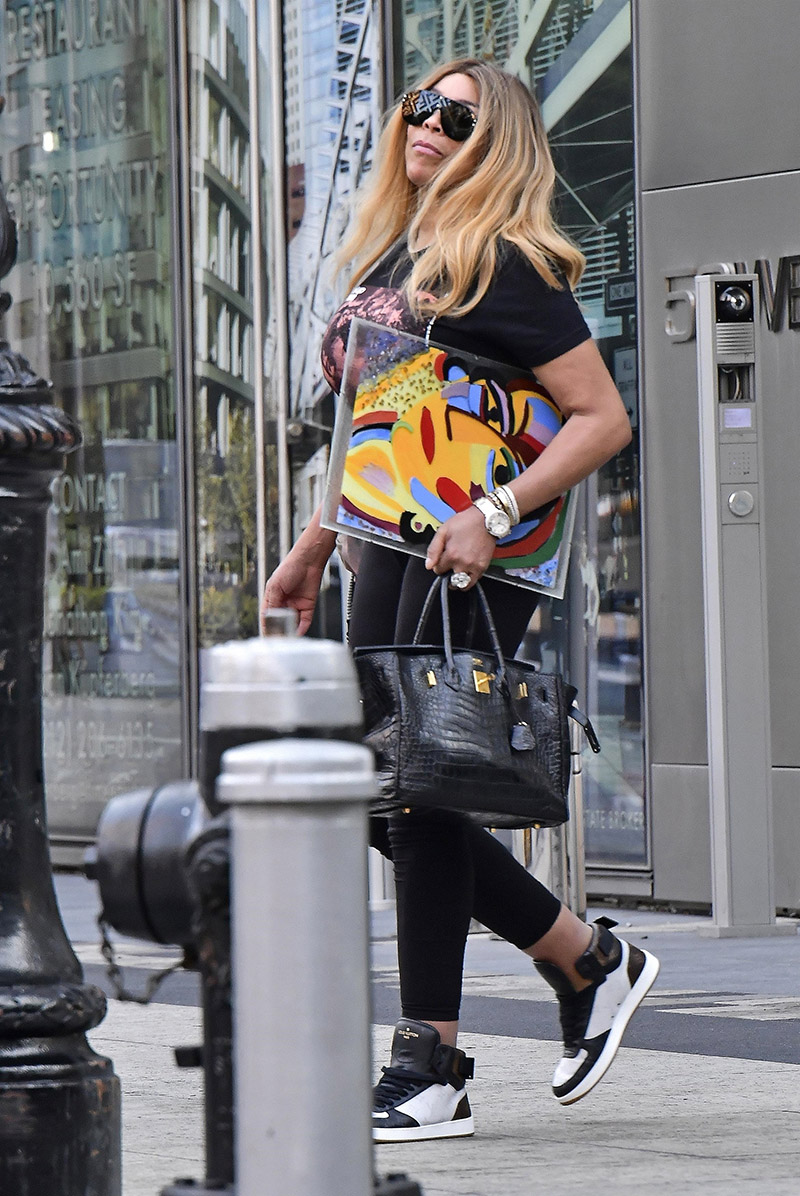 END_OF_DOCUMENT_TOKEN_TO_BE_REPLACED

Bow Wow has no respect for his elders. The pint-sized former rapper is facing backlash online after body-shaming Wendy Williams, who suffers from a disfiguring medical disorder.

END_OF_DOCUMENT_TOKEN_TO_BE_REPLACED 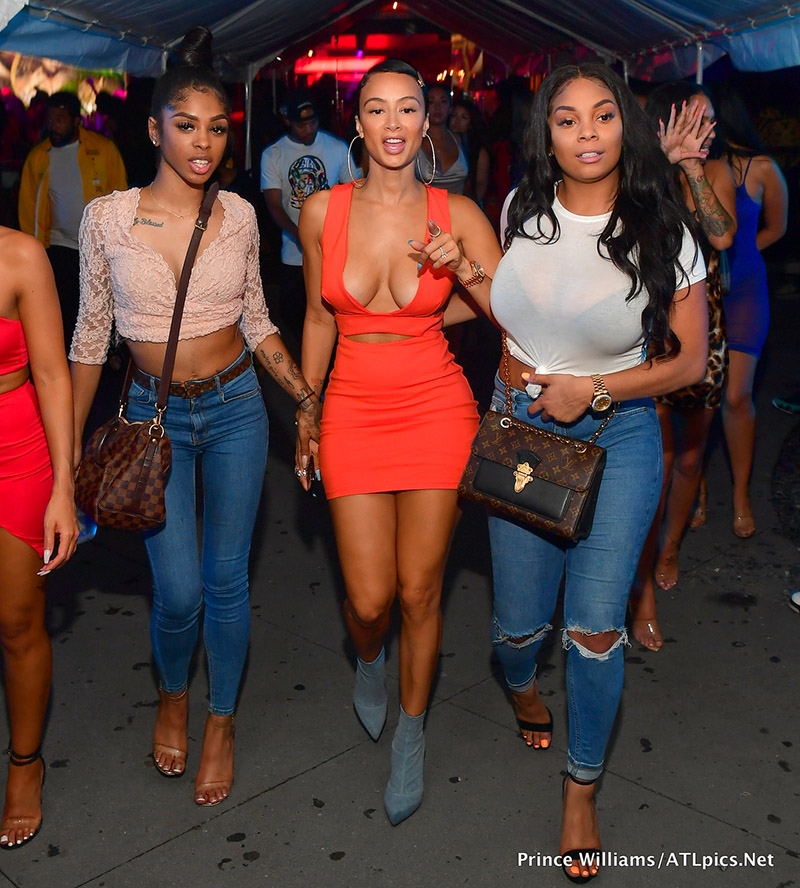