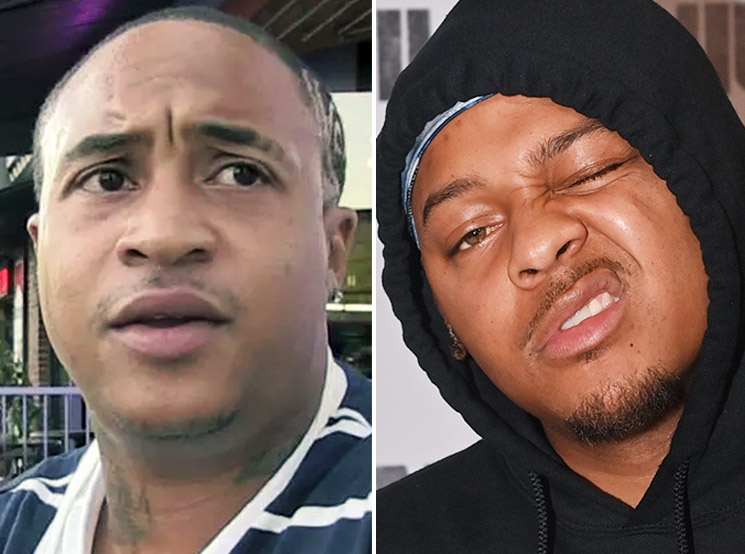 Brown made the comments during a sit-down interview on the Funny Marco podcast, according to Vlad TV.

During the interview, Brown suggested that Bow Wow is gay.

"The last time it was hot! When Lil Bow Wow was on there!" replied Brown.

"You got a problem with Lil Bow Wow?" asked the host.

"I ain't got a problem with Lil Bow Wow... Lil Bow Wow got some bomb a*s p*ssy," Brown said as he took a bite out of his candy bar.

Bow Wow finally reacted to the bizarre comments in response to a fan's tweets on Wednesday:

"Dawg im just now seeing it. I been wrapped up w work. I be chilling ... off the grid not all on the net then ill look up and be trending... they know who names they gotta say to go viral for 24 hours. sh*t be crazy... Tweaked out... but you know dude really need help na im sayn? Thats why we aint trippin on em. Nobody taking him serious. Its sad because he had potential to be great. Its sad. Dem drugs! [sic]" 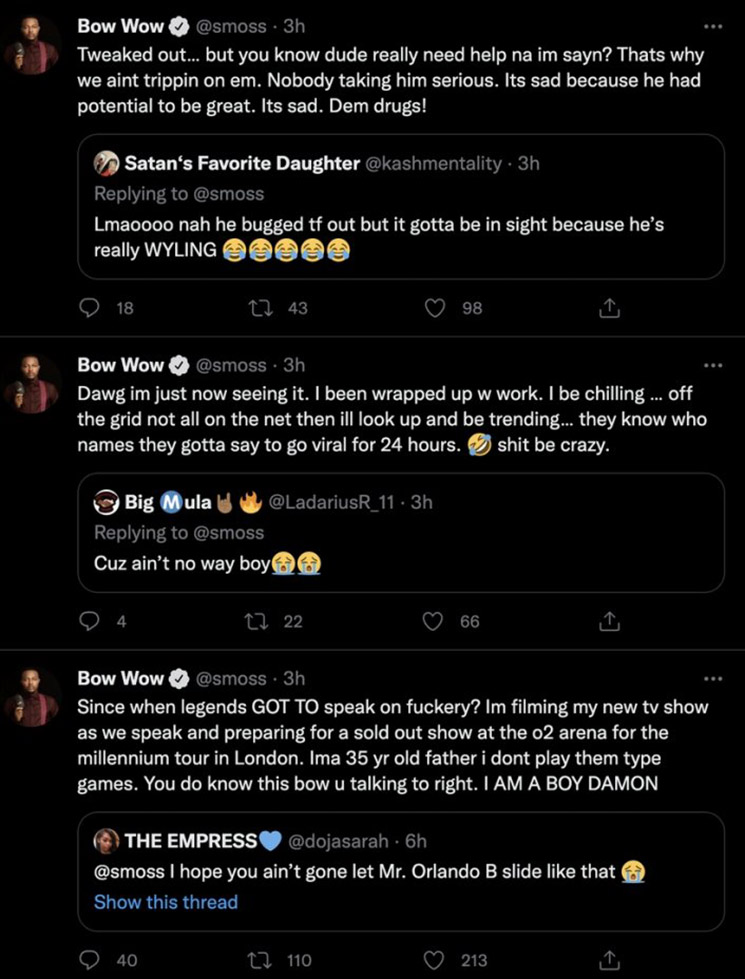