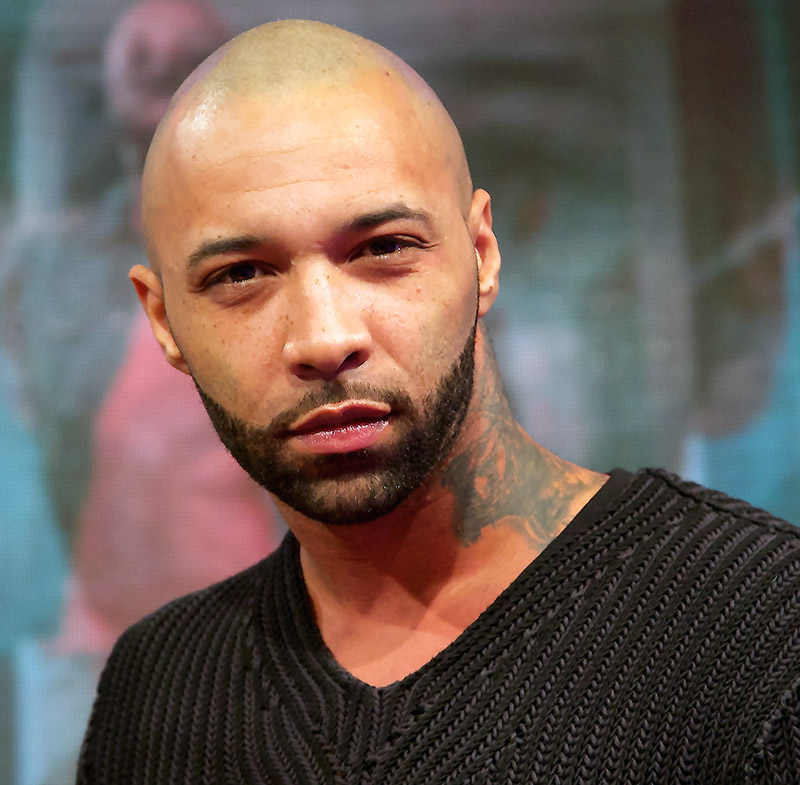 Black Twitter was in a frenzy this week when Joe Budden's ex-fiancee Cyn Santana revealed sordid details about his bizarre relationship with his male dog.

The former couple are in the midst of a bitter child custody battle involving their 2-year-old son Lexington.

The details of Joe's perversion came to light in a leaked phone call and court documents this week.

Cyn claimed Joe chased her around their house and dragged her before kicking her and their son out of his home without any means of financial support. Joe and Cyn are pictured above during happier times in Miami in 2017. 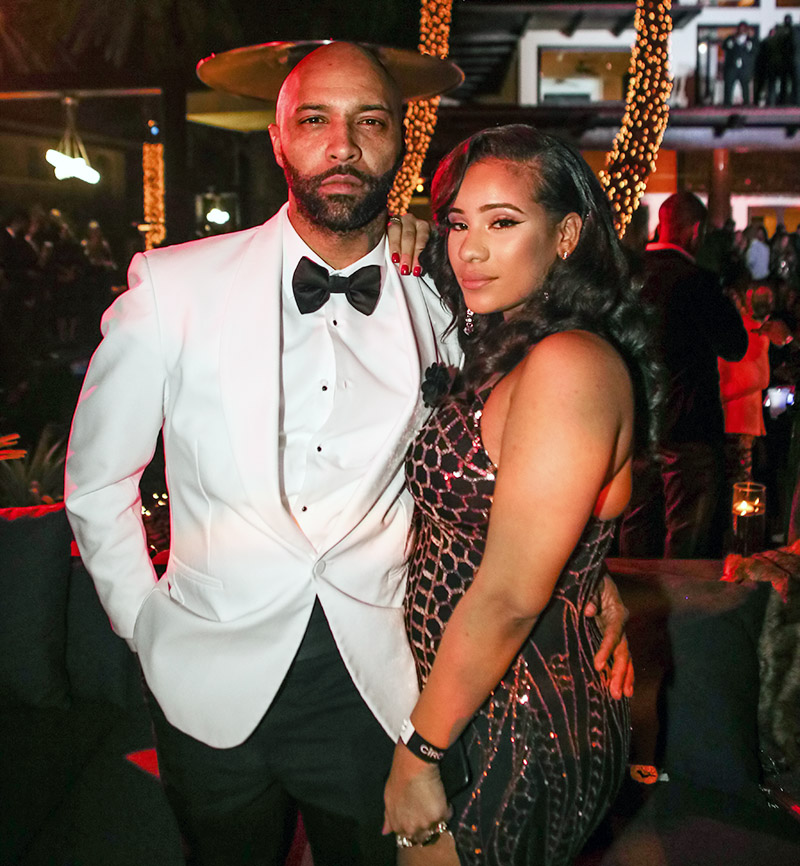 But the more troubling allegations, Joe's disturbing relationship with his dog, were detailed in court documents.

"Defendant has a male dog whom he loves and showers with attention," Cyn noted.

"While most of Defendant's interactions with the dog are appropriate, I have observed on several occasions one particularly bizarre behavior by Defendant.

"Without putting too fine a point on it, suffice to say that Defendant has not only expressed concern for the dog's lack of a sexual partner, but has personally assumed responsibility for relieving any pent-up canine sexual tension.

"Defendant, for reasons I cannot fathom, has personally masturbated the dog. Defendant repeatedly states that he sees this function as his responsibility since there are no 'bitches' around to provide a sexual outlet for the dog."

In a recent video, Joe admitted "playing" with the dog's private parts to make him "feel good." And in one of Joe's podcast episodes, the 40-year-old Virgo is seen playing with his co-host Rory's dog.

After Rory laughed nervously and tells him to "stop raping my dog," Joe shamed Rory, saying: "See, that's how I know he's not a real animal lover. Anybody with a pet, you've done a little something down there to make your dog feel good."

"So @JoeBudden turns down a new Spotify deal cause he's been steadfast about owning his content and less than a week later there's an entire smear campaign against him. So if you can't own him destroy him. Anyone participating in this is evil and wack."

So @JoeBudden turns down a new Spotify deal cause he’s been steadfast about owning his content and less than a week later there’s an entire smear campaign against him.

So if you can't own him destroy him.

Anyone participating in this is evil and wack.

That man really said Joe Budden was being taken out by a smear campaign as if Joe wasn't on this very app like 3 days ago LITERALLY telling a young woman she wasn't "attractive enough" to be abused by him...

Cyn Santana was bragging that black women are jealous of latinas because black men prefer them over us, only for her to now come out & say that Joe Budden was abusive towards her & dragged her around the house. This shows that being put on a pedestal by these men is no prize.

list of women who have been abused by joe budden.

all these women are NOT bout to lie on joe budden..

joe budden literally abused two women but it takes him hurting a dog for ppl to finally go after him............

Reality TV stars Joe Budden and Cyn Santana are engaged! Joe, 38, dropped to one knee and proposed to his unsuspecting baby mama, Cyn Santana, who sat in the audience during his Podcast on Wednesday.

END_OF_DOCUMENT_TOKEN_TO_BE_REPLACED

Men tossing their sons into the air is a time-honored bonding tradition. You hardly ever see a wife or girlfriend standing thisclose to a man as he bonds with his son.

END_OF_DOCUMENT_TOKEN_TO_BE_REPLACED

Songbird Ciara Harris turned heads on the red carpet at the 3rd Marquee Turn it Up For Change Ball at the W Hotel, as part of the big Grammy Awards weekend in LA on Thursday. The 29-year-old single mom maintains homes on the west coast and in Atlanta.
Photos: All Access Photo

END_OF_DOCUMENT_TOKEN_TO_BE_REPLACED 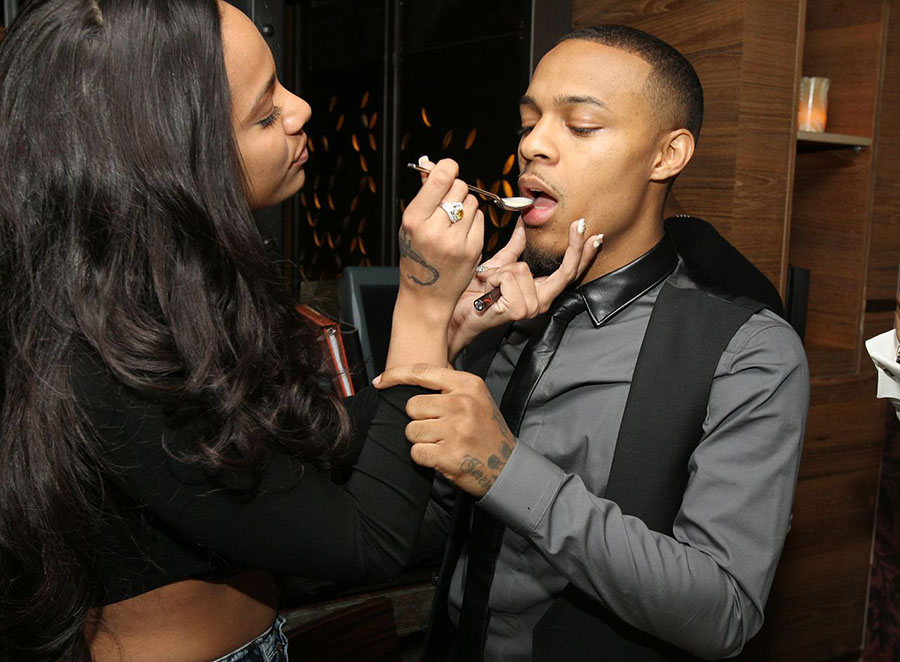 As you know, the VH1 Love & Hip Hop: NY star was coupled up with fellow cast member Cyn Santana in what many are calling a manufactured for TV lesbian relationship. But the ladies took to radio and social media to prove that their forbidden love was genuine -- and not scripted.

END_OF_DOCUMENT_TOKEN_TO_BE_REPLACED

Sorry ladies (and gentlemen), there is no Erica Mena sex tape in the works. The sultry reality star was rumored to drop a sex tape starring herself and either her Love & Hip Hop NY co-stars Cyn Santana or the ruggedly handsome Nya Lee. Unfortunately, as it often happens in the world of reality TV, the rumors were false.

This rumor was believable though. Who wouldn't want to see Erica romp in the sack with Nya Lee?

END_OF_DOCUMENT_TOKEN_TO_BE_REPLACED

It doesn't take a rocket scientist to see that Erica and Cyn are faking their sexual relationship for ratings. Genuine lesbians can spot a fake lesbian from across the room.

END_OF_DOCUMENT_TOKEN_TO_BE_REPLACED

Special thanks to Ciroc, Beautiful Textures and media partners Power 105 and Hot 97.