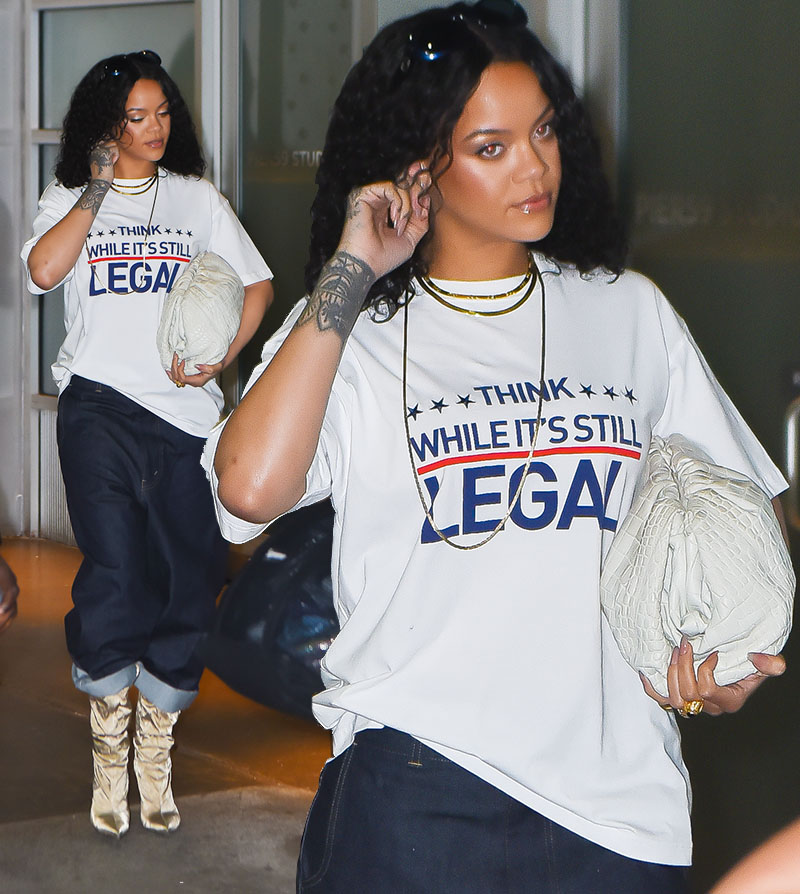 Rihanna appeared to make a political statement about vaccine mandates after presenting her Savage X Fenty Show in Los Angeles on Thursday.

The Bajan beauty mogul was seen leaving Pier 59 recording studios in NYC on Friday. She wore a Vetements t-shirt with a political slogan on the front: "Think while it's still legal." 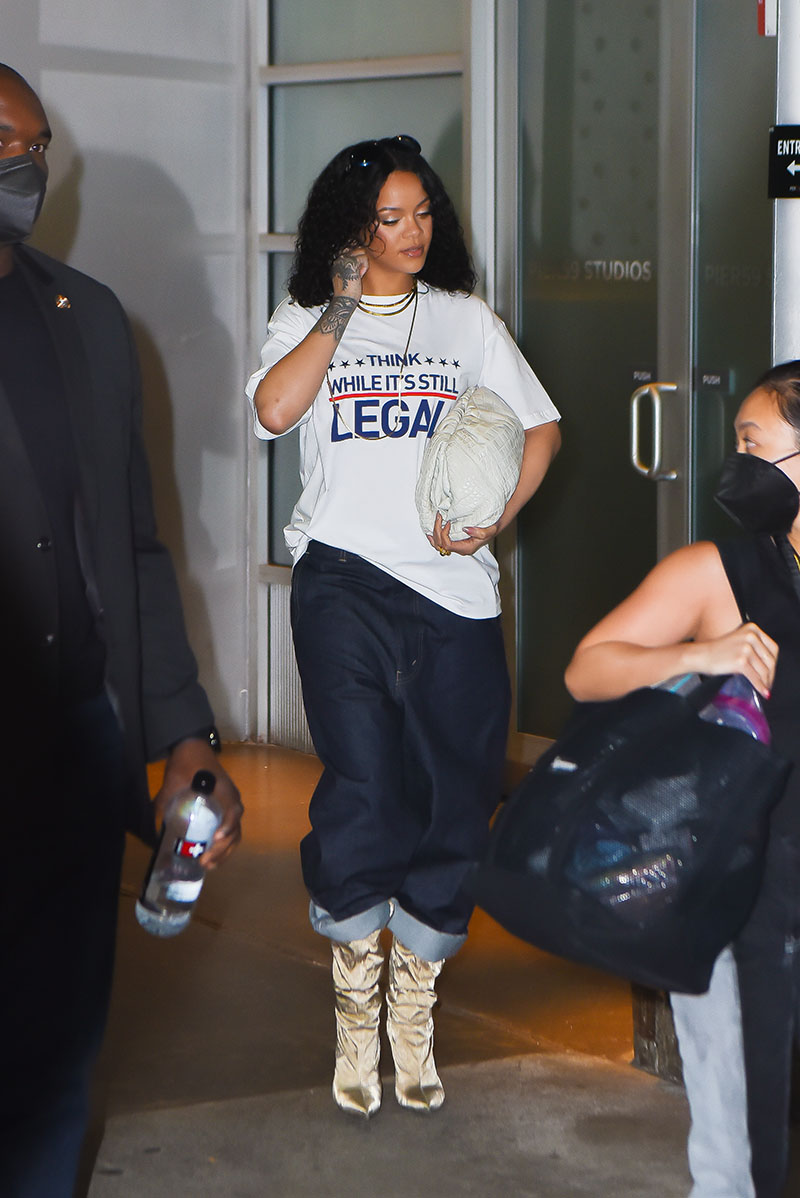 For those still waiting for new music from Rihanna, the semi-retired singer told the AP she is still working on her new album.

She said her new music will be "completely different" from what fans are used to. 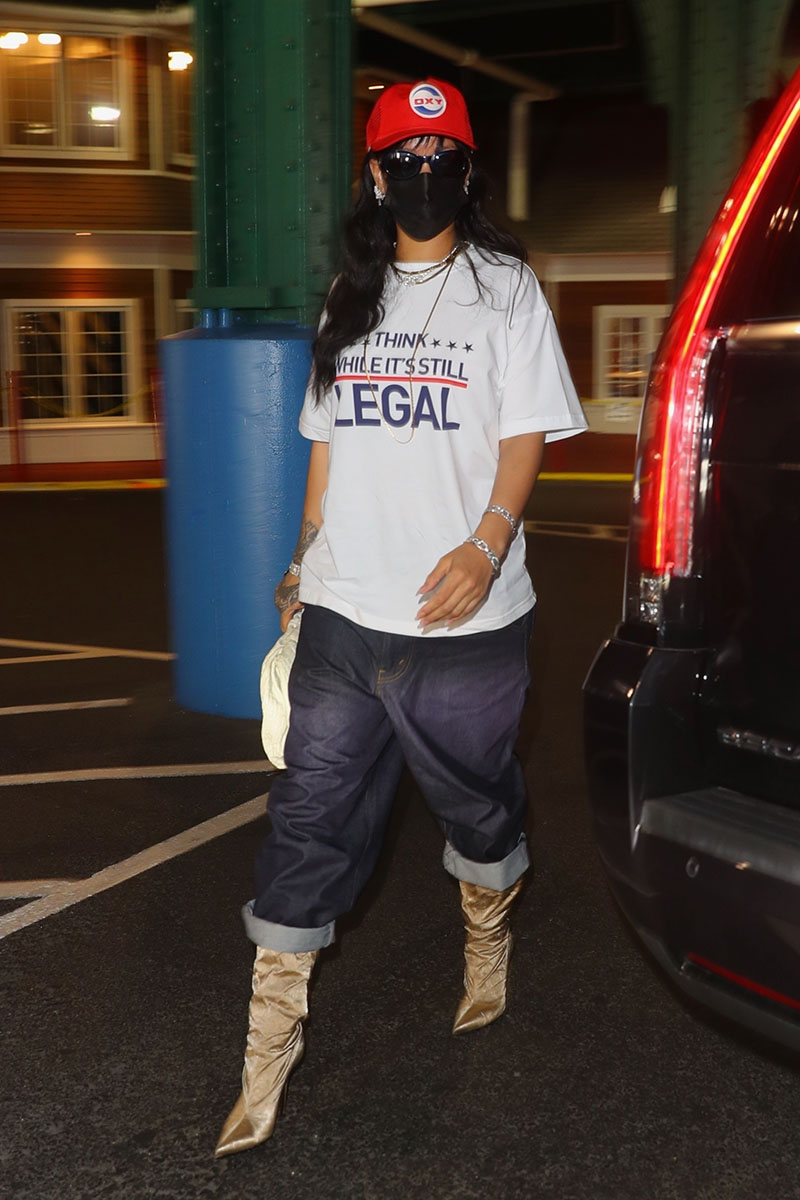 "I'm really experimenting. Music is like fashion. You should be able to play. I should be able to wear whatever I want. I treat music the same way. So I'm having fun and it's going to be completely different." 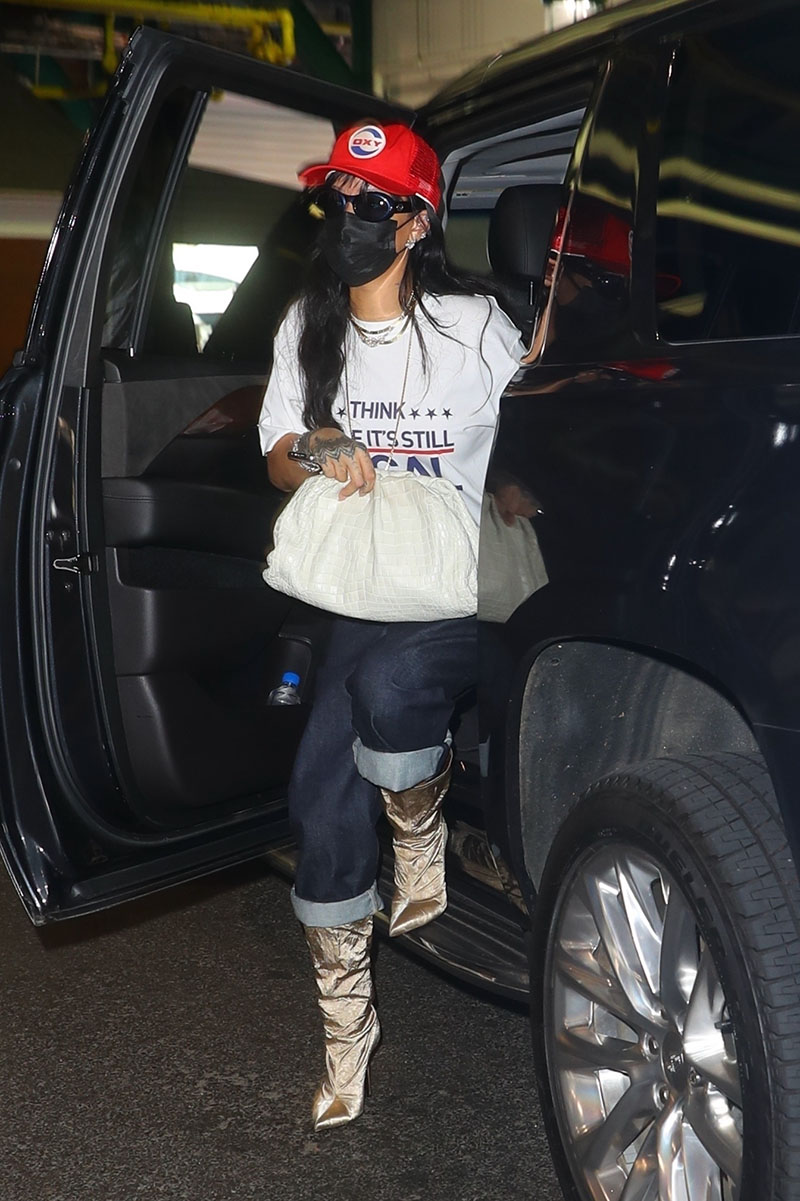 Watch video of Rihanna leaving the recording studio below.

Miguel sparked controversy after he wore a t-shirt suggesting that U.S. President Donald Trump should have been killed instead of West Coast rapper Nipsey Hussle.

END_OF_DOCUMENT_TOKEN_TO_BE_REPLACED

NeNe Leakes turned an insult into a money-making opportunity by selling t-shirts and sweatshirts featuring her mugshots from an arrest in the early 1990s. The 50-year-old Real Housewives of Atlanta star was inspired to wear her mugshots on a shirt after co-star Sheree Whitfield mentioned her old arrest for boosting clothes from a shopping mall.

"Growing up without my mother or father i experienced many growing pains but without them, i could not be who i am or have accomplished the things that i have today," NeNe wrote in an Instagram post showing her proudly wearing a black shirt featuring her mugshots. "Your past does NOT determine your future," she added.

END_OF_DOCUMENT_TOKEN_TO_BE_REPLACED

Rihanna was spotted leaving her New York apartment on her way to the studio. The 29-year-old Bajan singer dressed casually in an oversized Buju Banton t-shirt, skinny jeans and a Dior monogram speedy.

END_OF_DOCUMENT_TOKEN_TO_BE_REPLACED

A heavy metal rock band is not impressed with music producer Kanye West wearing one of their promotional t-shirts.

The '90s British band Cradle of Filth posted a photo of Kanye wearing the t-shirt on their Facebook page with the title: “Kanye West. Cradle of Filth fan. Fortunately not a collaborator".

END_OF_DOCUMENT_TOKEN_TO_BE_REPLACED 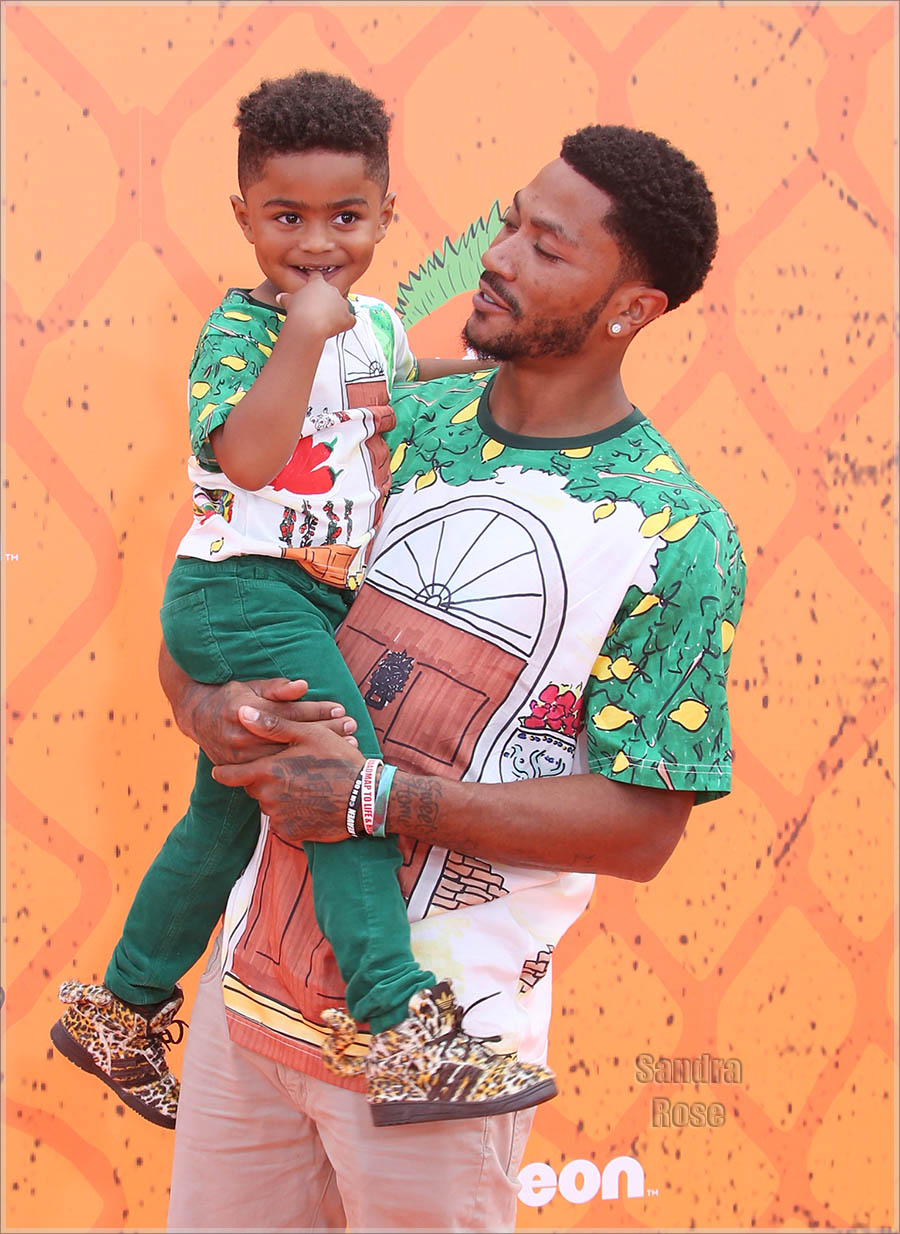 END_OF_DOCUMENT_TOKEN_TO_BE_REPLACED

Power couple Kanye West and Kim Kardashian are just like you. The couple was spotted leaving a movie theater in Thousand Oaks, California on Wednesday. How often do you see stars going out to a movie matinee instead of watching 1st run movies in the comfort of their IMAX home theaters?

END_OF_DOCUMENT_TOKEN_TO_BE_REPLACED

Part of the proceeds from sales of the shirt goes to The Ardorous, an online women's collective curated by Toronto artist Petra Collins, who "creates portraits exploring female sexuality and teen girl culture."

Thank you to everyone who participated in Tameka "Tiny" Harris's Pretty Hustle Giveaway.

Pretty Hustle's Spring 2013 Collection is available in a variety of colors and designs that will appeal to everyone!

And don't forget to tell your friends to get their Pretty Hustle gear at ShopPrettyHustle.com just in time for Summer!