CDC officials warned of "impending doom" as thousands of maskless Spring Breakers continue to descend on Miami and more states have reopened.

Dr. Rochelle Walensky, head of the U.S. Centers for Disease Control and Prevention, choked back tears as she warned of "impending doom" in an effort to prevent a fourth Covid-19 surge. 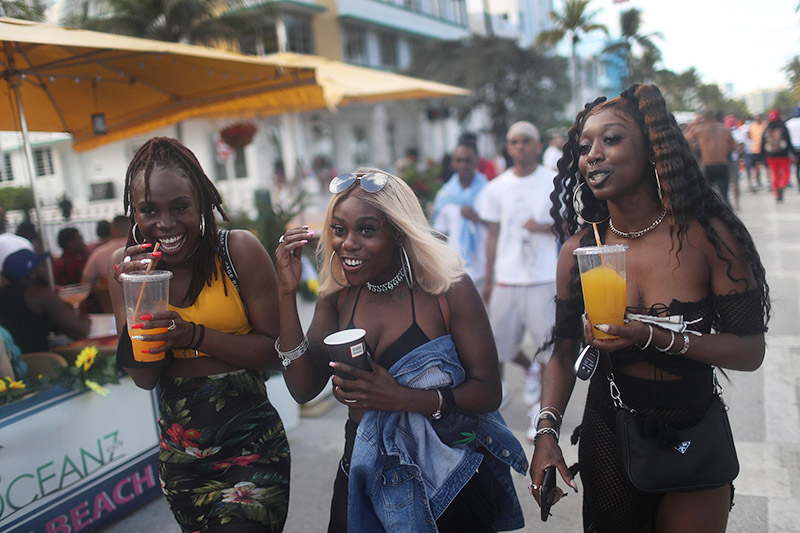 "I'm speaking today not necessarily as your CDC director, but as a wife, as a mother, as a daughter to ask you to just please hold on a little while longer... Right now, I'm scared," she said in a video statement.

She added that the U.S. saw a 10 percent increase in new cases compared with the previous week. Additionally, hospitalizations have increased and deaths are starting to rise. 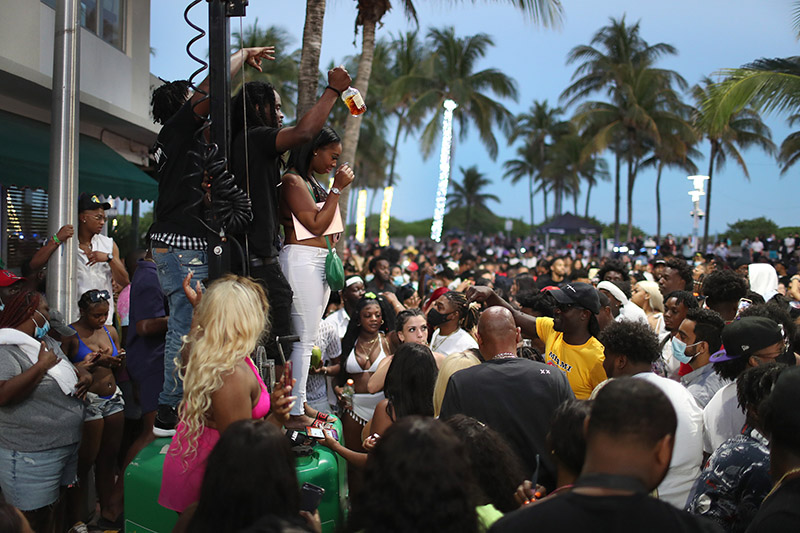 CDC officials discouraged "nonessential travel" and encouraged mask-wearing and social distancing to stop the spread of the virus and its dangerous variants. 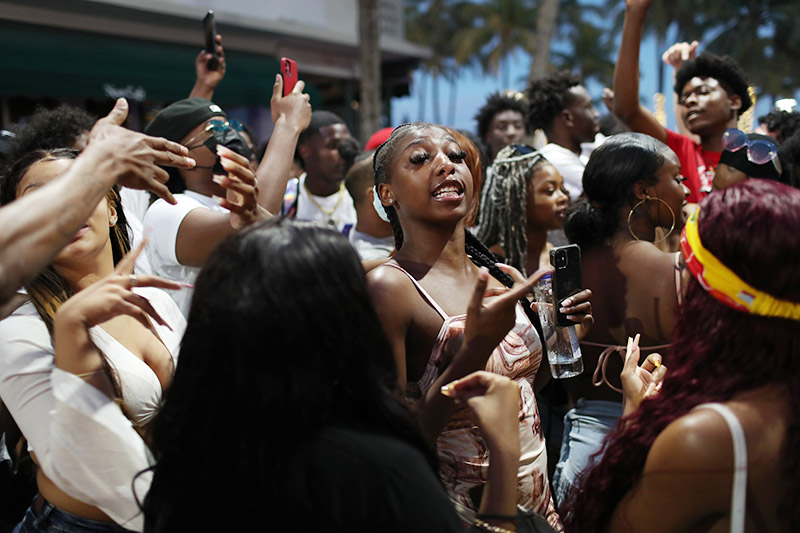 But their warnings fell on deaf ears in Florida, where Spring break continues uninterrupted. Governors in other states have relaxed Covid-19 restrictions and reopened their states. 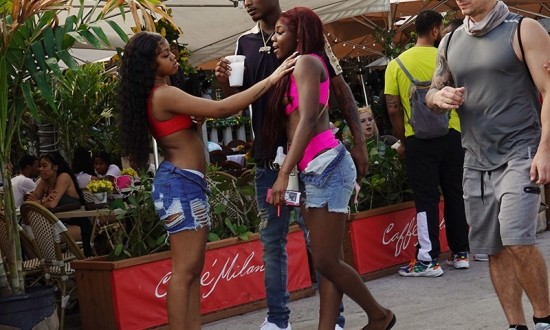 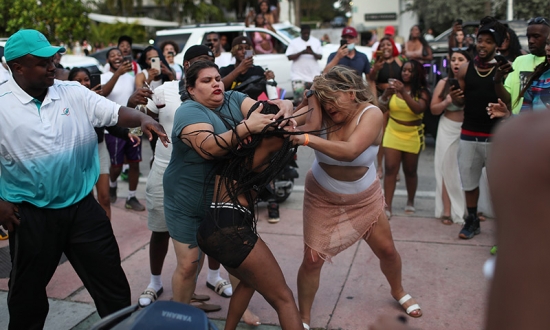 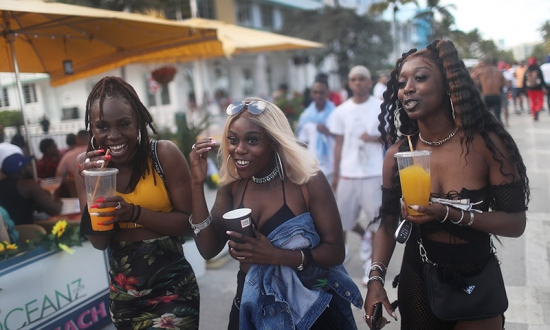 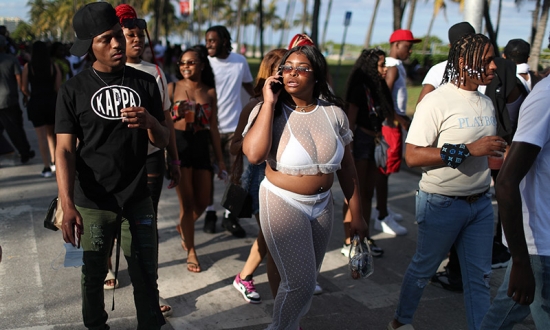 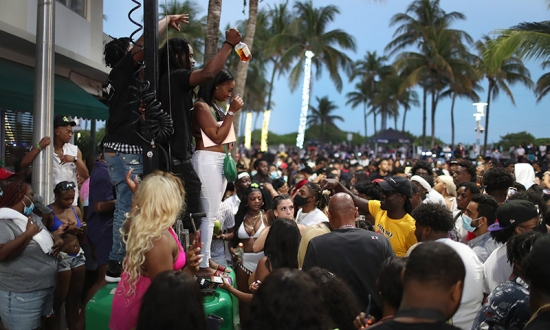 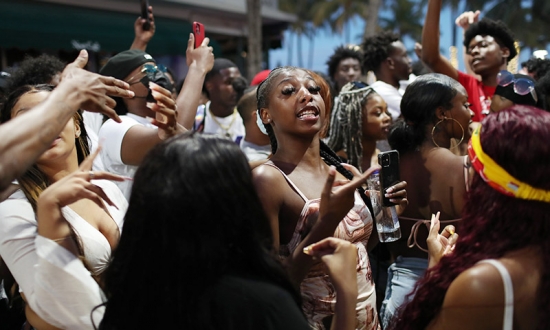 The sister of one of the men charged with drugging and raping a Spring Breaker in Florida pleaded with a judge to let her brother out on bond.

Christine Englehardt, 24, was given a "green pill" by 21-year-old Evoire Collier (center) and 24-year-old Dorian Taylor (right) on Thursday. The trio then headed back to her South Beach hotel room.

Englehardt had made the 1,200 mile trip from her home in Bucks Country, Pennsylvania, to attend the Spring break festivities alone, her father told NBC Miami.

Although she was safety conscious at home, Englehardt apparently let her guard down when she met Collier and Taylor, who were both in town from Greensboro, North Carolina.

Her semi-nude body was found in her room at the Albion Hotel at 1650 James Avenue on Thursday, the Miami Herald reported.

Surveillance footage taken from the hotel lobby shows the two suspects accompanying Englehardt into the hotel around 1 a.m. Thursday. Taylor is seen holding Englehardt by her neck as she staggered to the elevator.

Collier later confessed that both suspects had sex with Englehardt, and Taylor raped her while she was unconscious.

They then stole her personal belongings, including her cell phone, credit cards and cash.

Both suspects are pictured (right) in the background of another spring breaker's Twitter photo. Collier is shirtless while Taylor wears a white shirt in the photo.

The two suspects were arrested over the weekend and appeared in a Miami-Dade County courtroom before Judge Mindy S. Glazer on Monday.

The sister of the younger suspect (Collier) made an emotional plea to Judge Glazer to let her brother go free on bond.

"I'm severely, um, bewildered by these charges and accusations against him, but I can attest for his character and I can attest for responsibility of him standing trial for whatever charges if you please let my brother come home and let our family handle the situation appropriately. We will do what ever is necessary that Miami-Dade County asks of us."

Judge Glazer ordered both suspects held without bond until investigators determine whether the pill they gave Englehardt contributed to her death. Police found pills on one of the suspects. The pills were sent to a lab to be tested.

Two North Carolina men face charges of raping, drugging and robbing a woman who was found dead in a hotel room in South Beach, Florida.

Evoire Collier, 21, (left) and Dorian Taylor, 24, both of Greensboro, North Carolina, allegedly gave Christine Englehardt a "green pill" which she chased down with alcohol at a South Beach bar.

They then took her back to her room at the Albion Hotel, where she passed out. Englehardt's semi-nude body was found on the bed in the room on Thursday, March 18.

Collier later told police he and Taylor -- in town for Spring Break -- met 24-year-old Englehardt at a local restaurant before giving her the drug as they walked along Ocean Drive.

The trio then headed back to her hotel at 1650 James Avenue, according to a police report

Surveillance footage shows the men holding Englehardt by her neck as she staggered to her room.

Collier and Taylor then had sex with Englehardt while she was unconscious, police said. Authorities said Englehardt was unable to give consent because she was under the influence of drugs and alcohol.

Collier and Taylor allegedly robbed Englehardt, stealing her phone, cash and credit cards before leaving her for dead, police say.

A surveillance camera caught one of the men using her credit card to buy alcohol at a liquor store.

Collier and Taylor appeared in a Miami-Dade courtroom on Monday following their arrests on Sunday. A judge ordered the two suspects held without bail.

The suspects face murder or manslaughter charges if tests show the drug they gave Englehardt was the cause of her death.

Miami Beach officials declared a state of emergency and imposed an 8 p.m. curfew in South Beach after thousands of mostly Black, maskless Spring breakers descended on Miami for the annual ritual of drinking, drugs and partying. 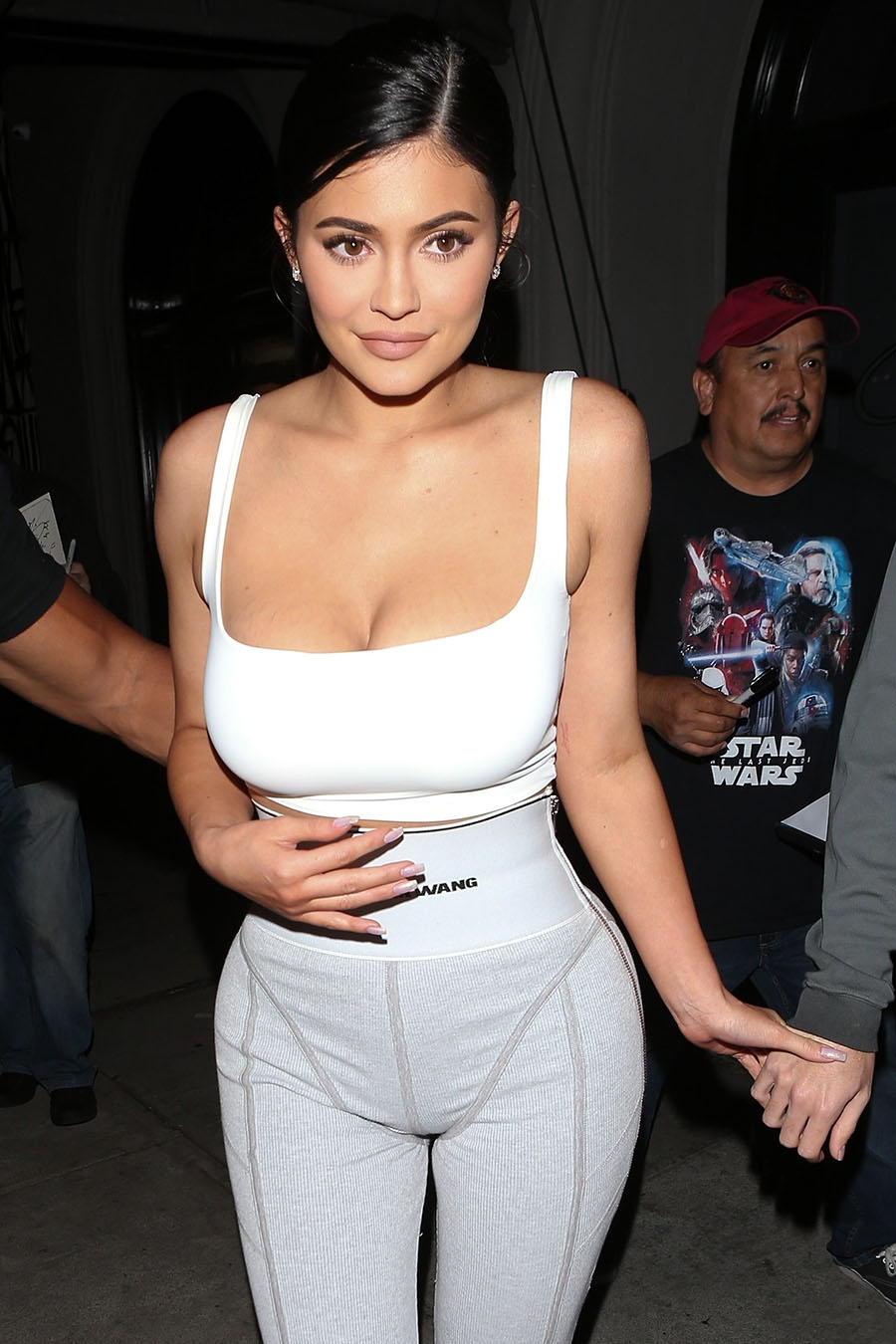 END_OF_DOCUMENT_TOKEN_TO_BE_REPLACED

Two sets of brothers are being hailed as heroes after they turned the tables on two armed robbers while on Spring Break in Florida.

Three of the four men were visitors from Terre Haute, Indiana.

END_OF_DOCUMENT_TOKEN_TO_BE_REPLACED

Donald Trump Jr. spent the day frolicking on the beach with 4 of his 5 children at his father's Mar-a-Lago estate in Palm Beach, Florida. Donald Jr, son of President Donald Trump, had a blast with his kids (from left), 8-year-old Donald Trump III, Spencer Trump, 4, two-year-old Chloe Trump and Kai Trump, 9. Don Jr. was on vacation with the children during Spring Break.