Actor Chris Evans is politely flattered that singer Lizzo flirted with him in his Instagram DMs over the weekend.

The "Captain America" star confirmed the "Good as Hell" singer drunkenly slid in his DMs with a flirty message.

"No shame in a drunk DM," Evans wrote in response to Lizzo, who shared a screenshot of their exchange in a TikTok video.

"God knows I've done worse on this app lol," he added. He was referring to the penis photo he accidentally posted to Instagram in September.

The Grammy-award winning singer shared her original DM on TikTok. "Don't drink and DM, kids, for legal porpoises [sic] this is a joke."

In the accompanying video, she lip-synched audio from Tatayanna Mitchell that said, "The reason I'm upset about this one is because I know I'm not gonna be able to marry him, and honestly, it hurt me to the core. Because damn papa, he a rare breed, no comparing. Like, Chris."

Last month, Lizzo appeared to finally find love, as she appeared to kiss a Black man in paparazzi photos.

But Lizzo denied the rumor, posting a video of herself with the caption, "SINGLE."

Now that Kanye West is on the brink of divorce from socialite Kim Kardashian, men are crawling out of the woodwork trying to claim him.

TikTok personality Cole Carrigan, who claimed Kanye arranged a hotel hookup with him, is now backtracking.

Page Six reported on Friday that Cole, a makeup artist by trade with over 350,000 followers, claimed Kanye's former bodyguard, Steve Stanulis, arranged a hotel rendezvous with Kanye at a W Hotel in November.

But Cole backtracked after he received a cease-and-desist from Stanulis's lawyer, who slammed Cole's allegations as "completely and entirely false."

The attorney added that Stanulis, "denies, in the strongest terms, all of these false and defamatory statements," and said Stanulis had never heard of Cole.

On Sunday, Cole posted a video in which he apologized to Kanye and Kim for making up a story about them for 'likes' and 'follows'. He claimed he manufactured the story because Kanye "voted for Trump."

Noting that lawsuits are very expensive to defend, Cole said:

"In order to for me to stay out of court and not get sued, I have to issue an apology to Mr. West and Kim Kardashian West. So hi, Kim, if you're watching this, I am so sorry, I honestly did this for the simple fact that your husband voted for Trump, and we simply can't have that clownery in America, so you're welcome."

He added: "Second of all, I hope this doesn't ruin the chances of me getting on the KKW p.r. list, because I've been dying for those contour sticks." 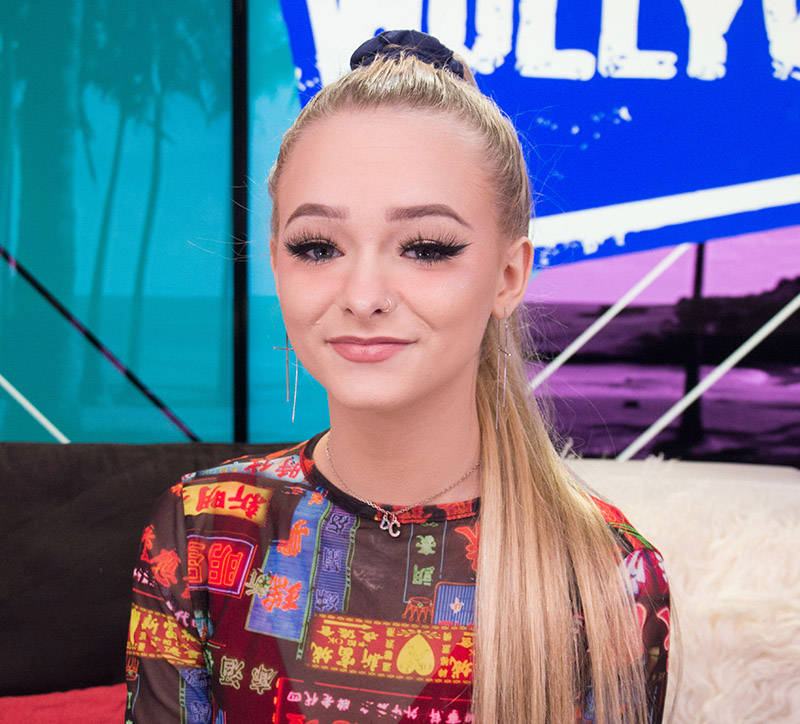 The U.S. Commerce Department will enforce shutdowns of TikTok and WeChat, after President Donald Trump announced plans in August to ban the apps in this country amid security concerns.

Despite the ban on TikTok downloads this Sunday, a November 12 reprieve gives Chinese-owned TikTok until after the election to complete a complicated purchase deal with Oracle, Walmart and their partners without an interruption in service.

According to Businessinsider.com, "Oracle would own a minority stake in TikTok of less than 20%, while Walmart is also expected to take a stake in the popular social media company."

Walmart CEO Doug McMillion would likely have a seat on a new US board of directors for TikTok's American operations, CNBC reported.

"Today's actions prove once again that President Trump will do everything in his power to guarantee our national security and protect Americans from the threats of the Chinese Communist Party," said Department of Commerce Secretary Wilbur Ross in a statement.

"At the President's direction, we have taken significant action to combat China's malicious collection of American citizens' personal data, while promoting our national values, democratic rules-based norms, and aggressive enforcement of U.S. laws and regulations."

Secretary of state, Mike Pompeo says the United States is considering banning the Chinese app TikTok due to concerns over national security.

In an appearance on Fox News on Monday, Pompeo said the U.S. government may ban TikTok, which is wildly popular with American children and young adults.

TikTok is a community sharing app that focuses on dance, free-style or performance content videos created by children.

Pompeo said TikTok, which uses Huawei and ZTE technology, is a danger to U.S. national security.

"We are taking this very seriously and we are certainly looking at it," Pompeo told host Laura Ingraham. "With respect to Chinese apps on people's cell phones. I can assure you the United States will get this one right too."

He warned TikTok users that their private data is at risk and could get into "the hands of the Chinese Communist Party."

In response to Pompeo's warnings, a TikTok spokesperson said they have "never provided user data to the Chinese government, nor would we do so if asked." 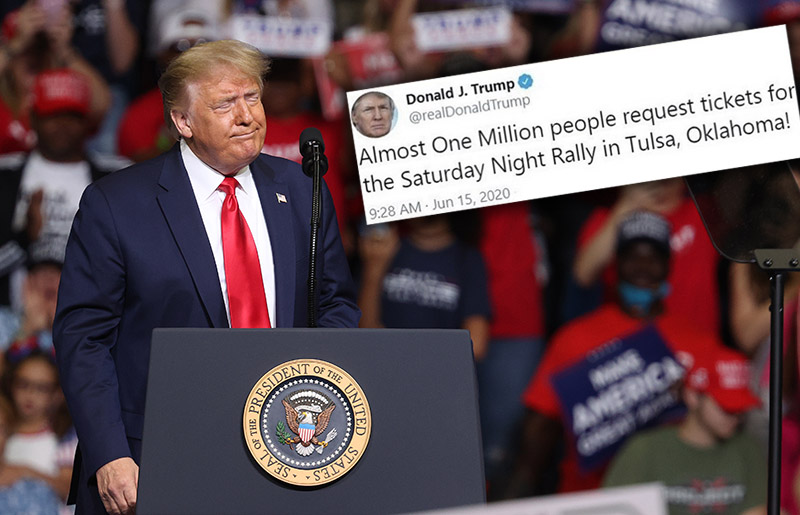 Trump is accustomed to speaking before packed arenas during his campaign rallies, but Saturday night's rally at the BOK Center in Tulsa, Oklahoma was barely half full. The BOK Center has a 19,000-seat capacity.

The half-empty arena almost looked like a Beyonce and Jay-Z concert tour.

Trump's campaign manager, Brad Parscale, had boasted on Twitter that the campaign received requests for more than 1 million tickets.

But reporters at the event on Saturday quickly noted the attendance was much lower than expected. Trump's campaign had events planned for the overflow crowd that was expected outside the arena. But the events were cancelled because there was no overflow crowd.

Within minutes after the rally ended, hundreds of teens took to TikTok to take responsibility for the embarrassing turnout.

The teenagers claimed they registered thousands of free tickets to the rally using their cellphones after @TeamTrump posted a tweet on June 11 asking supporters to register for free tickets. 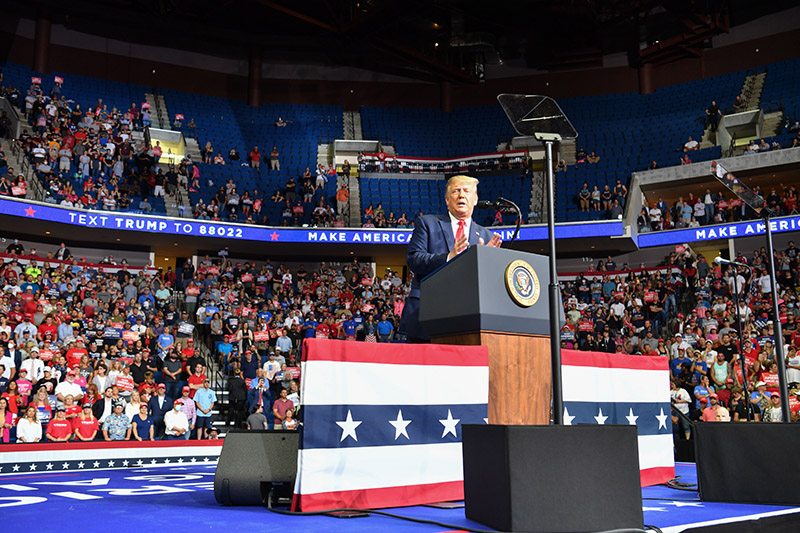 Fans of the Korean pop group BTS encouraged other teens to register for the rally -- and then not show up.

"It spread mostly through Alt TikTok — we kept it on the quiet side where people do pranks and a lot of activism," said YouTuber Elijah Daniel, 26. "K-pop Twitter and Alt TikTok have a good alliance where they spread information amongst each other very quickly. They all know the algorithms and how they can boost videos to get where they want."

Daniel said the teens deleted their posts so the news media wouldn't catch on to their plan and alert the Trump campaign.

"The majority of people who made them deleted them after the first day because we didn't want the Trump campaign to catch wind. These kids are smart and they thought of everything."

THE SILENT MAJORITY IS STRONGER THAN EVER BEFORE! #MAGA pic.twitter.com/AoIcroQUQd

1 million Americans requested tickets to the Trump rally in Tulsa. This is the largest request in political history.

President Trump's support is at an all time high.

I literally can't stop laughing about the crowd size. Who's with me? https://t.co/v3oJmuLzy2

You have got to be kidding me. This was only a 19,000 capacity venue and almost the entire upper deck was empty. You claimed to have given away 1 million tickets. It ended up you were punked by Zoomers and Kpop stans. Here’s the truth... pic.twitter.com/84TifydCOz

There has never been MORE enthusiasm to re-elect President @realDonaldTrump! https://t.co/60Jh3fcHxE 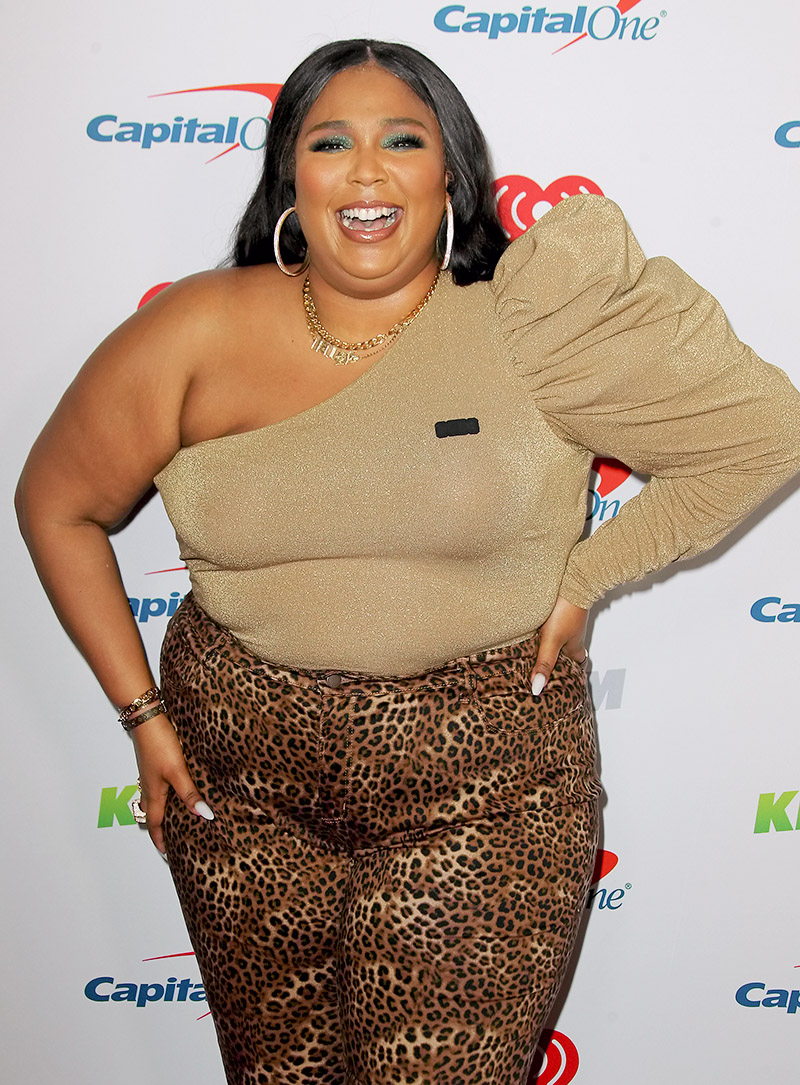 The 31-year-old singer took to the app on Wednesday to share a new video of herself lip-syncing along to a song which repeatedly features the words "I know". 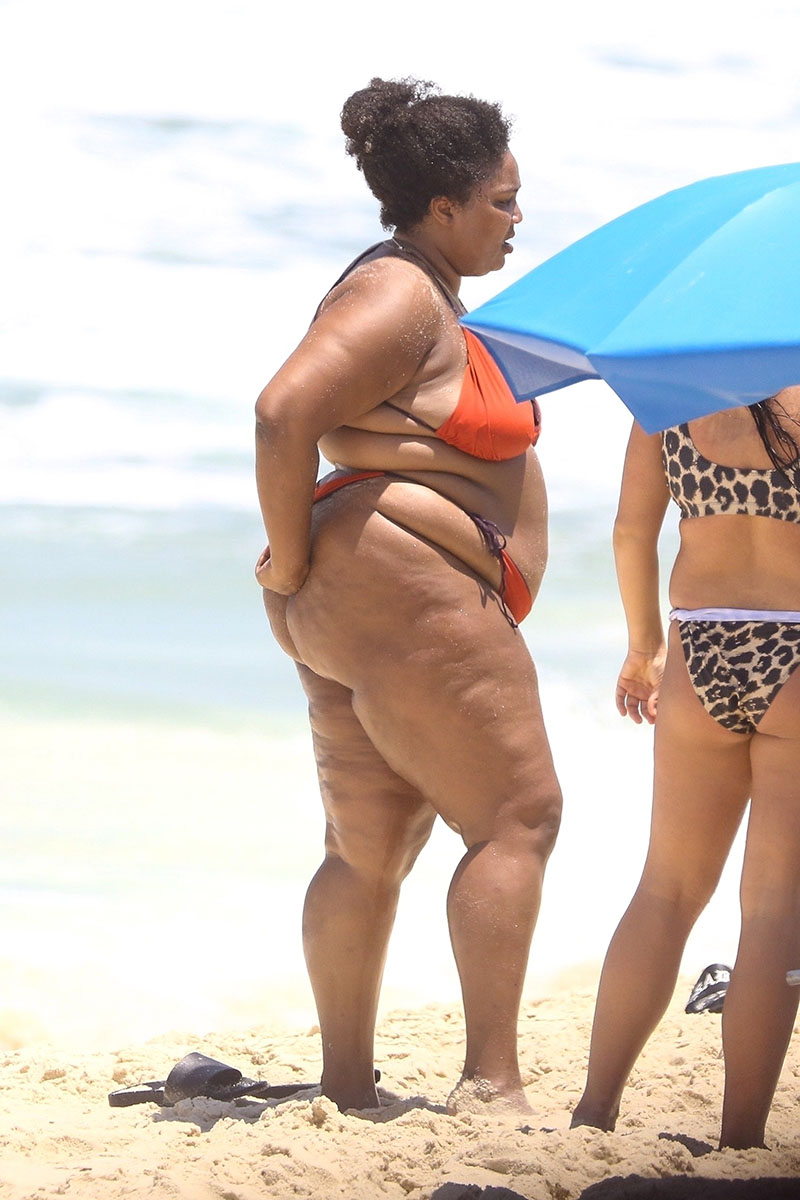 Implying the videos were being snatched down because of her morbid obesity, Lizzo added: "TikTok... we need to talk" and concluded her post with a single angry-looking emoji.

TikTok has yet to respond to the "Truth Hurts" singer's allegations.

TikTok is a video-sharing app that is wildly popular with children, adolescents and teenagers. Adults have flocked to the app since that's where children are. 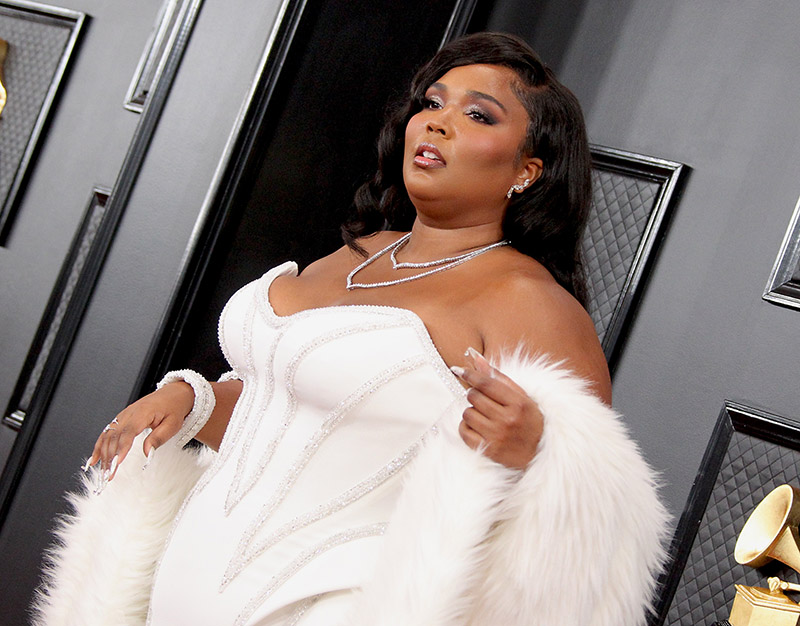 It's not the first time Lizzo has faced criticism of her weight.

Fitness expert Jillian Michaels was accused of body-shaming the star last year. The trainer admitted she was unsure why people were "celebrating her body", adding: "I love her music. My kid loves her music. But there's never a moment where I'm like, 'And I'm so glad that she's overweight.'"

Lizzo's career continues to spiral into the sewer. The singer's fans and backers are disappointed at the levels Lizzo stoops for attention.

The Grammy nominee has been in the news lately for everything except her musical talent. In her latest stunt, the 31-year-old Detroit native is seen in a TikTok video on her knees in front of a man simulating a sex act.

im trying to hard to stick up for her and shes going around doing this ??? GIRL?? pic.twitter.com/5wcyclc8KF

Fans begged Lizzo to stop destroying her career and focus on her music.

One fan tweeted: "Lizzo hunny u have a #1 album and a song you don't have to do this on tiktok pls GET UP." 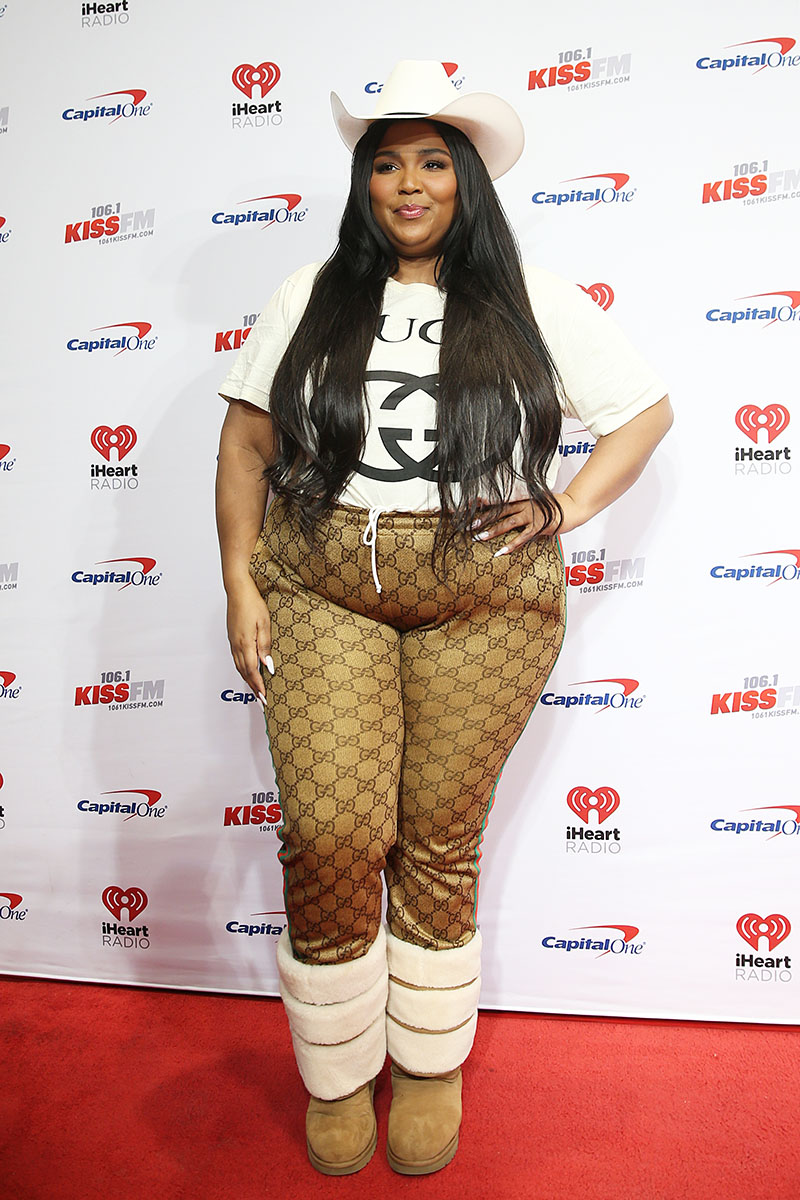