A west Georgia police chief and sergeant are out of work after they were caught making racist statements about minorities on a police body cam.

Chief Gene Almond resigned his position in the Hamilton Police Department after a city official reviewed the body cam video and turned it over to the mayor, WTVM-TV reported.

The video showed Almond and John Brooks, a patrolman, having a conversation in front of the police station. Neither man was aware they were being recorded. 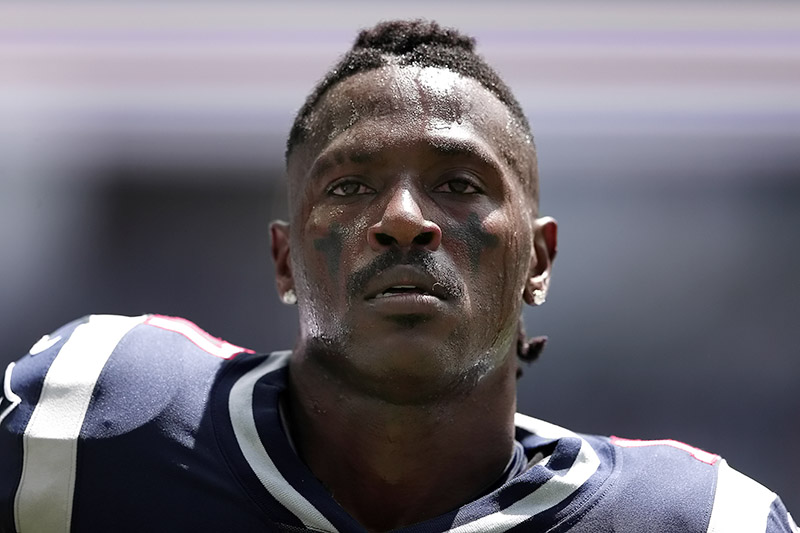 Antonio Brown announced his retirement from the NFL in a series of tweets over the weekend. One of his tweets contained what some are calling a "veiled threat" to the league.

The Patriots seemed willing to stand by their star wide receiver. But he was let go on Friday after he sent a group text to his latest accuser, calling her "broke" and urging a friend to investigate her background.

Brown, 31, announced his retirement from the game on Sunday.

"Will not be playing in the @NFL anymore these owners can cancel deals do whatever they want at anytime we will see if the @NFLPA hold them accountable sad they can just void guarantees anytime going on 40m 2 months will see if they pay up !," he wrote, referring to his $9 million bonus that he forfeited when he violated the terms of his contract.

In a tweet sent earlier this month, Brown appeared to send a threat to the league.

"The child who is not embraced by the village will burn it down to feel its warmth," he tweeted.

He quoted an African proverb that roughly translates to: "If you don't initiate your young men into the tribe, they will burn down the village."

Brown also called out Patriots owner Robert Kraft for his hypocrisy after he was caught with his pants down in a Florida massage parlor.

Kraft was reportedly furious after he learned about Brown's texts to his accuser. Brown's dismissal from the team was ordered by Kraft.

After Brown was let go, his agent, Drew Rosenhaus, tweeted that Brown "is healthy and is looking forward to his next opportunity in the NFL. He wants to play the game he loves and he hopes to play for another team soon."

Nickelodeon has parted ways with writer and executive producer Dan Schneider, creator of 'Kenan & Kel,' 'Drake & Josh,' 'All That' and 'Zoey 101' on the popular children's network.

Nickelodeon announced Schneider's departure on Monday after a tense meeting.

END_OF_DOCUMENT_TOKEN_TO_BE_REPLACED

This fired housewife is literally begging for her job back. According to Tamara Tattles, the housewife, who was let go for going off script without permission, is blowing up Andy Cohen's phone.

END_OF_DOCUMENT_TOKEN_TO_BE_REPLACED

The NY Mets terminated the guy inside the Mr. Mets mascot costume after he made an obscene gesture toward a fan during Wednesday night’s loss to the Milwaukee Brewers.

The fan reported the incident to the team's front office, and the guy was sacked after the team reviewed the video.

END_OF_DOCUMENT_TOKEN_TO_BE_REPLACED

Fox News terminated a longterm executive after an internal investigation determined she consistently belittled and degraded her black co-workers.

END_OF_DOCUMENT_TOKEN_TO_BE_REPLACED

Scott-Young fired the cast after their fake fights and fake relationships failed to increase the ratings or stop the loss of viewers.

END_OF_DOCUMENT_TOKEN_TO_BE_REPLACED

Walmart fired a man who posted an offensive message on Twitter.com about the Orlando gay club massacre.

On June 12, a gunman went on a rampage inside Pulse Nightclub, killing 49 people and wounded 53.

END_OF_DOCUMENT_TOKEN_TO_BE_REPLACED

Google pulled it's April Fool's prank on Friday after it backfired causing workers to lose their jobs.