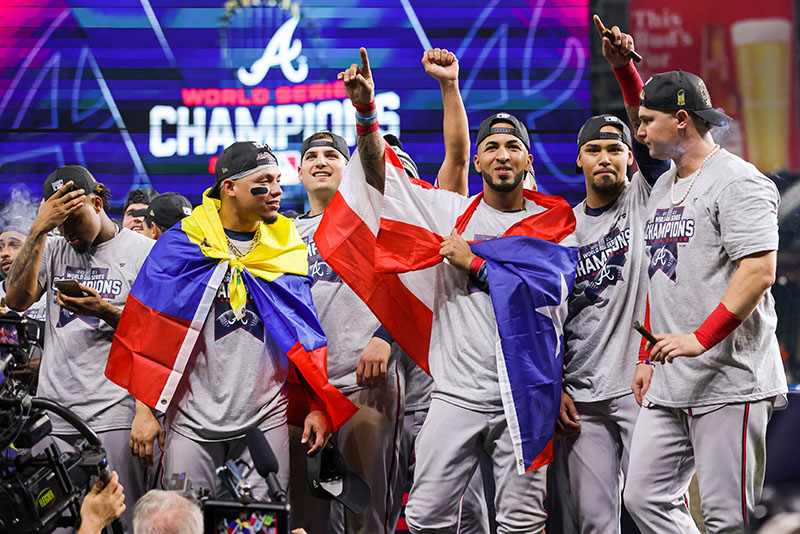 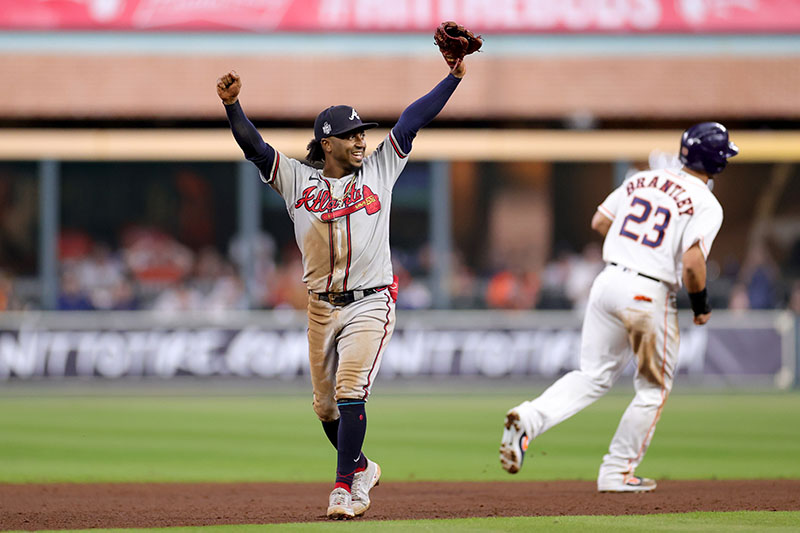 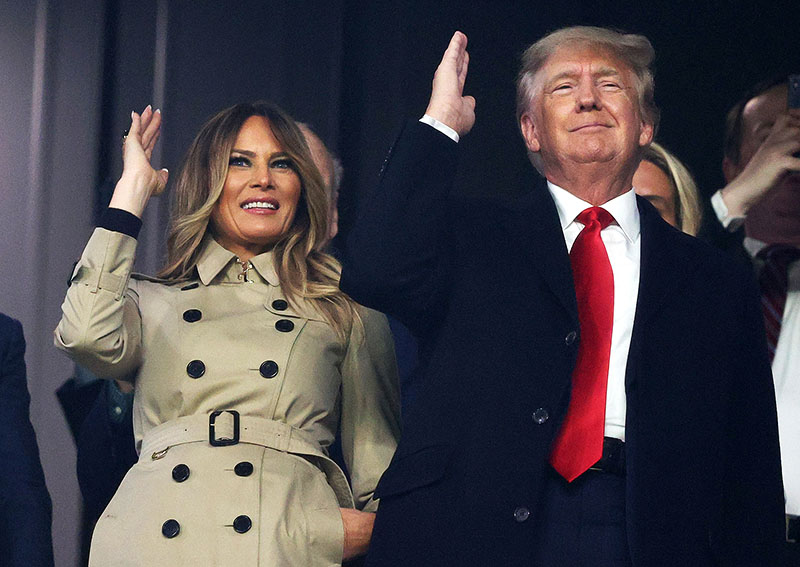 Former President Donald Trump sparked anger and outrage when he did the "Tomahawk Chop" during game 4 of the World Series on Saturday.

The Atlanta Braves lead the Houston Astros 3-1 in the series after taking game 4 at Truist Park in Cobb County, near Atlanta, on Saturday night. 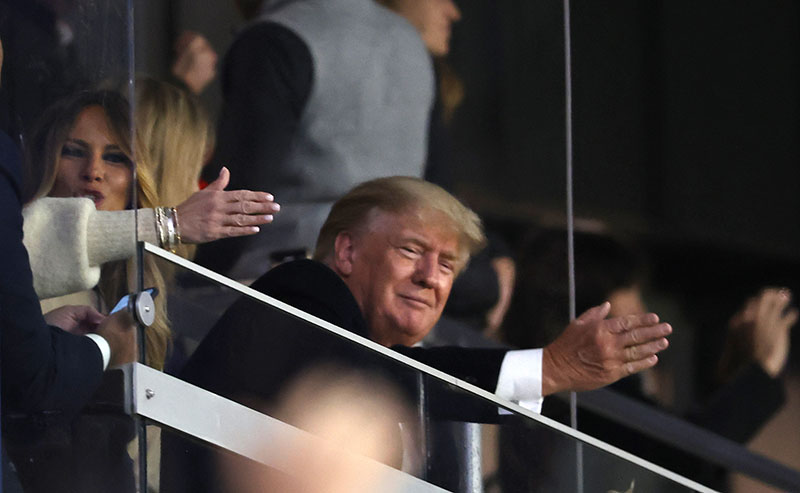 President Trump generated the most headlines when he and former first lady Melania Trump made the Atlanta Braves' "chop" motion during the game.

The Braves' name, mascot, "Tomahawk Chop" and tribal war chants by the crowd are considered "degrading and racist" to American Indians and indigenous groups.

Many say the slicing motion Atlanta players make to simulate "scalping" their opponent is particularly offensive.

Other sports franchises have dropped their Indian names, but the Braves continue to resist calls to be more racially sensitive in today's "woke" environment.

Do you suppose there's any chance in the world that Atlanta Braves fans realize how ridiculous they look to the entire rest of the planet with their idiotic Tomahawk Chop? pic.twitter.com/L9iAsjnjPT

One USA Today writer refuses to name the Braves in his articles about the World Series. Instead, he refers to the team as simply "Atlanta."

Trump's Tomahawk Chop during game 4 sparked more outrage and fury on the left.

While Stacey Abrams and the MLB stole the All-Star Game from hardworking Georgians, the Braves earned their trip to the World Series this season and are bringing it home to Georgia.

Chop On, and Go @Braves!

Commissioner Manfred defended the Tomahawk Chop, saying local indigenous groups are not offended by the gesture.

A few months ago, Rob Manfred cowered to the woke mob by moving the all star game out of Atlanta

Tonight, President Trump did the tomahawk chop at the World Series in Atlanta

Thank you, President Trump, for joining thousands of Atlanta Braves fans in the tomahawk chop - and also for triggering leftists across the fruited plain. #Worlds2021

They took the All-Star game away from Atlanta because Georgia voted for greater election integrity. But the Atlanta Braves brought the far more consequential World Series to the city, and Trump was there at Truist Park doing the tomahawk chop and getting a standing ovation.

Look at how proud these 2 racist pricks are to make the racist, Atlanta Braves tomahawk chop. Right on brand. pic.twitter.com/rAGKgOP6mo

The Left is mad Atlanta team name is the Braves

The Left is mad that Braves fans do the tomahawk chop 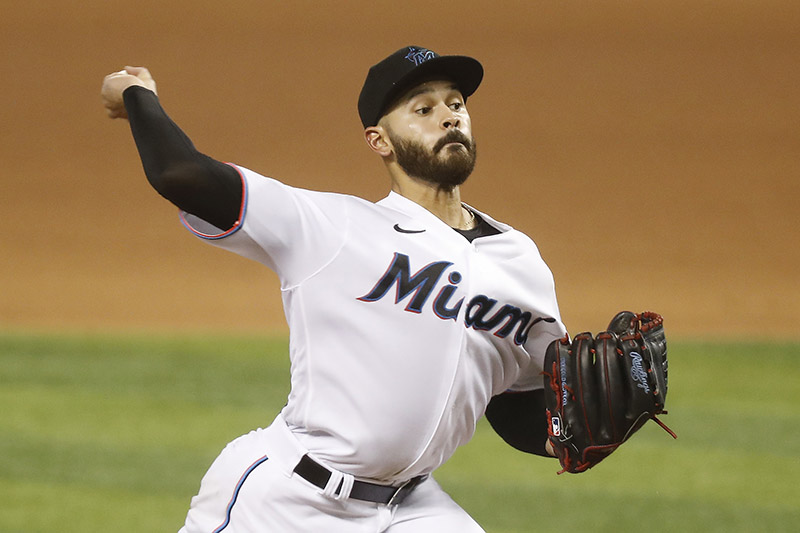 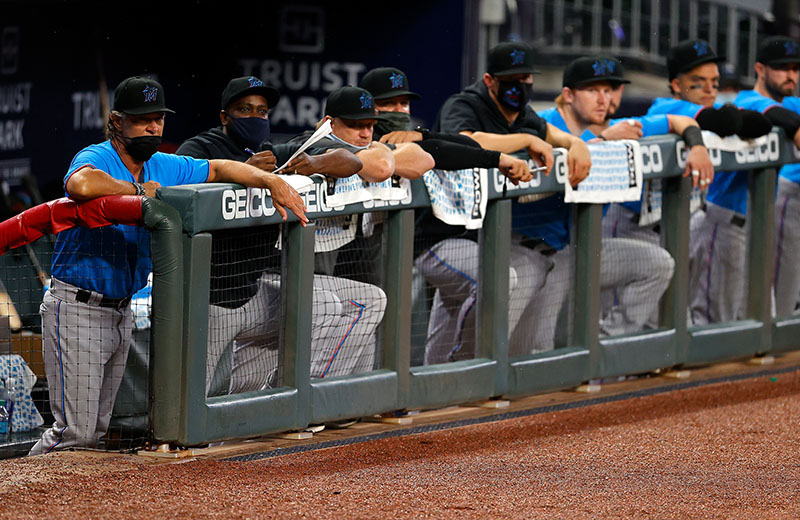 Being cooped up in the house for three months on quarantine is taking a toll on many couples who suddenly realize they don't really like each other.

Atlanta Braves outfielder Marcell Ozuna's wife hit him in the face with a soap dish during a verbal argument that got out of hand.

Medics were called to the scene where they treated a "small laceration" on Ozuna's face.

Braves player Freddie Freeman and his wife Chelsea drove to Spring training camp in Florida. Like her owners, Nala the cat relaxed and settled in for the long drive.

The only problem is cats don't relax and settle in for long drives in cars. Not normal cats anyway.

END_OF_DOCUMENT_TOKEN_TO_BE_REPLACED

A female Atlanta Braves fan apparently caught a woman cheating on her husband during the Braves vs LA Dodgers game on Wednesday at Turner Field.

END_OF_DOCUMENT_TOKEN_TO_BE_REPLACED

The AJC reports that police responded to a domestic dispute call at the home of Jones and his wife, Nicole Derick-Jones, in Duluth, a suburb north of Atlanta.