Instagram has changed its TOS again -- this time cracking down on sex workers who use the photo sharing platform to advertise their services.

Instagram's new terms of service went into effect on Sunday, Dec. 20. The new TOS cracks down on any nudity and "adult commercial sexual services or prostitution activities."

"Nudity" is defined as the state or act of being naked (full frontal nudity).

That new TOS will affect OnlyFans models sharing urls to their OnlyFan accounts, as well as rappers who post sexually explicit content on the platform where the majority of users are adolescents and minors.

You can either lose your login or keep it classy like @symply_tacha, who has 1.5 million followers.

Tacha's page is filled with photos of herself fully dressed. Whenever she does show a little skin she leaves a lot to the imagination.

Instagram also cracked down on people requesting or offering or asking rates for escort services and paid sexual fetish or domination services.

In other words, if you wouldn't say it to your mother or grandmother, don't say it on Instagram.

Freddie Gibbs is among the raunchy rappers who lost his login after the new TOS went into effect on Sunday.

Gibbs announced his banishment on Twitter.com on Monday, writing, "I just got banned from gram [sic]. Instagram banned me when I got my super powers," he added in reference to the rumor that Black people gained super powers on winter solstice (Dec. 21).

A popular Instagram model is in police custody after she stabbed her mother and cut out her beating heart, while she was still alive.

Anna Leikovic, a 21-year-old medical student, allegedly stabbed her mother, Praskovya Leikovic, 40, with a knife and cut out her heart, while Praskovya was reportedly still alive. She then cut out her mother's lungs, and intestines.

After mutilating Praskovya (left), Leikovic (right) calmly showered and went out on a date with her boyfriend.

"She stabbed her mother with a knife and then cut out the heart of a living woman," a police source said, according to DailyMail.com.

"It is hard to believe but she cut out the heart in the most literal sense of the word."

She was filmed lying down on a bench while grooming her nails in the courtroom.

When asked by a journalist whether she had killed and mutilated her mother, Leikovic laughed and replied: "Goodbye."

An uncle told a reporter her mother returned home from working in Germany and believed her daughter was strung out on drugs.

He said Praskovya arranged for Leikovic to enter a drug rehab facility. He couldn't believe that his niece stabbed his sister to death.

"It took two hours for the police to tell me Anna is the main suspect. I could not even imagine this," he told a reporter.

Leikovic's nearly 13,000 Instagram followers were stunned by the news. Many continue to leave words of sorrow and anger under her photos. 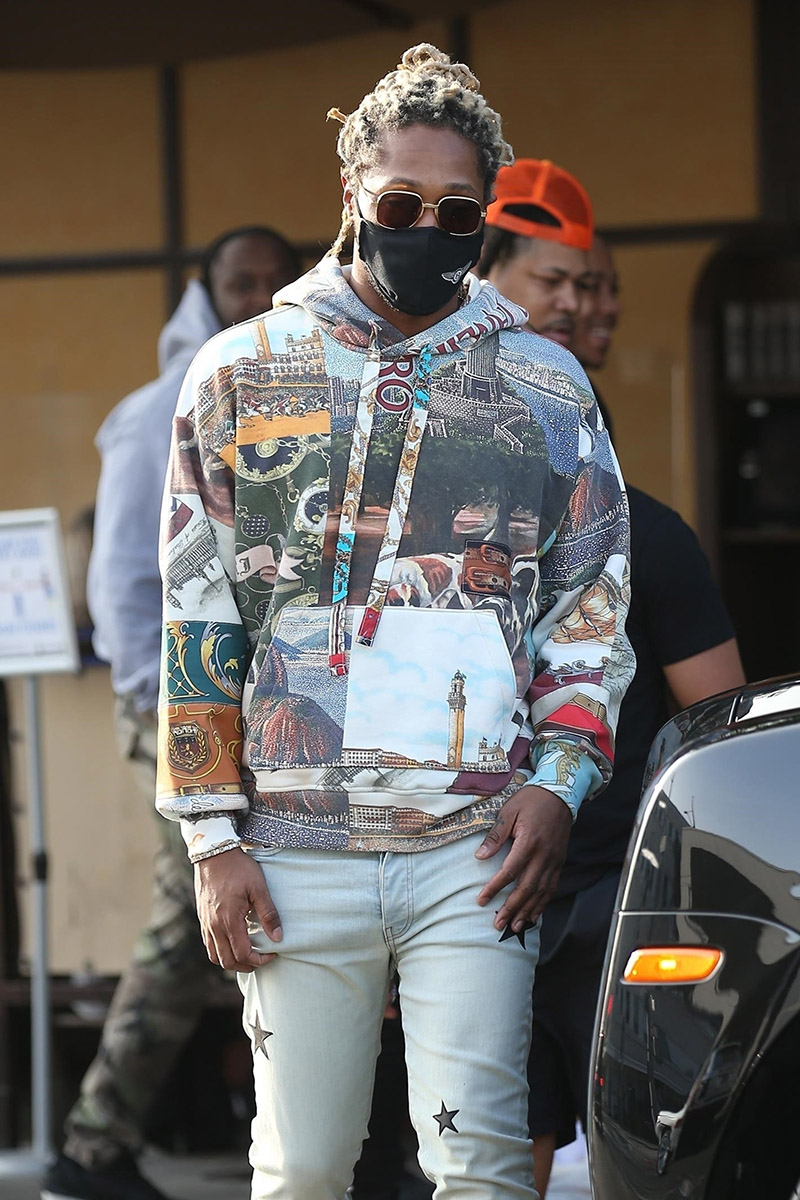 An Instagram model claims promiscuous rapper Future Hendrix offered her $20,000 in cash to abort a fetus that would've been his 9th baby.

She accepted his offer. 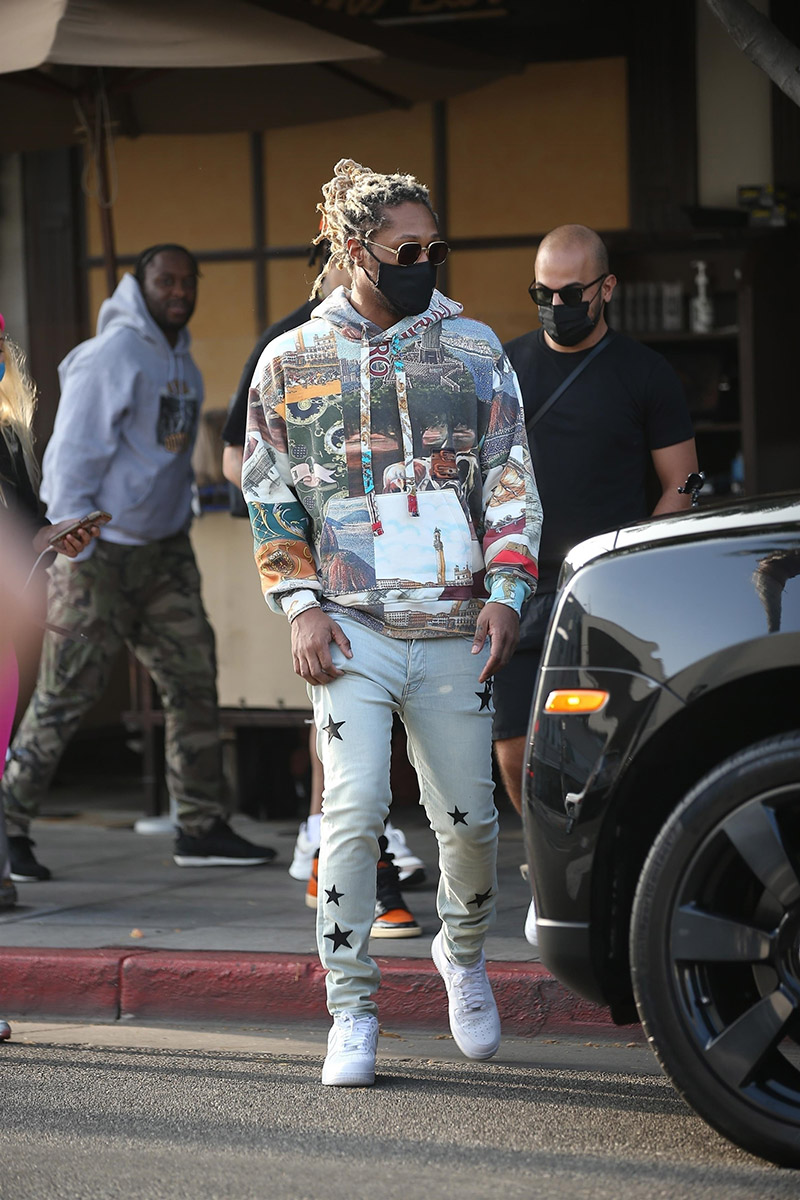 One text reportedly sent by Future reads: "Last thing u need to worry about is money. U showing you can't be trusted. Friday no excuses." 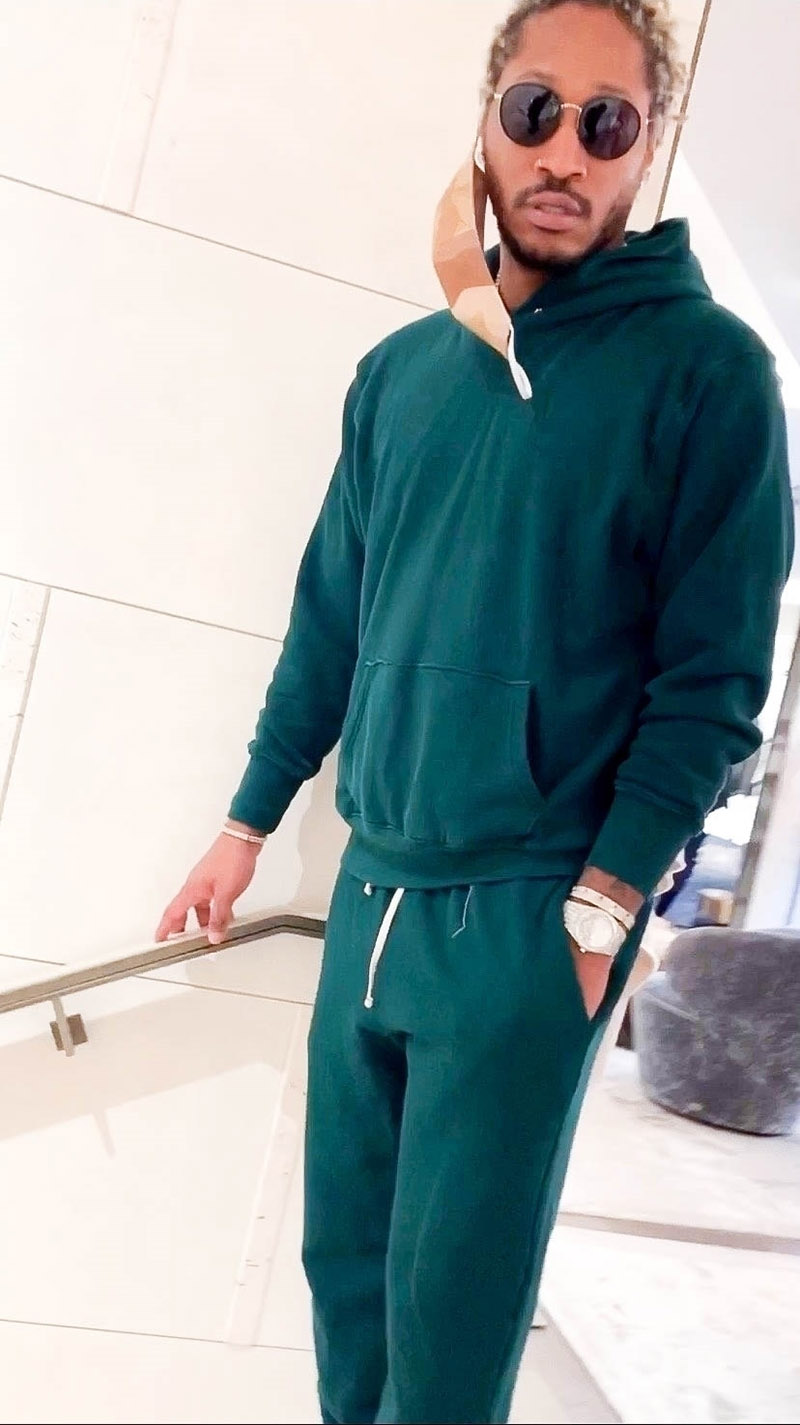 The IG model reportedly accepted the cash even though she would've been set for the next 18 years if she delivered the baby. Times are hard right now for sex workers and Instagram escorts amid the Covid-19 lockdowns.

The 23-year-old Sagittarius won't even speak to a man unless he's a killer. And not just any killer -- he has to be a serial killer.

"Please have at least 3 body's [sic] before you talk to me Boy I like killers," she tweeted on Tuesday.

The Doll's hardcore tweet was a little too gangsta for most of her female followers to relate to.

"I ran over a puppy before- I cried but I'm still a G," wrote one Twitter user.

Another tweeted: "Only thing I killed was 2 gold fishes and a hamster that count?"

A salty man wrote on The Coli: "23 year old hopeless bytch who just like other hoes say that type of shyt until a bullet get lodged in they back."

Asian Doll is still a role model to many of the youth on her timeline.

One girl wrote: "Can you tell us how you can be so confident cause a lot of us younger girls need help with our confidence and being ourselves and not caring what anybody else has to say."

One of The reason I’m starting a modeling agency ? https://t.co/X6FbRSpzQU

Doll is best known for her 2016 mixtape Drippin In Glo, and for showing off her surgically enhanced bod on IG where she has 2.1 million followers.

Today's Morning Glory is the curvy Edwina Wehjla, aka The Alchemist, and CEO of @thechargedupcircle & Forginiron clothing.

Edwina is a 20-something business woman and fitness enthusiast who graduated from medical school.

Edwina and her business partner Chadoy Leon ([pictured) created Forginiron clothing line to "revolutionize sports wear for the everyday man and woman," according to her website. "Forged by iron minds, Forginiron goal is to represent all who find joy in dominating their goals, while wearing pieces that are a fusion of practical activewear and highly functional-forward thinking fashion. Each distinctive garment is tailored to conspicuously compliment your body."

Check out Edwina's style and poise on her Instagram page. Everything she wears is available on her website.

Ladies, you are in for a treat! Feast your eyes on today's Morning Wood. Male model Marshall Price is a handsome, athletic, well-dressed example of masculine pulchritude.

Marshall is the whole package. Speaking of packing, I wish I could post more of his Instagram photos but they are definitely NOT safe for work. So if you're not working from home, don't visit his Instagram page.

If you are working from home, help yourself to his goodies at onlyfans.com/marshallprice.

When you’re thirst trapping? and notice you’re actually thirsty for real ? ??? ?Hit that link in my bio if you thirsty then #thirstythursday #onlyfans 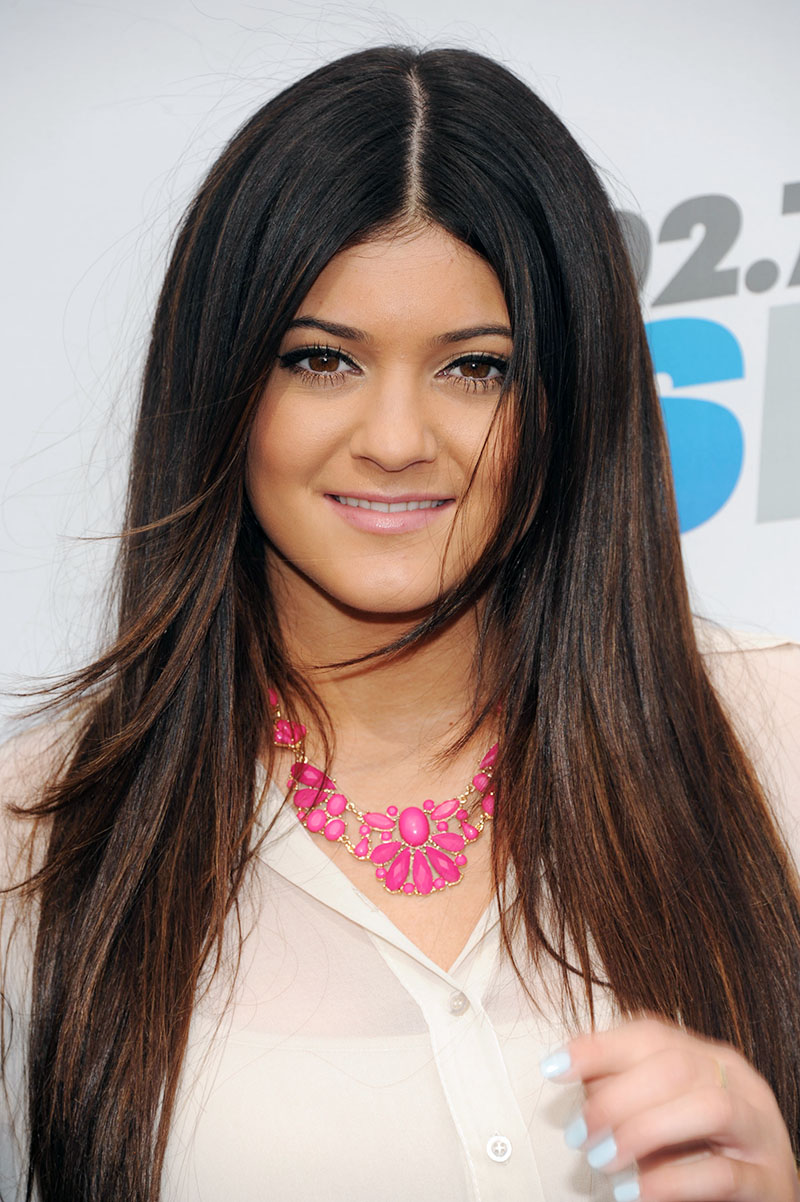 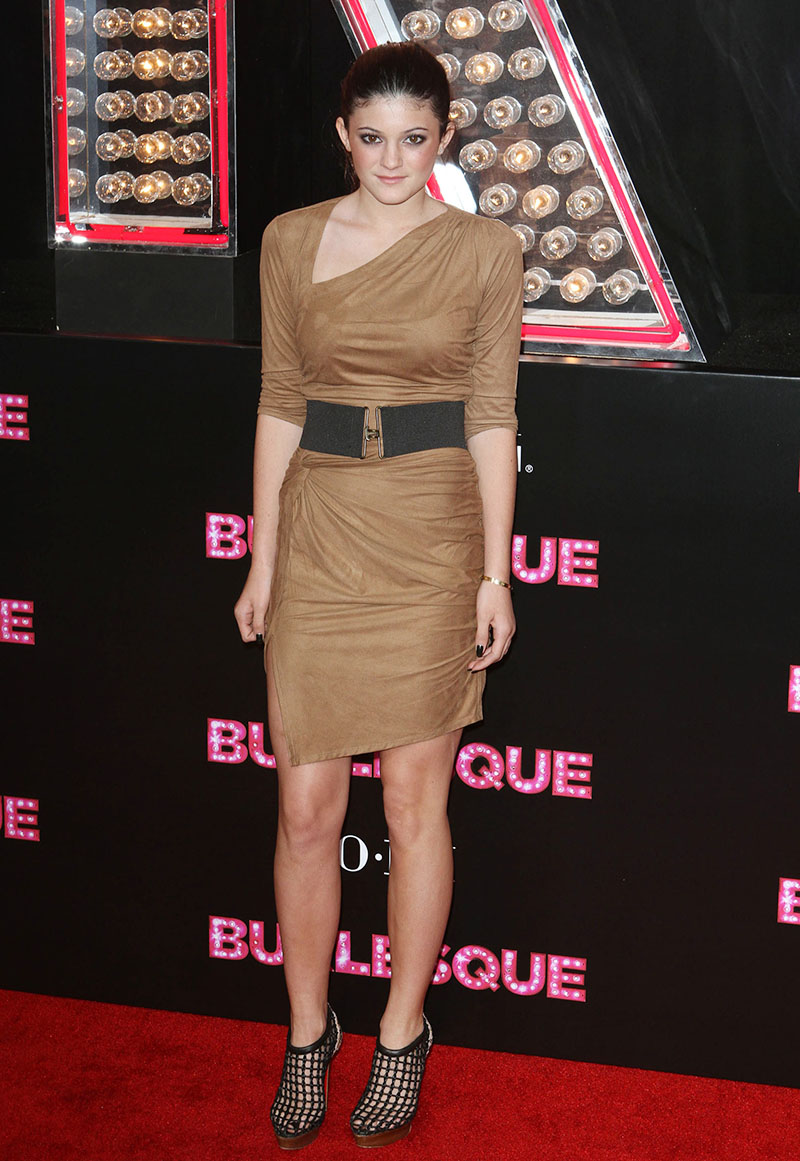 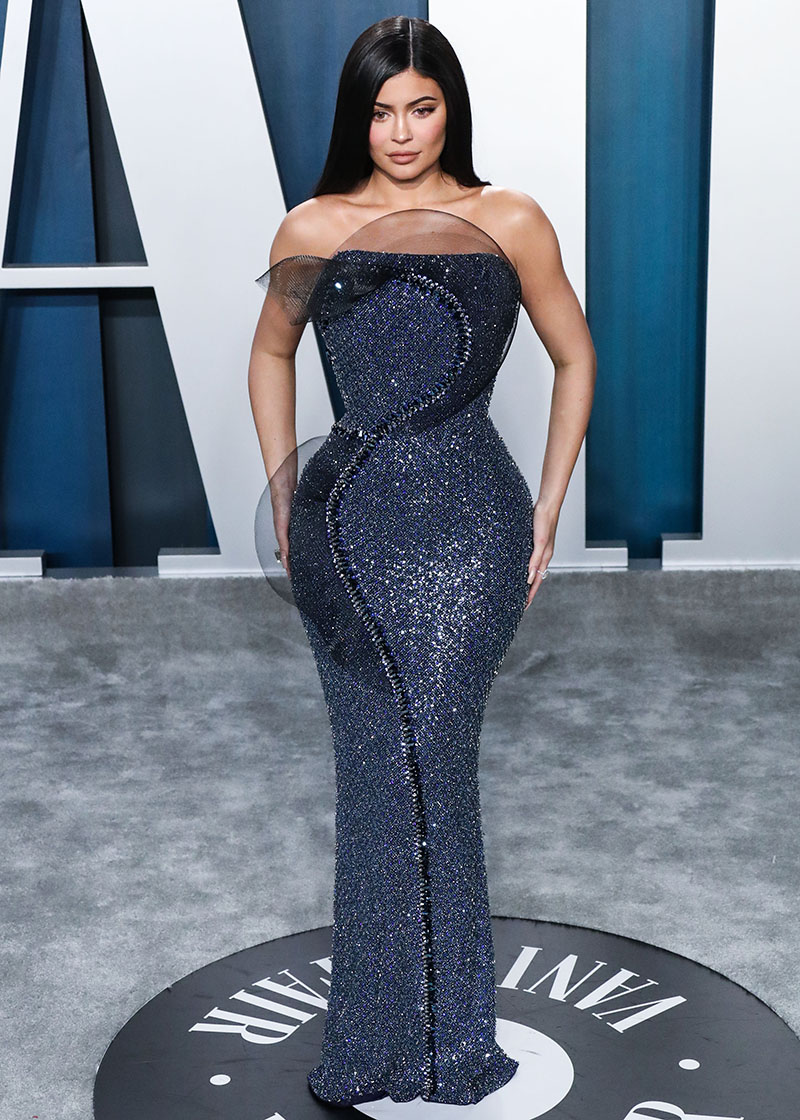 A popular Instagram model was outed as a suspected male-to-female transgender, sparking a furious backlash that ended with the IG model deleting their profiles.

END_OF_DOCUMENT_TOKEN_TO_BE_REPLACED

A popular Instagram model thought of a brilliant idea to make some extra money off of her largely male following. The only problem is her enterprising idea is causing women to break up with their boyfriends.