Halle Berry is reportedly at peace being a single mom to her 2 children, Nahla and Maceo. Berry, 50, was spotted wearing an all black outfit with grey boots as she headed to lunch with a friend in West Hollywood, CA. Friends say Halle, 50, is done with dating and plans to just focus on being the best mom she can be. 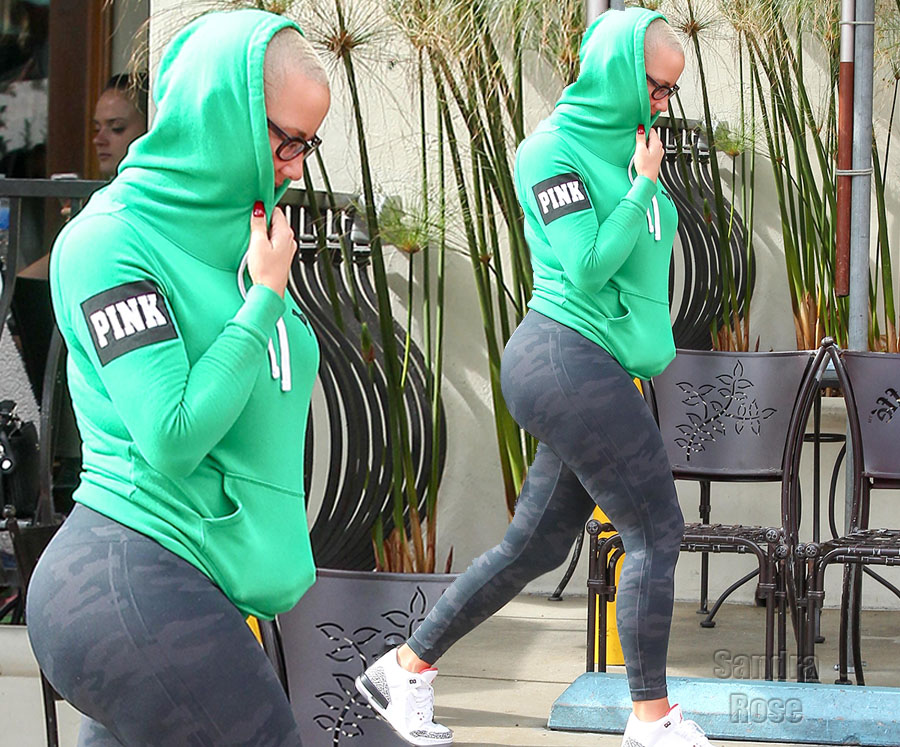 Amber Rose was seen out & about wearing a green hoodie in Los Angeles on Friday. Rose, who was kicked off this season's Dancing With the Stars, appears to have kept her appointment with a cosmetic surgeon. She has a lot going on behind her.

Bajan singer Rihanna, 28, was spotted after landing at JFK Airport on Friday afternoon on a flight from Paris. The singer bundled up in a large North Face jacket to weather the frigid temps in New York. RiRi accessorized her oversized Eskimo coat with a Prada printed True Love tote bag and army combat boots.