The Atlanta Dream won't bring back two disgraced WNBA players seen brawling in a viral video on social media over the weekend.

"The behavior in the video is unacceptable and does not align with our values as an organization," the Dream said in a statement Monday.

"We are taking this matter very seriously and working with the league to gather more information and determine next steps."

Cell phone video shows Courtney Williams and Crystal Bradford fighting with a group of women outside a day club in Atlanta back in May.

Williams and Bradford, along with former WNBA player Kalani Brown (pictured), towered over their opponents while throwing punches. 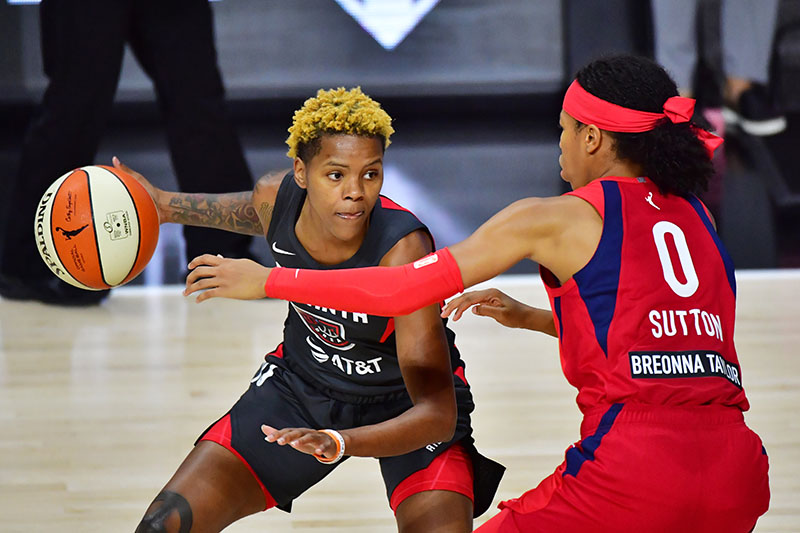 Williams, the team's only All-Star this season, has apologized for her behavior.

I want to sincerely apologize for the video posted yesterday. I would never want to represent myself or the organization in a negative way. I’m learning everyday so I ask for grace as I’m growing. Again I apologize to all attached, and I will be better moving forward.

WNBA players' agent, Marcus Crenshaw said Atlanta Dream executives knew about the fight when it happened in May, but chose not to discipline the girls then.

"I talked to them, and they told me they didn't want to bring both back," Crenshaw told Girls Talk Sports TV in an Instagram Live chat on Tuesday.

"The team knew about the situation months ago. Right now, the team is trying to act like they have the morals, and [they're] making [the players] some sort of scapegoats by saying they got put off the Dream because of the altercation."

Crenshaw said both players will be unrestricted free agents. He said the Dream probably let them go because the organization is embarrassed by the incident.