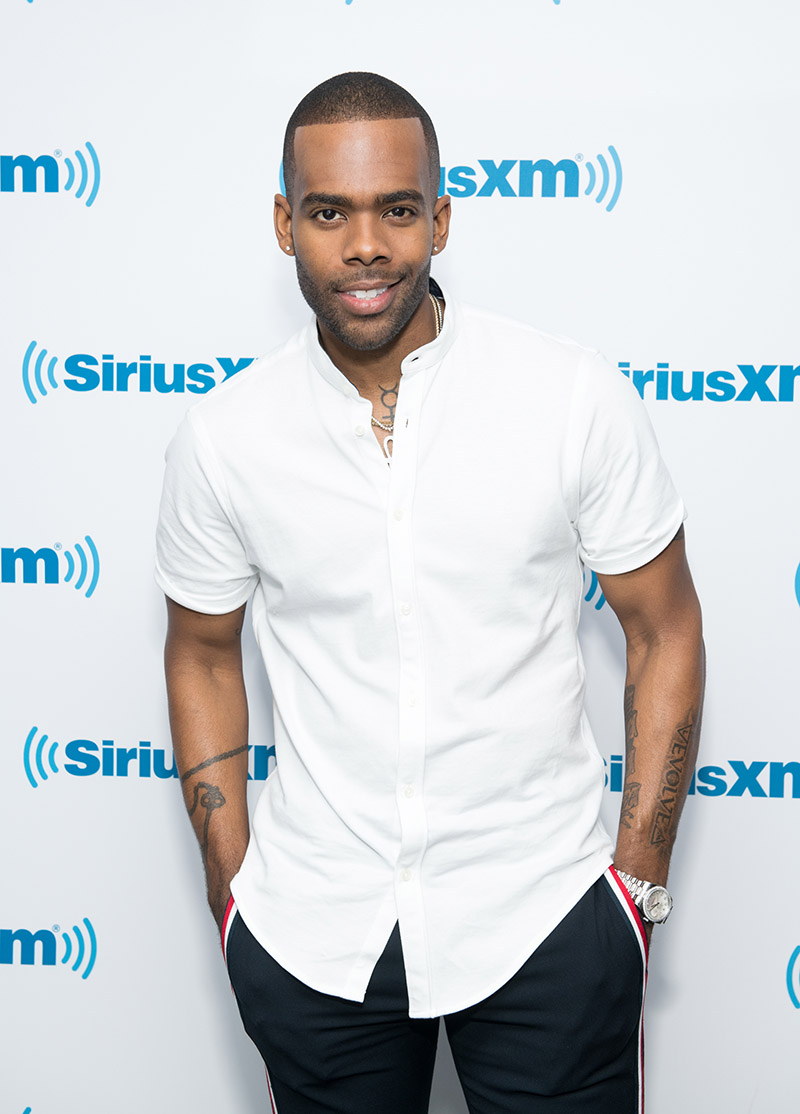 Mario was nearly shot dead by Miami police officers -- until a female officer recognized him and ordered her colleagues to put their weapons down.

The "Let Me Love You" crooner told the New York Post's gossip column Page Six that, back in March, he was driving in Miami with a friend who has a license to carry a concealed gun, when his pal got into an argument with another man.

"(My friend) pulled out a gun and so did the other guy, so I got out to defuse the situation," Mario said, adding that his pal's baby daughter was in the back seat at the time.

"My boy got in his car, he put his gun in the armrest, and then he went to this building to use the bathroom and left the gun." 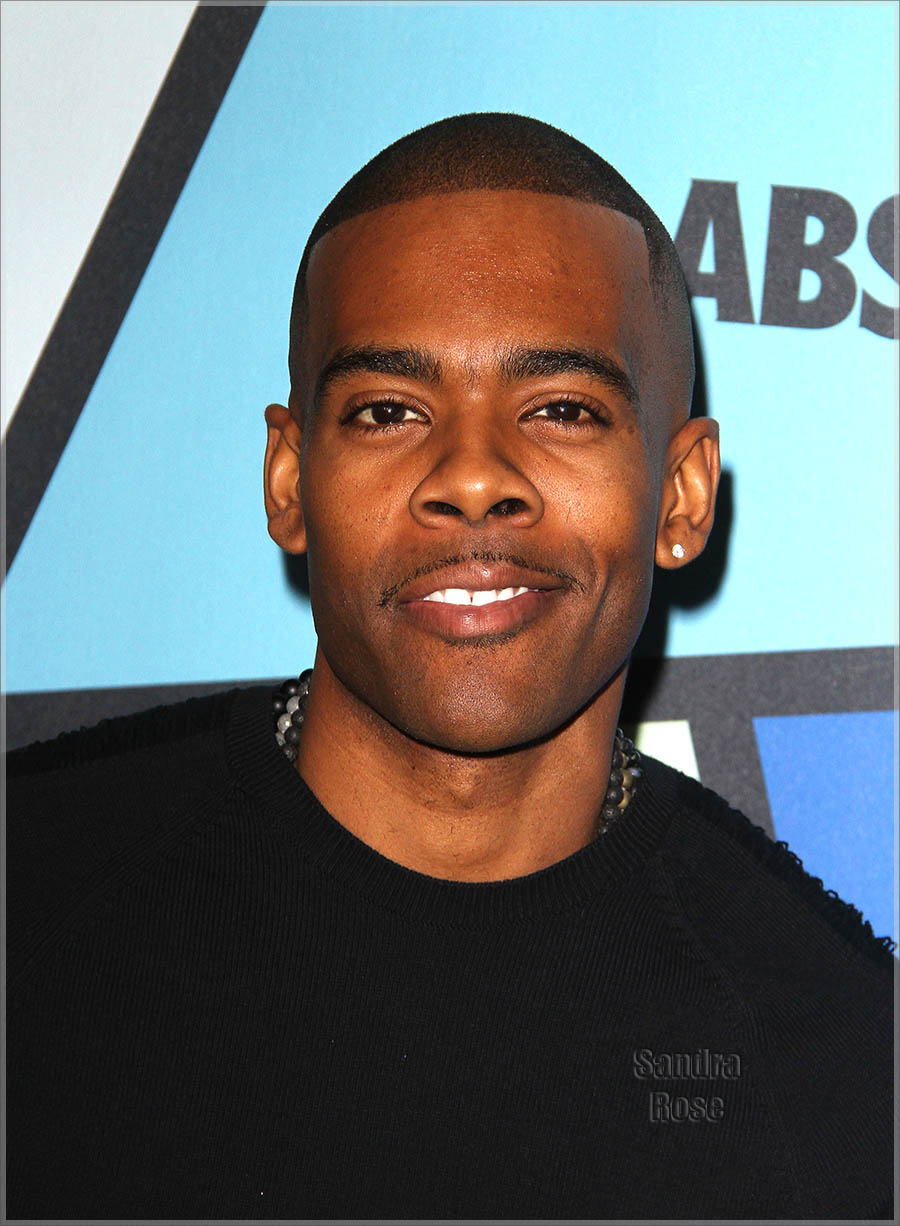 Mario didn't realize a witness called the cops, who arrived at the scene when he was in the car - along with his friend's firearm.

"So I'm in the car; the gun's right there," he said, adding the child was still in the car. "Two cops came up to the car with their guns drawn, shouting. I forgot about the gun that was in the armrest, (so) when they asked me if there were any guns in the car, I said, 'No there's no guns in the car'."

According to the hitmaker, the officers drew down on him, their fingers on the triggers, until, "this lady cop appeared and was like, 'Wait, wait, wait. Aren't you Mario?' And I was like, 'Yeah.' But I forgot about being Mario at this point. I'm just like, 'Please don’t shoot me.'"

He said: "From there, she told the guys to put their guns down... So yes, I've experienced racism, but I've also experienced privilege as an artist... As an artist, I will say we do have privilege... Whether it is sports, entertainment, we see power in all these different spaces, but with that also comes privilege."

Singer Toni Braxton was spotted leaving the Ritz Carlton hotel today in Berlin, Germany. She was heading to her soundcheck for the Duft Show 2010. Doesn't she look stunning for 41?!

There's a new media slut in town and her name is Dez. You might know her from the many paparazzi pictures of her strolling with her BFF Amber Rose (has anyone seen her lately?) Anyway, Dez is always passing herself off as Amber's "sister" to hide the fact that she and Amber are more than just friends.

The two allegedly met when they both stripped for loose change in a Philly gentlemen's club in their hungrier days. Nowadays they both find that acting as undercover beards for high profile men is a much more lucrative gig than swinging from poles.

END_OF_DOCUMENT_TOKEN_TO_BE_REPLACED

Earlier I posted a photo of R&B crooner Mario and "his significant other" out & about in NYC last night. A label rep emailed me expeditiously to identify the man in the photo with Mario as being his manager, J. Erving III, son of legendary NBA player Julius Erving.

Mr. Erving is quite legendary here in Atlanta (as Wendy Williams would say). But he isn't known as a back packer. Let's just say that "ladies man" would not be an inaccurate description of him.

But, Mario, on the other hand... uh, how U doin' Mario? Awwriiight!

I was viewing your site, and got the Mario story and noticed you pointed an arrow towards the guy that was standing behind Mario.. That is J. Erving, son of Dr. J the basketball player. He is Mario's business manager, and handles a lot of his business dealings. I should know, as I have worked with Mario and his business manager in the past. He was actually on the cover of Black Enterprise Magazine a few issues back(as I have attached for you)..

I just received an email from an inside source who claims the singer Mario is very much "How U Doin' " and he stepped out with his significant other in NYC last night. I could be wrong (as I so often am), so please don't quote me on this. But I'm trying to figure out who is the top and who is the bottom. What do you think?

In this YouTube video, a multitude of R&B and rap stars from Brandy to Keri Hilson ask the question "Who is Ester Dean?" Please don't think that I'm only posting this video because Ester is a perfect example of dark chocolate couverture. I honestly think the girl is talented.

Thanks to loyal reader Fairley M. of UMusic for the video link!

Rapper Maino puckers ups to Liris Cross. I have no idea who she is either.

Mario, Maino and Teyana Taylor were the only real celebs at the party. That's if you can call Teyana Taylor a celebrity. What does she do again?

Clumsy ox Beyonce got her cowboy boots caught in PVC fencing at a pool party held in Brooklyn, New York yesterday. Neither Jay Z or Bey's bodyguard assisted her. They just looked the other way.
Photo: INF DAILY

Pop singer Rihanna was in complete shock when a paparazzi informed her that popular DJ AM was found dead of a drug overdose in his SoHo apartment Friday afternoon. I'm sure this was her reaction after the pap told her that a crack pipe and half baggie of crack was found between his legs.

But Ri Ri recovered quickly and signed autographs before escorting her little brothers Rorrey and Rajad Fenty into a theater to view The Lion King on Broadway Saturday night.
Photos (2): Splash News Online

END_OF_DOCUMENT_TOKEN_TO_BE_REPLACED

Local businessman and promoter Alex Gidewon of AG Entertainment celebrated his 25th birthday last week at popular industry nightspot Door 44. The club reached capacity quickly and many guests were turned away. But those lucky enough to make it inside experienced a night to remember!

Thanks to Prince Williams of ATLPICS.net for the exclusive pics!

MORE pics from AG B-Day Bash after the break!