16-year-old Mikayla Miller was found hanged from a tree just steps away from her apartment in Hopkinton, Massachusetts on April 17.

She reportedly binged on drugs and suffered a mental health crisis in the days before she died.

Mikayla's death touched off baseless rumors on social media that she was lynched by four white teenagers following an altercation.

Mikayla reportedly fought with the teens, including her ex-girlfriend, Kaitlyn Anderson, in the clubhouse of her apartment complex.

Kaitlyn would later admit to punching Mikayla in the mouth during a scuffle when she went to Mikayla's apartment to pick up clothes after their breakup.

Kaitlyn reportdly asked her friends, two boys and 2 girls, to go along with her to Mikayla's apartment that night. One of the girls, the driver, reportedly stayed in the car.

"I don't trust her alone with herself and I'm scared she might hurt herself. She tore up her room and she's screaming and yelling," Kaitlyn wrote in the email.

Mikayla's mother, Calvina Strothers, was away in Chicago visiting her boyfriend at the time.

Murray replied that she would check on Mikayla but she apparently never followed up.

After the emails were sent, the troubled teen Face-timed Kaitlyn and attempted to kill herself with the same belt that was found looped around her neck on April 17.

In text messages to a friend before she died Mikayla detailed her drug use (Xanax, mushrooms, marijuana, alcohol). She admitted harassing Kaitlyn with spam text messages and phone calls.

Mikayla's mother raised over $42,000 on GoFundMe page for an "independent investigation" into Mikayla's death.

Strothers did well for herself financially even before setting up the GoFundMe page. She and Mikayla lived in a $3,800 a month condo. She drove a Mercedes-Benz and purchased a new car for Mikayla -- all on a part-time hair dresser's salary.

Mikayla reportedly spent weeks home alone while her mother jetted off to Chicago to be with her boyfriend.

Strothers attended a vigil for Mikayla in Hopkinton on May 6. Se told a crowd of 1,000 people "I'm never going to see her get her license and drive the new car that is still sitting in my driveway, graduate from college, fall in and out of love, get married, have kids."

State law enforcement officials initially ruled Mikayla's death a suicide. But pressure from her mother and community activists prompted police to take a closer look at the evidence.

Black Lives Matter activists and congresswoman Ayanna Presley blamed the 5 teenagers for Mikayla's death. The FBI was asked to take over the case.

Tracking Mikayla's steps on her iPhone's Health app, investigators determined she walked about 1,316 steps -- roughly the distance from the complex into the woods where her body was found the next morning.

Additionally police pulled surveillance video from a McDonald's that shows the two boys were eating inside the restaurant when Mikayla died.

GPS signals placed Kaitlyn and the other two girls miles away. Middlesex district attorney Marian Ryan confirmed none of the teens were in the woods that night. 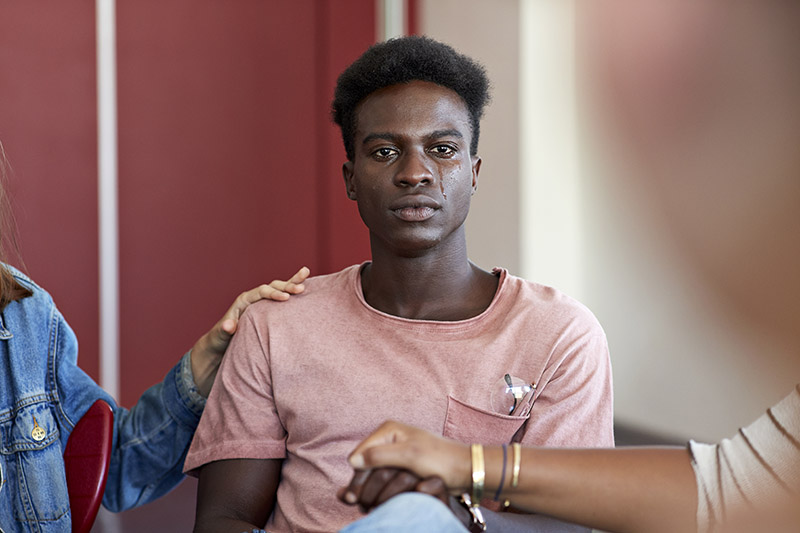 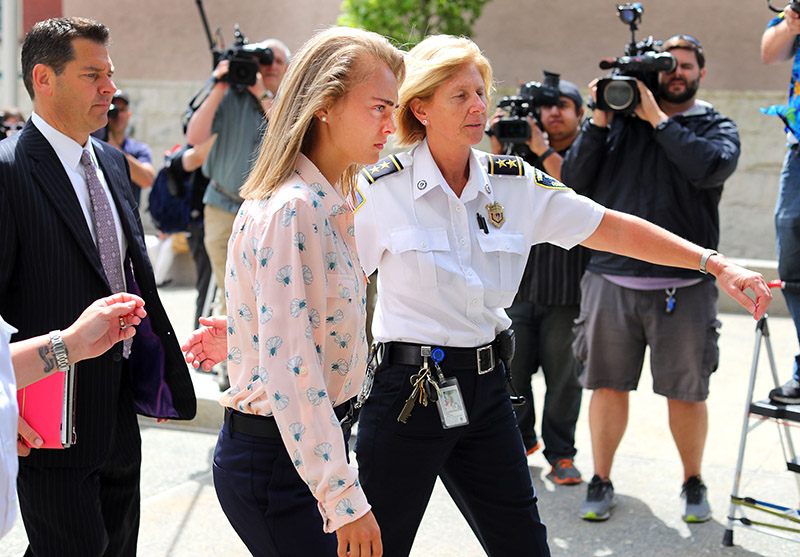