The following Blind Item is not mine. Please direct your inquiries and complaints to the original source.

END_OF_DOCUMENT_TOKEN_TO_BE_REPLACED

Listen to a snippet of new music by British chanteuse Adele titled "When We Were Young," off her upcoming album, 25, in stores Friday, Nov. 20.

Adele, who is in New York promoting her album, recorded the song with singer-songwriter Tobias Jesso Jr., whom she described as her favorite collaborator. The song has a 70s vibe to it that Adele says she loves.

END_OF_DOCUMENT_TOKEN_TO_BE_REPLACED

Actress and singer Jennifer Lopez was unbothered when she was hit with a confetti-bomb by a hideous clown at LAX airport in Los Angeles, CA., on Tuesday.

END_OF_DOCUMENT_TOKEN_TO_BE_REPLACED 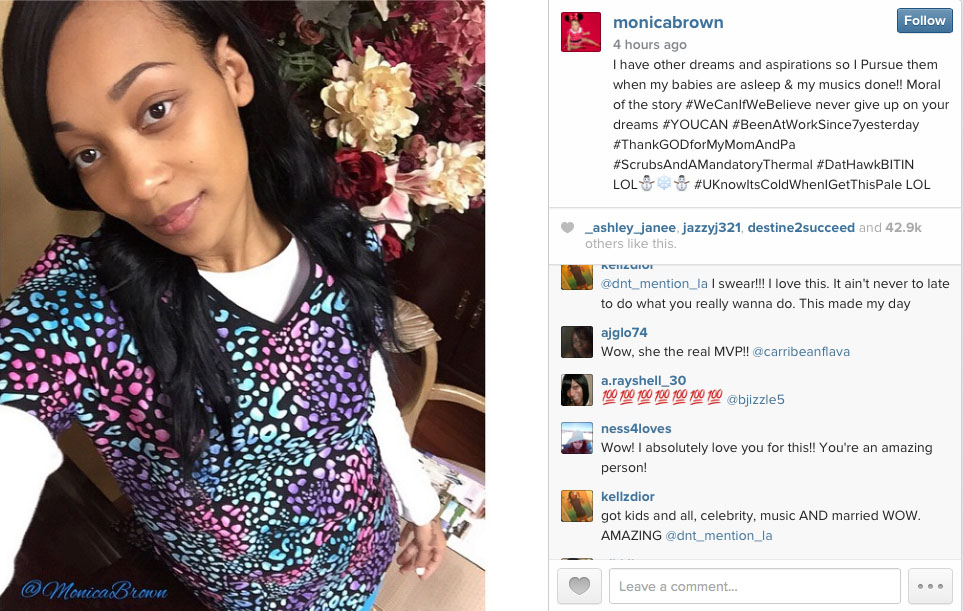 END_OF_DOCUMENT_TOKEN_TO_BE_REPLACED

Here is singer and reality TV star Tamar Braxton as we've never seen her. The new mom posed for Flaunt magazine in a series of whimsical fashion photos that reveal her inner drag queen.

Inside the mag Tamar reveals just how much she hated being pregnant with her and Vince Herberts's son, Logan.

END_OF_DOCUMENT_TOKEN_TO_BE_REPLACED

I had one word when I watched this video after loyal reader Debra emailed it to me last week: shocked!

The video was filmed during a dance competition in California on April 10. It shows 5 scantily clad 8 and 9-year-old girls dancing to Beyonce's hit song "Single Ladies."

Now that the video has gone viral all over the Internet, two of the parents have come forward to defend their lack of parenting skills. The two parents appeared on Good Morning America today (I guess the other parents were too embarrassed to show their faces on TV).

Another parent, Melissa Presch, defended the children's skimpy outfits, which she claimed were necessary for flexibility.

"The costumes are designed for movement, unrestricted movement and to show body lines," she said. What body lines???

"We're very proud of our daughters and their accomplishments," she added.

Well, I hope that in a few years these two idiot parents will be equally as proud when their daughters come home knocked up and make them instant grandparents.

END_OF_DOCUMENT_TOKEN_TO_BE_REPLACED

Ciara must be forgetting that she's not living in Bankhead Courts any more? Local residents in LA called the cops on CiCi to complain about her loud music. Narcissists typically don't consider the rights of others:

Singer Ciara had a brush with cops on Tuesday night (May 11) when a playback of her new songs prompted complaints from local residents.

The Goodies hitmaker was celebrating a pal's birthday in Los Angeles when they decided to continue the party in a nearby parking lot.

Ciara insisted it was the perfect time to unveil her latest recordings to her friends - but their raucous reactions resulted in a visit from police officers. Read More...

She even posted pics of herself with the cops on her Twitter page (I know, slow news day).

They say that pop singer Rihanna is being pushed by her mentor Jay Z to be the face of a new chain of burlesque themed nightclubs. Rihanna and her bestie, Melissa, partied at the swanky Mahiki nightclub until 4:30 am last night.

Over the weekend, Keri Hilson along with Cat Deely of "So You Think You Can Dance" was invited to a private dinner at Neiman Marcus...

END_OF_DOCUMENT_TOKEN_TO_BE_REPLACED

Usher's live performance on the Oprah Show today was spectacular! He performed his entire routine without losing his breath or his step. That's the mark of a consummate professional!

Usher and Will.I.Am performed his #1 hit "OMG" while Oprah giggled like a school girl on the side of the stage. At the end of his performance, Usher tossed his sweaty sunglasses over at Oprah who caught them and put them on! Great performance!

END_OF_DOCUMENT_TOKEN_TO_BE_REPLACED

Right off the bat, new mommy Christina Milian is showing her tendency to be a hands-off mom by using a nanny. A lot of new moms are timid like that. Plus, Christina has a fading music career to resurrect (if that's at all possible).

Christina is looking fine as I don't know what with all that white on. While shopping yesterday, I picked up a few all white outfits for myself. LisaRaye is starting a new trend!