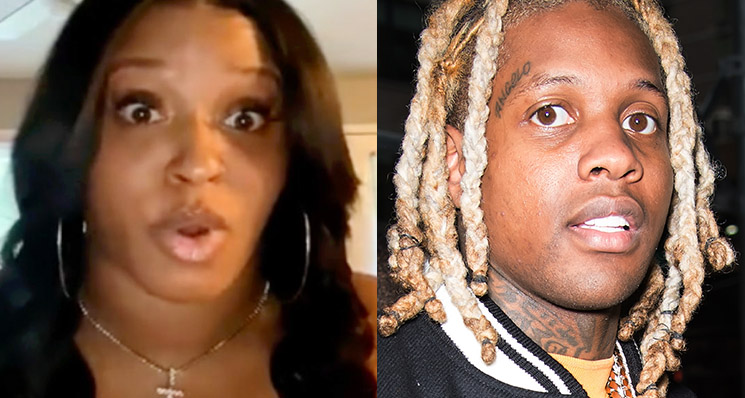 One of Lil Durk's baby mamas, Travonna, aired him out after he failed to show up in court for a child support hearing.

The Chicago gang banger-turned-rapper claims seven children by 6 women. But Travonna insists he also fathered her 8-year-old son, who would be Durk's 8th child.

Travonna doesn't hide her disdain for Durk on social media. She regularly drags the drill rapper for not being there for his son.

Travonna took to Instagram after Durk was a no-show in court this week. She said he lives for "entertainment" and "validation" from his fans on social media.

"Court was today and he didn't show up now he has a point to prove he lives for the world's entertainment instead of living reality he left Romeo out because he had to feed his ego and get validation from his fans trust me God gon handle this and I won't stop this is foul play and durk knows it @lildurk come to court so we can get this over with bro [sic]."

Unlike Durk's other baby mamas, Travonna didn't take him to court to prove paternity until after he became a star.

The Black community is flooded with fatherless sons. Durk admits he's not doing his part for the 7 kids he publicly claims.